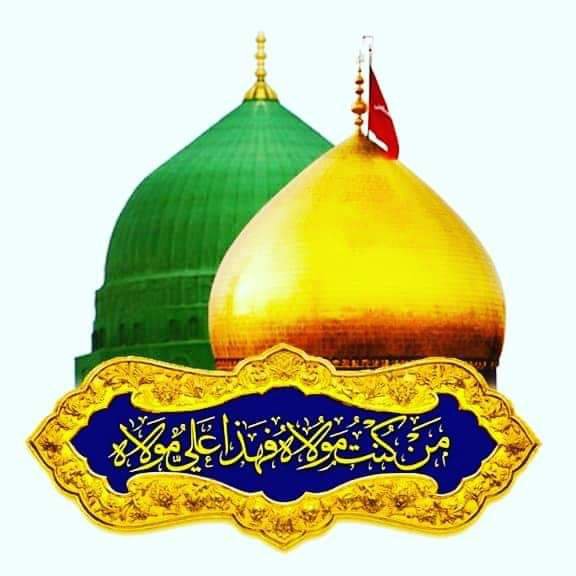 These narrations clearly say that Imam Ali will fight on interpretation of Quran after the Holy Prophet. We know already that the Holy Prophet declared about Imam Ali that Ali is from me and I am from Ali, he is responsible to carry my message (hadith e Ghadir), No one can convey on my behalf except myself or Ali. We also know this bitter reality that unfortunatly who fought with Imam Ali and thousands of people got killed!

‘A’isha reported that Allah’s Apostle (ﷺ) went out one norning wearing a striped cloak of the black camel’s hair that there came Hasan b. ‘Ali. He wrapped hitn under it, then came Husain and he wrapped him under it along with the other one (Hasan). Then came Fatima and he took her under it, then came ‘Ali and he also took him under it and then said: Allah only desires to take away any uncleanliness from you, O people of the household, and purify you (thorough purifying) 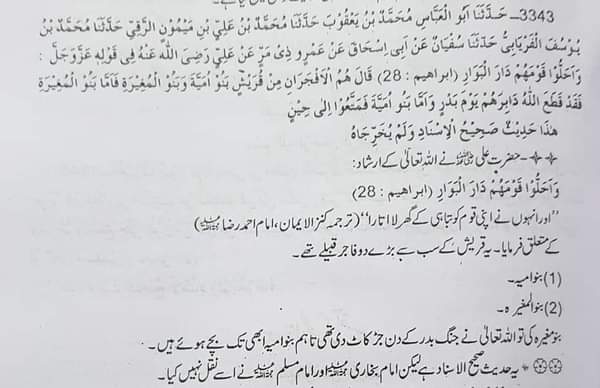 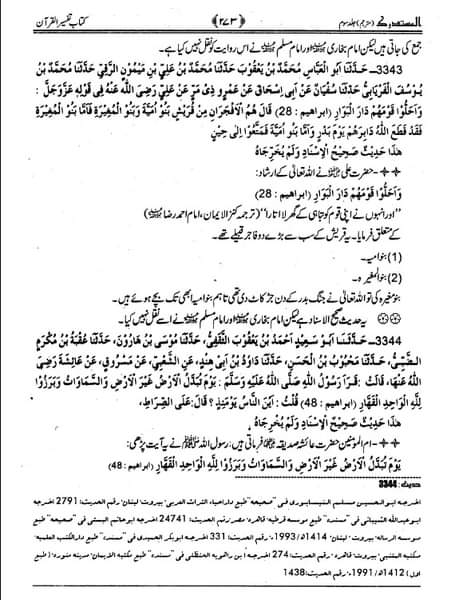 He (Ibn Sa`d) said: Hishŕm Ibn Muhammad Ibn al-Sa’ib al-Kalbi informed us on the authority of his father; he said:

The father of Ibrahim was a resident of Harrán; (Cf. Genesis, Chapter 12, verse 31, which runs thus: And Terah took Abram, his son,-and they came unto Haran and dwelt there) it was one year struck with famine, so he migrated to Hurmuzjurd (Al-Tabari says the name of the place was Kutha, vide Vol. I, p. 119) along with his wife, the mother of Ibrahim, whose name was Nuna the daughter of Karanba Ibn Kutha from the family of Arfakhshad Ibn Sam Ibn Nih.

He (lbn Sa`d) said: Muhammad Ibn ‘Umar al-Aslami informed us on the authority of more than one scholar; he said:

He (Ibn Sa`d) said: Hisham Ibn Muhammad informed us on the authority of his father; he said:

Ibrahim’s maternal grandfather, Karanba, dug the Kuthŕ canal; his (Ibrahim’s) uncle was the custodian of the idols of the king Nimrudh (Nimrod). He was born at Hurmuzjurd (Al-Tabari says: There is difference of opinion about his birth place. It was al-Sus, or Babylon or Kutha or al-Warka or Harran vide Vol. I, p. 119) and he was given the name of Ibrahim. Then he migrated to Kutha, a place situated in Babil (Babylon). When Ibrahim came of age he opposed his people and preached to them that they should worship Allah. Having received this news the king Nimrudh imprisoned him for seven years. Then he erected a compound with stones and piled dry pieces of wood in it; then he kindled fire and threw Ibrahim in it. Ibrahim said: Most Excellent is He in whom I trust. He, then, came out safe, unhurt. (Cf. al-Tabarl, Vol. I, pp. 123-124)

When Ibrŕhim move from Kutha and came out of the fire, he spoke Syriac; but when he crossed the Euphrates from Harran, Allah changed his language and as he had crossed the Euphrates he was called `Ibrani (Hebrew) Nimrudh sent (a party) to pursue him with these instructions: Do not let escape any one who speaks Syriac; bring him before me. They overtook Ibrahim but he was talking Hebrew, so they let him go and could not understand his speech

He (lbn Sa`d) said: Hisham Ibn Muhammad informed us on the authority of his father; he said:

Ibrahim migrated from Babylon to Syria where Sarah (Sarai) came and offered herself to him. He married her and proceeded with her to Harran (Haran); he was thirty-seven years old. There he sojourned for a short time and then proceeded to Urdun (Jordan) where he stayed for some time; then he departed for Egypt where he lived for some time. Then he returned to Syria and alighted at al-Sab`a, a land between ‘Iliyŕ, and Palestine. There he dug a well and erected an altar. Some of its residents harassed him and he departed from there and came at a place between al-Ramlah and ‘Ilya. There also he dug a well and he grew in prosperity and obtained wealth and slaves. He was the first to receive guests and the first to prepare tharid (This is the name of a dish in which crumbs of bread are soaked in syrup or soup) and the first to experience old age (Cf. al-Tabari, Vol. I, p. 160)

Ibrahim prayed to Allah to grant him benevolence. In response two-third of his head turned grey. Thereupon he exclaimed what it was! He was informed that it was a warning in this world and lustre in the hereafter.

Ibrahim’s patronymic was Abu al-Adyaf (father of the guests).

Ibrahim got him circumcised at al-Qaddum at the age of one hundred and twenty and after that he lived for eighty years.

When, Allah (Himself) chose Ibrahim for a friend, (Al-Qur’an, IV p. 125) and commissioned him as Prophet, he had three hundred slaves whom hé freed. They embraced Islam and fought along with him with sticks. He (Ibn Sa`d) said: They were the first mawlas who fought along with their master.

He (Ibn Sa`d) said: Hishám Ibn Muhammad informed us on the authority of his father; he said:

Isma’il (Ishmael), the eldest of Ibrŕhim’s children, was born of Hŕjarah (Hagar), a Coptic woman, Ishaq (Isaac) who was blind was born of Sarah, daughter of Buthwil (Bethul) Ibn Nahur (Nahor) Ibn Sarugh (Serug) Ibn Arghuwa Ibn Falikh ‘Abir lbn Shalikh Ibn Arfakhshad Ibn Sam Ibn Nuh, and Madan (Medan), Madyan (Midian), Yaqshan (Yaqsán according to al-Tabara, Vol. I) (Jokshan), Zimran (Zimran), Ishbaq (Yashaq according to al-Tabari, p. 160) (Ishbak) and Shukh (Suh according to al-Tabari, p. 160) (Shuah) were born of Qanturah (Keturah), (Genesis, Chapter 25, verse 1-2) the daughter of Maftur who was an aboriginal Arab (‘Arab al-`Aribah). Then Yaqshán’s descendants settled at Makkah and Madyan settled in a town which was named after him and others went to other places. (Prior to their departure) they said to Ibrahim: 0 father ! you allowed Ismŕ`il and Ishaq to live with you and ordered us to dwell in a foreign and desolate land. He replied: I have been so commanded (by Allŕh). (Cf. al-Tabari, Vol. I, p. 160)

He (Ibn Sa`d) said: He taught them one of Allah’s names with which they invoked for rains and succour from Allah. The people of al-Khizr came to those who dwelt in Khurŕsŕn and said: He must be the best of mankind or king who taught you this name, so they called their kings Khaqan. (Cf. al-Tabari, Vol. I, p. 160)

When Ibrahim begot Ismŕ`il he was ninety years old and he was the eldest of his children. Then Ishaq was born after thirty years, when Ibrahim was one hundred and twenty years old. Then Sarah died and Ibrahim married a Kan`ŕni woman whose name was Qanturah. She bore four children to him. They were Madha, Zimrán, Sarhaj and Sabaq.
He (Ibn Said) said: He married another woman whose name was Hajuna who bore him seven children, Nafis, Madyan, Kayshan, Sharukh, Umayyim, Lut and Yaqshan. Thus there were in all thirteen children of Ibrahim. (Cf. al-Tabari, Vol. I, p. 160)

He (Ibn Said) said: Hisham Ibn Muhammad informed us on the authority of his father; he said:

Ibrahim went to Makkah three times. In his last visit he asked the people to perform pilgrimage; every one who heard him complied. The first to respond, even before al-`Amaliq, were Banu Jurhum. Then they embraced Islam and Ibrahim returned, to Syria where he died at the age of two hundred years. (According to the Bible one hundred and seventy-five years, vide Genesis, Chapter 25, verse 7)