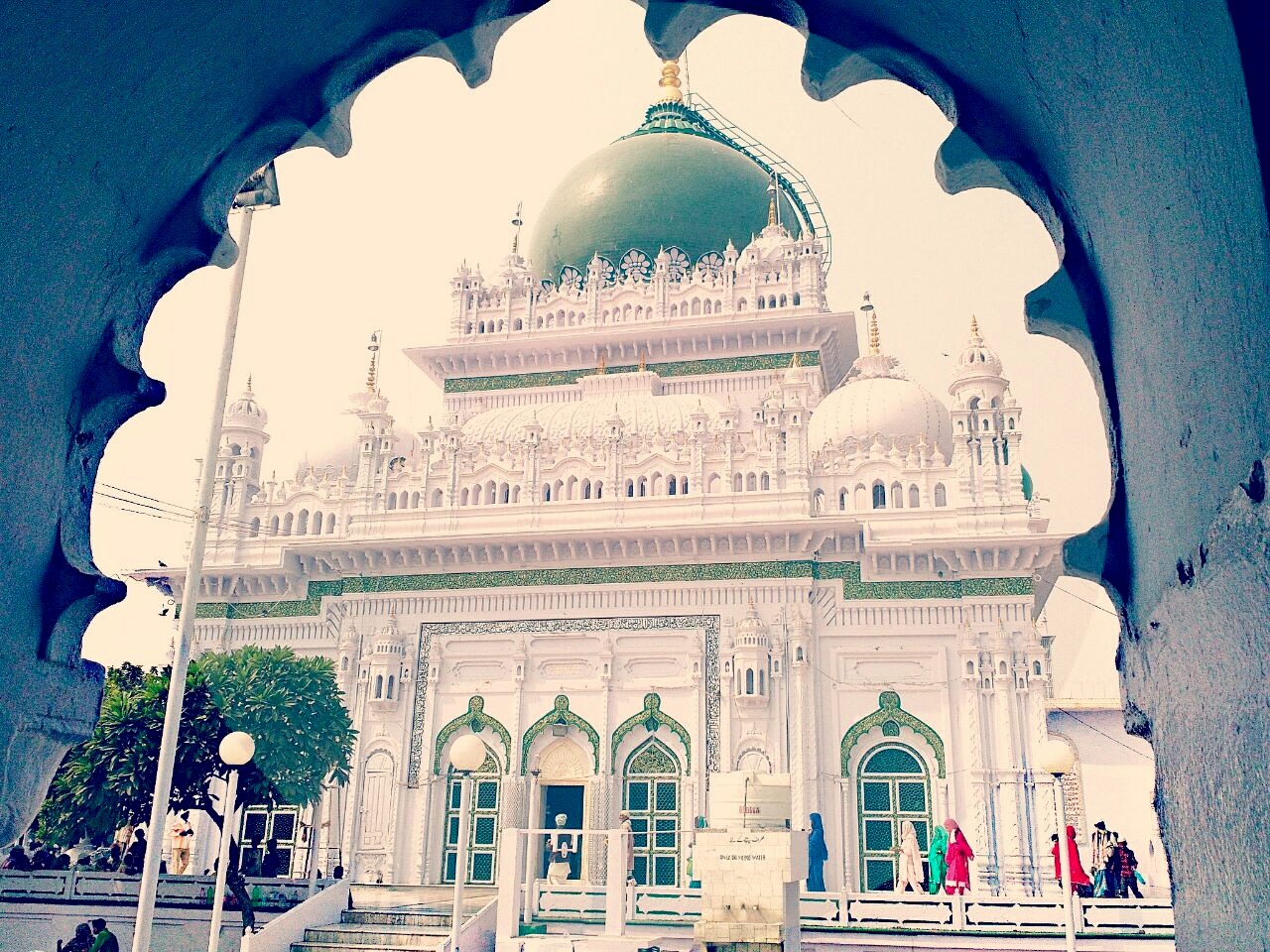 A strange story is told of a Spanish nobleman of the name of Count Galaraza who came all the way from Spain to pay a visit to Haji Waris Pak and to be initiated in his order in London. A disciple of Haji Saheb who was intrested in spiritualism made an exhibition of his powers. They were often thrown together, and the Cont hearing the greatness of his saint set his heart on seeing him. An interview was arranged through a Muslim Student (Another disciple of Haji Saheb ) who was returning to India after being called to the bar, and the Count arrived at Deva eventually. In course of the interview Haji Saheb said to him –

You have come and are united with me. Blessed be your coming. You and I shall be there together.

The Count appears to have been satisfied with the result of the interview, for on his way back he wrote from Paris to a member of his order at Deva to the effect he perceived how their saint had been with him in the divine path from first to last.
it is worthy to note that a number of men educated at British Universities as well as in India were among the followers of Haji Saheb.

Dear Sir
I take great pleasure in answering your question about Warith Aly Shah (WARIS ALI SHAH) and telling you all that i know about him. My meeting with this ascetic was an important event in my life, and it can only be valued by reading the outline of my biography . I love to record it, and when i do so, i feel the fond grasp of gratitude of the sweetest divine attributes.
My connection with Warith Aly Shah is only one between myself and a human being which has not marred by natural imperfections. He was my dearest human friend and he filled my heart even more completely than my mother. In fact, my greatest wish with regard to her was that she might reach his degree of detachment, and thereby be delivered, after her death, from any limited future existence . He summed up all my feeling, and lived within me as a vague ideal long before the day in which I met him in the outer world. The pure consciousness and the heavenly detachment of which he was an expression were already on the horizon of my subconscious self and when I was thirteen years old, and asked H.H. the Majaraja of Kashmir, if there were still any true Yogis in India. I heard of him for the first time in 1902 or 1903 in London. Towards that date, Sheikh Habeeb Ahmed, who came from India, expounded to me some occult speculations of his own, an astrology and philosophy which failed to satisfy me. So the Sheikh told me that if I wanted a higher light I might get it from his master, Warith Aly Shah. This name immediately became for me a lovely center of attraction, a sign of the spiritual degree which was more or less consciously my goal at that time. I therefore conceived the firm intention of going to meet the master. One year before, I had obtained from my parents the permission of spending the winter in Egypt, and I had enjoyed there the solitude which I considered necessary to meditate on divine names, according to a Sufi method which Sheikh Habeeb Ahmed had explained to me. Consequently, I was allowed to go again to Cairo under the care of Hassan Aaskari, my teacher of Arabic. I knew that my parents would refuse to let me travel as far as India, so I took my passage secretly up to Bombay, on the Marmora of the P & O., intending to return quickly to Egypt in order that my mother might not be anxious. I rested in Bombay, then in Lucknow, meditating for about seven hours daily in dark room, as it has been my habit to do so since one or two years. 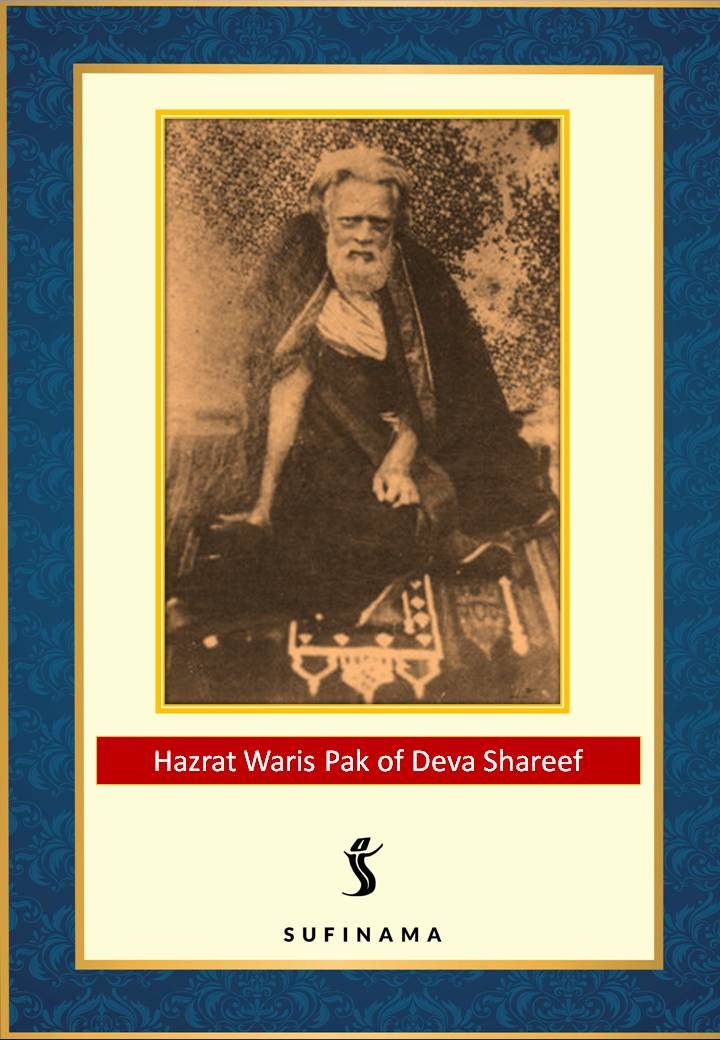 From Lucknow, I started for Dewa Sharif in a carriage, together with Hassan Askari, and before noon, I was trembling with emotion on the threshold of Warith Aly Shah’s house. I had never seen anything like an Indian village and the fakirs in yellow robes, so the whole place round was transferred, in my mind, from the world of sense to a stage above dream-land, where meanings and material objects are transmuted into each other.

Leaning on two of his followers, the tall ascetic figure of Warith Aly Shah appeared. Blue eyes as deep and transparent as the sky; a very high and straight forehead;a white complexion and a white beard; the innocent and buoyant smile of early youth. I ran up to him quickly with the daring of rapture and pressed my head on his heart. He folded me in his arms, and said, MOHABBAT(This is Love, Love.).

We sat down on mats. Hassan Askari translated his questions. Where does he come from? What is his religion(millat) ?. I gave Askari no answer to this last question, because I had none to give. However, Warith Aly Shah said something about the unity of the aim in all religions which I cannot exactly remember, because my attention was concentrated on the one through which I wanted to express. Askari told him that I had come to India for the sole purpose of meeting him, not to see any famous places or monuments such as Taj Mahal. Has he any wish? there was the question I expected from him and there was the thought in which I was concentrated .Yes, I said . I wish to be yourself. He smiled, looked round, paused a little before answering, and then uttered some Urdu words which were better than all blessing to me .

Hum wa tum wahan eik jagah honge
(I and you, there beyond, shall be in the same place ).

Like a calm sleep after a long strain, these words produced a quite satisfaction in my heart and mind. It seemed to me that the aim of many yearnings was entirely attended. I then presented a yellow cloth which Warith Aly Shah put on as a robe, giving me in exchange the grey one which he was wearing.
After that, Aughat Shah, a disciple of the Master, led me into the guest house where I remained half lulled. Then I slept and meditated. In the evening , Aughat Shah, through Askari, told me many things about the teacher, and related some almost miraculous events of his life, but my attention was not very keen, because the most interesting words had already been heard by me, never to be forgotten. I can remember that something was said about the early age at which Warith Aly Shah entered the path; I think it was nineteen. I also recollect that Aughat Shah mentioned the well known Sufi percept : –

Die (to the world) before your (physical) death.

and that he was acquainted with a method of counting on one’s figure, during the practice of divine names, which I used to follow. Later in the evening, a singer called, I think, Muhammadi, came in with two musicians, and sang some mystic song of love and tears.
Next day we took leave of the master, and I thanked him with poor words, the inanity of which I felt somewhat bitterly.
I returned to Egypt by the same ship, the Marmora, and stayed in Helouman, near Cairo, at the Tewfik palace. I choose this place where I had been the year before because it is surrounded by the desert. My own self was now more clearly surrounded by the world’s great desert than it had ever been, and my fervor in repeating daily some divine names, for many hours, was increased.

Two or three months later, I had a dream, or more precisely an inward vision. I saw Warith Aly Shah alone looking at me, and holding a large fruit in his right hand. I tried, in the vision, to recognize what fruit it was. I first said “Tomato” then in German “Paradiesapfel” (Apple of Paradise). Warith Aly Shah raised his hand, and ate half of the fruit, then presented me the other half which I look. At same instant he vanished and Aughat Shah standing before me, said – “ The Master is dead”.

I sobbed violently but I was happy, as if I did not know whether I was crying with sorrow or joy . In that state I awoke, or rather passed into sub-consciousness. I understood that the fruit was his heart, and that he was sharing it with me on the threshold of death. Two or three days later, a telegram came from Sheikh Habeeb Ahmed, who was in London, saying “ The Master is dead”. Askari was much impressed by the strangeness of the vision and its coincidence with telegram. I was not very astonished, but I was awed and grateful, and it seemed to me that the vision expressed again the blessed Urdu phrase I heard at Deva.
For several years, I kept the gray garment of Warith Aly Shah under my pillow, and always kissed it before going to sleep.
In 1907, I began to acquire a summary, higher knowledge of all things through a being that does not belong to the world of sense. The thought of that being transcending all forms, suspended in my mind the one particular form of my dearest human friend, Warith Aly Shah. However, I can always find the meaning of his form in my inmost consciousness and nameless self.
I hope, dear Sir, that this answer to the question you put two days ago may be considered complete. It is all that I know about the pure ascetic of Deva Sharif .