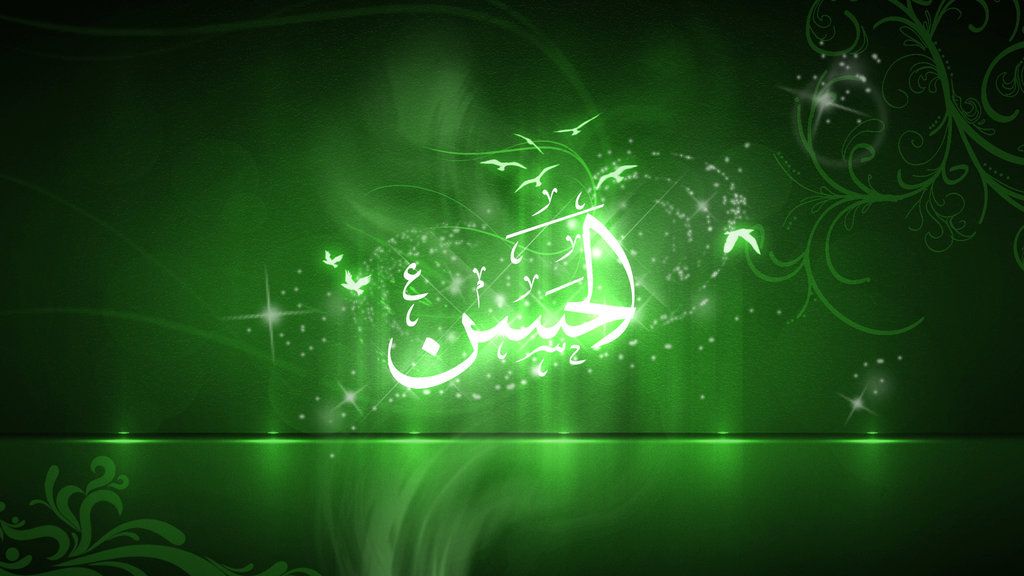 Name: Hasan (AS) – the 2nd Holy Imam
Title: al-Mujtaba
Agnomen: Abul-Mohammad
Father: Imam Ali (AS) – the 1st Holy Imam
Mother: Hazrat Fatima Az-Zahra (SA) bint-e-Mohammad Rasool-Allah(pbuh&hf)
Birth: At Madina on 15th of Ramzan 3 AH (624 AD)
Shahadat (Death): In Madina at age 47, on 28th of Safar 50 AH (670 AD)
Cause of Death/ Burial: Martyred by means of poison and buried in the cemetery of Baqi in Madina. Al-Madinah (Arabic for the city) was so called as it received Prophet Muhammad (peace and blessings be upon him) when he migrate from Makkah on Allah swt command in 622 CE.

It is also known by the name Taibah derived from the Arabic word meaning kindness. Another name it goes by is Dar Al-Hijra (Arabic for Land of Migration) because it is where the Prophet (peace and blessings be upon him) had migrated to.

The tribes of Banu Matraweel and Banu Hauf  were the first settlers to inhabit and cultivate the oasis of Madinah. Both tribes descended from the lineage of Shem, the son of Prophet Noah (peace be upon him). Many years later, the Yemeni tribes of Banu Aus and Banu Khazraj arrived at Madinah.

In 622 CE, when Prophet Muhammad (peace and blessings be upon him) immigrated to Madinah he introduced the Madinah Charter, which is in fact the first ever written constitution in the history of humankind.

The charter regulated relations between the Muslims and Jews who lived there. It gave both parties the rights of protection, security, and justice.

Madinah was the center and capital of the Islamic Empire during the time of Prophet Muhammad (peace and blessings be upon him) and the first Five Righteous Caliphs after him. With the beginning of the Umayyad rule, the Islamic state was transferred to Damascus. 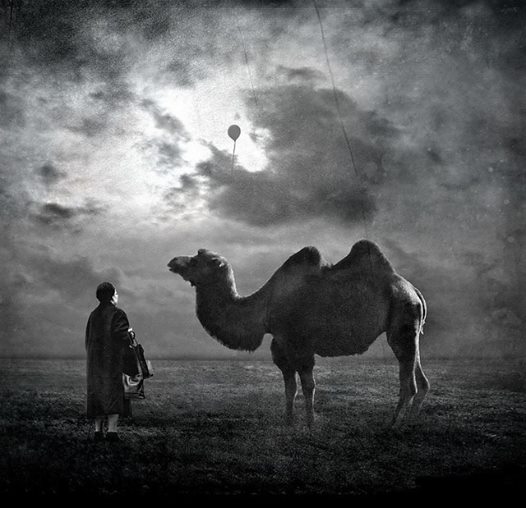 When Hazrat Yousaf A.S. [Joseph] was attacked by his brothers and thrown in a well, he was rescued by a caravan who enslaved him to be sokd.

Hazrat Yousaf was taken to a market of slaves, where they invited customers to put a bid on him.

Hazrat Yousaf A.S. was considered one of the most beautiful of all mankind. It is evident from story of Zulekha who asked her lady servants to peel lemons as Hazrat Yousaf entered and the maids were so mesmerized by his beauty that they cut their hands instead.

At the auction of Hazrat Yousaf at slaves market, many noble and rich customers were keen to buy such good looking slave.

Suddenly, an old woman appeared and put a small bid too.

The auctioneer laughed at the woman, and said,

” You don’t understand, O’ ignorant auctioneer. All I want is that in history books that it is recorded that among the royal bidders for such slave, my name is included as well.

Hazrat Fariduddin Attar say that to discover God requires the courage of such old woman. All of us are weak and unworthy, but only with such courage and valour we can expect to discover our Lord.

Rural religious life in the pre-modern Islamic world remains relatively little known to historians, at least in comparison to religious life in medieval and especially early modern Western Europe. This is partially due to the absence of many of the confessional, disciplinary, and other institutional structures and organs, such as the Inquisition in its various forms, whose operations ensured that much rural life- primarily, but not exclusively, religious- would be quite visible to future historians. For a context such as the Ottoman Empire, our sources for rural life in general are rather scarcer. Travel literature, population and resource surveys, and similar sources are one means of uncovering early modern life among peasants, nomadic peoples, and other inhabitants of rural spaces and places. The following life of a rural saint of the 16th century, which I’ve taken from an Ottoman Turkish biographical compilation by the poet and author Nevîzâde Atâyî (1583–1635), represents another potential route for recovering aspects of religious and social life in the Ottoman countryside- which is where, after all, the majority of the population in fact lived.

I do not know how Atâyî, who was very much a product of the Ottoman elite literary and learned milieu, came by his knowledge of the life of Ahmed Dede, the saint featured in this account, but it seems likely that because of his position on an important route between two well-established cities in western Anatolia, Ahmed Dede was known to people in the imperial center (including, evidently, Selim II). While this account of his life comes from an elite, urban writer, and was written in ornate Ottoman Turkish prose, heavy with Persian vocabulary and constructions, a style I have tried to reproduce somewhat in my translation, it remains valuable for the inadvertent insights into what might have constituted a saint in rural Anatolia. Ahmed Dede, who was known by several other names as well, while he received initiation from sufi masters both in his home village and during a sojourn in Istanbul, seems to become recognized as a saint due to his generous acts of hospitality, and his reputation for miraculously fertile grain crops, crops which he himself cultivated. Previous eras of historiography would probably have suggested that Ahmed Dede was a ‘survival’ of a pre-Islamic fertility cult: while such an idea is, for a number of reasons, quite untenable, it should come as no surprise that peasants and others in the rural world would value divine protection for crops, and that generosity in one’s abundant material possessions would count as a major marker of sainthood.

I have taken the extra step in the below translation to include footnotes explicating some of the less obvious references and allusions that our author makes, as well as to note a couple of places where I am not myself entirely confident that I understood Atâyî’s meaning!

Şeyh Ahmed Dede: He came into the world in a village named Gırbalcı, near the town of Kütahya [1]. Among the common people he was known as Kalburci Şeyhi as well as Mıhmandâr and Çavdârli after the tribe. From the ‘ulamâ of his native place he obtained learning and, being from birth ordained and whetted for taking ‘mystical letters and meanings,’ he joined the service of Şeyh Sinân Karamânî, then inclined towards the beholding the divinely graced Abdüllatîf Efendi. It is related that one day he [Ahmed Dede] was present at a lesson with two companion when, while the aforementioned şeyh was in the time of his spiritual brightness and openness [to God], each one made supplication concerning the desire that was implanted within him. The aforesaid şeyh’s arrow of supplication having been shot and hitting God’s giving answer, one of them became, in accord with his heart’s desire, an officer in the army, while another, in concordance with his soul’s inclination, became part of the folk of knowledge—but the subject of this account, [Ahmed Dede], obtained the grace that he, like the basin and table of Ibrahim, would not have his licit wealth (mâl-i halâl) become exhausted [2].

Afterwards, coming to Istanbul, in the service of the pole of the sphere of divine reality Merkez Efendi he perfected his spiritual wayfaring. After being authorized in giving guidance he became eminent through the gracious oversight of Kastamonulu Şabân Efendi. Ultimately he returned to his village and set up in his well-known zâviye [3], feeding travelers and giving perfect honor to passers-by. In this manner through the months and days he gave praise to God, this honorer of guests of the house of Islam dying in the year 978/1570—to his spirit be divine mercy!

The aforesaid saint’s miraculous gifts of grace (kerâmât) with divine might are well-known—like the brilliant sun and the haloed moon, day and night, he spread out bread and table. He was a Milky Way of the lined-up food-cloth stretched out as constant beneficence, his laughing face like a damask rose, as he made manifest the open sofra, he a spring-time cloud of constant out-pouring, a comfort-giving hand, dressed in nobility, a sea of sainthood, a pocket of aid, treasury of the unseen and traveling-wallet of grace, of holy ardor, the cultivated field of the one in need of the bread of blessing is from the blessings of God.

For his entire life he would not accept charity, donation, salary, or gift—he lived off of what he grew. It was his custom that from his own cultivated grains he would apportion bread and comfort for travelers and barley for beasts of burden. Among his manifest miraculous gifts of grace was that his wheat seeds and his grains of barley, known as Çavdâr barley, brought forth grain crops without compare. This is why he became known about as Çavdâr Şeyhi. Putting his barley in a granary, its door was hidden and what was in its lower part flowed forth from a channel [4]. That storehouse was never seen to remain empty nor did he know need of out-of-season grain stores. He acted kindly towards every guest at his departure, outfitting him with provision for the way and food the morrow, giving thanks to God and saying, ‘The bereket [5] of the supplication of my şeyh Abdüllatîf Efendi is everywhere!’

Sultan Selîm the Mild [Selim II], while he was still a şehzâde [6], made a pious visit to him and sought supplication and spiritual direction from him, building a beautiful small mosque near his zâviye which is standing today and is a place of visitation for all.

[1] This village seems to no longer exist, but the saint’s shrine is still in existenceand continues to be a place of ‘visitation.’
[2] This request, we are to understand, was the source of his miraculous success as a farmer and hence his generosity to travelers- the reference to Ibrahim indicates that Ahmed Dede desired material wealth in order to provide for others, not out of desire for his own personal pleasure.
[3] In Arabic, zāwiya, literally a ‘corner,’ but in sufi usage a structure or part of a structure used to house a shaykh, his family, and perhaps also some disciples, as well as a place to hold sufi ritual.
[4] My reading of this passage is quite tentative and unsatisfactory.
[5] Arabic baraka, the divine blessing or ‘charge,’ invested in a saint or holy object or practice.
[6] That is, a male descendant of a sultan, with the possibility of succeeding him- similar, but not identical, to a ‘prince’ in English usage.