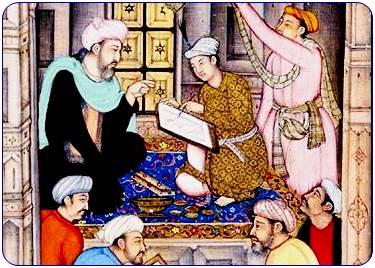 ‘Who guided you in the Path?’

He said: ‘A dog. One day I saw him, almost dead with thirst, stand­ing by the water’s edge.

‘Every time he looked at his reflection in the water he was frightened, and withdrew, because he thought it was another dog.

‘Finally, such was his necessity, he cast away fear and leapt into the water; at which the “other dog” vanished.

‘The dog found that the obstacle, which was himself, the barrier between him and what he sought, melted away.

‘In this same way my own obstacle vanished, when I knew that it was what I took to be my own self And my Way was first shown to me by the behaviour of a dog.