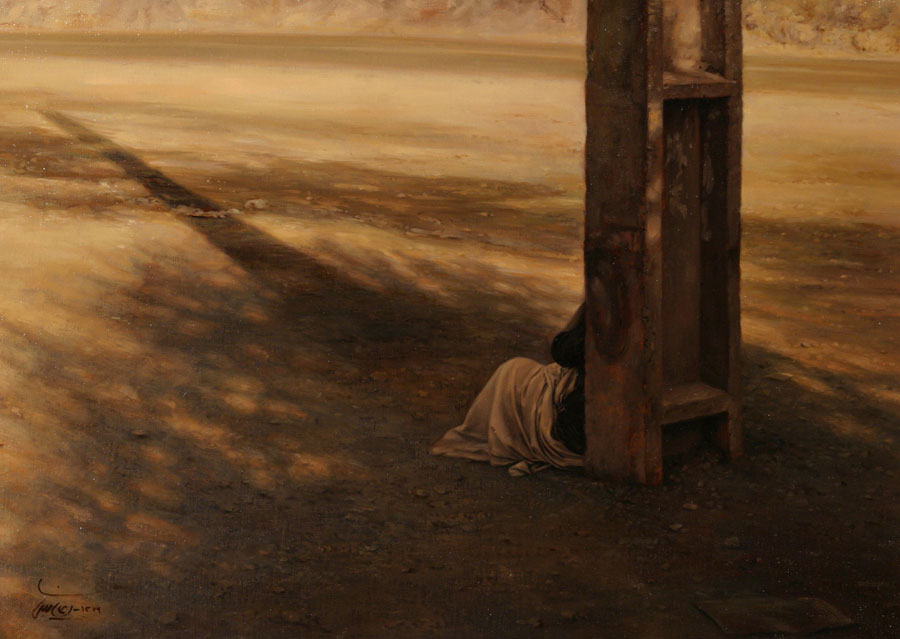 The night sky was coal black; the Moon was hidden by a blanket of thick grey clouds, but the prince could see a fire burning at a distance. Four dervishes crouched around the flames to keep the howling icy wind at bay; the graves around them whispering stories of days gone by. One was a minister; another a soldier; one a farmer; another a beggar. The prince had cremated his father, the king, two nights ago. There was no trace of the royal life he had lived; there was nothing to mark his reign, thought the prince to himself. The life of absolute power; of arrogance; of intolerance to a diverse thought. The land was rich and fertile, but the people were filled with a sadness in their hearts. The king would not listen to their clamour for reform. The crooked nobility thrived; the subjects lived a life of poverty. And the prince wondered: how is it that in this graveyard, the minister and the beggar share the same earth?

He edged closer to the dervishes. And one spoke up: “The prince is to be crowned seven days from now. How do we help him learn from the mistakes of his father, who listened to no one but himself?” The prince muttered to himself: “The reason I have wandered into this graveyard is because I have set out to learn from life.”

The prince decided to follow the four dervishes. They had covered themselves with patched blankets and retired for the night. The prince, shivered; he shifted restlessly. He was tired, but sleep seemed a distant comfort on the cold ground. Fatigue eventually overcame the harshness of the elements and the hard bed. The prince slept. One thought swirled through his head: how could a minister and a beggar share the same earth?

He was awakened by voices. The Sun was creeping through the blanket of clouds. He smelt a fire smouldering. The dervishes were preparing to leave. As they walked out of the graveyard, the prince hurried behind. They came upon a temple. The dervishes greeted the priest, who gave them puffed rice. The dervishes stood in prayer as the bells rang. How strange? the prince thought. What is their belief? And one dervish seemed to speak on cue: “There are as many paths to The One as there are grains of sand.” The prince and his father knew just one path; their path.

The dervishes continued their journey. A trader sat by a dusty lane selling bread. “How do you do business, my friend?” asked one of the dervishes. “I place bread on one scale and the customer places coins on the other scale. If the scale with the coins is heavier, I give the customer bread.” “But what if the customer is poor?” another dervish queried. “I must accept his humility and give him bread,” the trader replied. The prince was in awe. Such compassion he had not seen within the walls of his grand palace. This was a trader; his livelihood was selling bread.

The dervishes wandered through the village until they came upon an ashram. A scholar was speaking to a group of students: “You will now go out into the world to make the best of your education. But I ask this: you have mastered all the texts, but now journey to your soul and master your thoughts, which will translate into deeds.”

Evening fell, the dervishes returned to the graveyard. The prince saw the graves of the minister and the beggar. And he understood the meaning of life.

He returned to his palace and the next morning he formed his council ministers: there were four dervishes, a priest, a one-legged man, a trader and a scholar. The kingdom saw prosperity and peace. The land was happy.