Muhibullah was born in Sadarpur near Khairabad in Sitapur district, Uttar Pradesh. A descendant of Baba Farid, his father Shaikh Mubariz was a famous Sufi scholar. The boy was a diligent student and a great seeker of knowledge. He mastered religious studies and decided to leave home in the quest for higher knowledge. He had other responsibilities to fulfill after his father died when he was in his twenties, but they did not prove to be an obstacle in his journey.

Do I call you mineral and vegetable,
Animal and human,
Do I call you the mosque, the temple, the monastery,
The scriptures, the Quran,
The rosary, the girdle,
Godlessness, and faith?

Muhibullah travelled to Lahore and studied under Abdul Salam Lahori and Amir Fatehullah Shirazi. On completing his studies, Muhibullah returned home to look for a living. He delivered lectures and soon gained fame. But the mind was restless. He had to move on and engage with scholars.

It was sometime during the reign of Shah Jahan that Shaikh Muhibullah was walking down the streets of Delhi when his old friend Nawab Sadullah Khan spotted him as he went past in his palanquin. Khan was also Shah Jahan’s prime minister. Their eyes met even though the shaikh tried to evade his gaze. He slipped into a shop, hoping the prime minister would move on. But Khan ordered his men to bring him to his house, but he should be escorted with respect.

The nawab welcomed the shaikh with affection. Everyone knew of Muhibullah’s erudition and respected his humility. Nawab Sadullah Khan informed Emperor Shah Jahan that there was a man living in his land, who was a brilliant mind and an inspiration. In fact, the shaikh deserved to be prime minister, said the nawab, and not he. The nawab, instead, could be the shaikh’s deputy.  Shah Jahan was enthralled by the story. Such a man, he must meet.

The emperor was mesmerized. Shah Jahan had many questions but no answers. Shaikh Muhibullah soothed his soul and rid the doubts in his mind. He was appointed court minister without delay. And in keeping with the traditions and customs of the court, the shaikh was taken to the tomb of Khwaja Qutbuddin Bakhtiyar Kaki, escorted by guards, to seek the saint’s blessings.

Shaikh Muhibullah stopped the cavalcade as it neared the Qutb Minar. He asked the guards to stay there. He would proceed to the tomb on foot. The soldiers waited. Afternoon wore on to dusk. Night fell. But the shaikh did not return. Suspense cut through the cavalcade. It grew restless. What had happened to the minister?

The commandant could not wait any longer. He would have to answer to the court and king if something were to happen. He marched to the tomb and was met by the caretaker.

“Yes, a man dressed in rich clothes did come here. But he got rid of that attire and borrowed the clothes of a beggar and went inside,” the caretaker answered on being interrogated by the commandant.

The soldiers searched the dargah. But there was not a trace of Shaikh Muhibullah. The story goes that as he knelt in prayer in the tomb, the shaikh heard a voice that said he had not been born to be engrossed in worldly issues. He should leave for Gangoh and pursue knowledge that Sufis seek.

Do I call you the clouds, the flash, the thunder,
Lightning and the downpour,
Water and earth,
The gust and the inferno,
Do I call you Lakshmi, and Ram and lovely Sita,
Baldev, Shiv, Nand, and Krishna,
Brahma, Vishnu and Ganesh,
Mahadev and Bhagvaan,
Do I call you the Gita, the Granth, and the Ved,
Knowledge and the unknowable?

Shaikh Abu Saeed Gangohi, a famous scholar of the Chishti-Sabri order, was waiting for Shaikh Muhibullah. It had been arranged by the master Qutbuddin Bakhtiyar Kaki.  As he entered, Shaikh Abu Saeed turned towards him and said with humility: “You are a learned man.” The shaikh replied:  “You are a gnostic.”

Shaikh Saeed, like his eminent grandfather Shaikh Abdul Quddus Gangohi was a great pantheist. Shaikh Muhibullah soon immersed himself in the doctrine of Wahadat Al Wujud or the Unity of Being. His teacher was impressed by his devotion to this doctrine and taught him the ways of the mystics. Soon, Shaikh Abu Saeed granted him Khilafat, and he left for his home in Sadarpur. But the mind grew restless again. Shaikh Muhibullah travelled to Rudauli where he met Maulana Abdur Rahman Chishti at the tomb of Shaikh Abdul Haq.

The maulana was charmed by the shaikh’s serenity. They left Rudauli and Shaikh Muhibullah proceeded to Allahabad. He was now lost in the belief of Wahadat Al Wujud, mysticism practiced by Ibn Al Arabi.

Do I call you the clouds, the flash, the thunder,
Lightning and the downpour,
Water and earth,
The gust and the inferno,
Do I call you Lakshmi and Ram and lovely Sita,
Baldev, Shiv, Nand and Krishna,
Brahma, Vishnu and Ganesh,
Mahadev and Bhagvaan,
Do I call you the Gita, the Granth, and the Ved,

Knowledge and the unknowable?

Do I call you Abraham, Eve and Seth,
Noah and the deluge,
Abraham the friend, and Moses son of Amran,
And Ahmad the glorious, darling of every heart,
Do I call you the witness, the Lord, or Hejaz,
The awakener, existence or the point,
Do I call you admiration or prognosis,
Nymph, fairy, and the young lad,
The tip and the nip,
And the redness of betel leaves,
The tabla and tanpura,
The drum, the notes and the improvisation,
Do I call you beauty and the fragrant flower,
Coyness and that amorous glance,

Needless to say the ulema grumbled and groaned – Shaikh Muhibullah was preaching a doctrine that was heinous. They frowned, but the shaikh was unruffled, not a muscle in his face moved. How many Sufi masters before had been targeted by the viciousness of the ulema? A fatwa was issued against him and he was condemned for heresy.

The shaikh’s friend from Jaunpur Shaikh Abdur Rashid darted to Allahabad and argued that Muhibullah spoke from the sphere of mysticism, not philosophy. The ulema were comforted, he had not crossed the line after all. They withdrew the fatwa. But that was not going to deter the shaikh from his beliefs. And the ulema were not willing to let him breathe easy – their tongues continued to wag incessantly.

The shaikh wrote many books, but his Taswiyah drew a lot of scrutiny and acclaim. “Jibrail was in Mohammad. Every Prophet has his Jibrail in him. Jibrail speaks to every Prophet in his own language,” Shaikh Muhibullah said in his Taswiyah. The ulema were furious at this interpretation as Shaikh Muhibullah, through Taswiyah, elaborated on his interpretation of the relationship between the Almighty and the world. 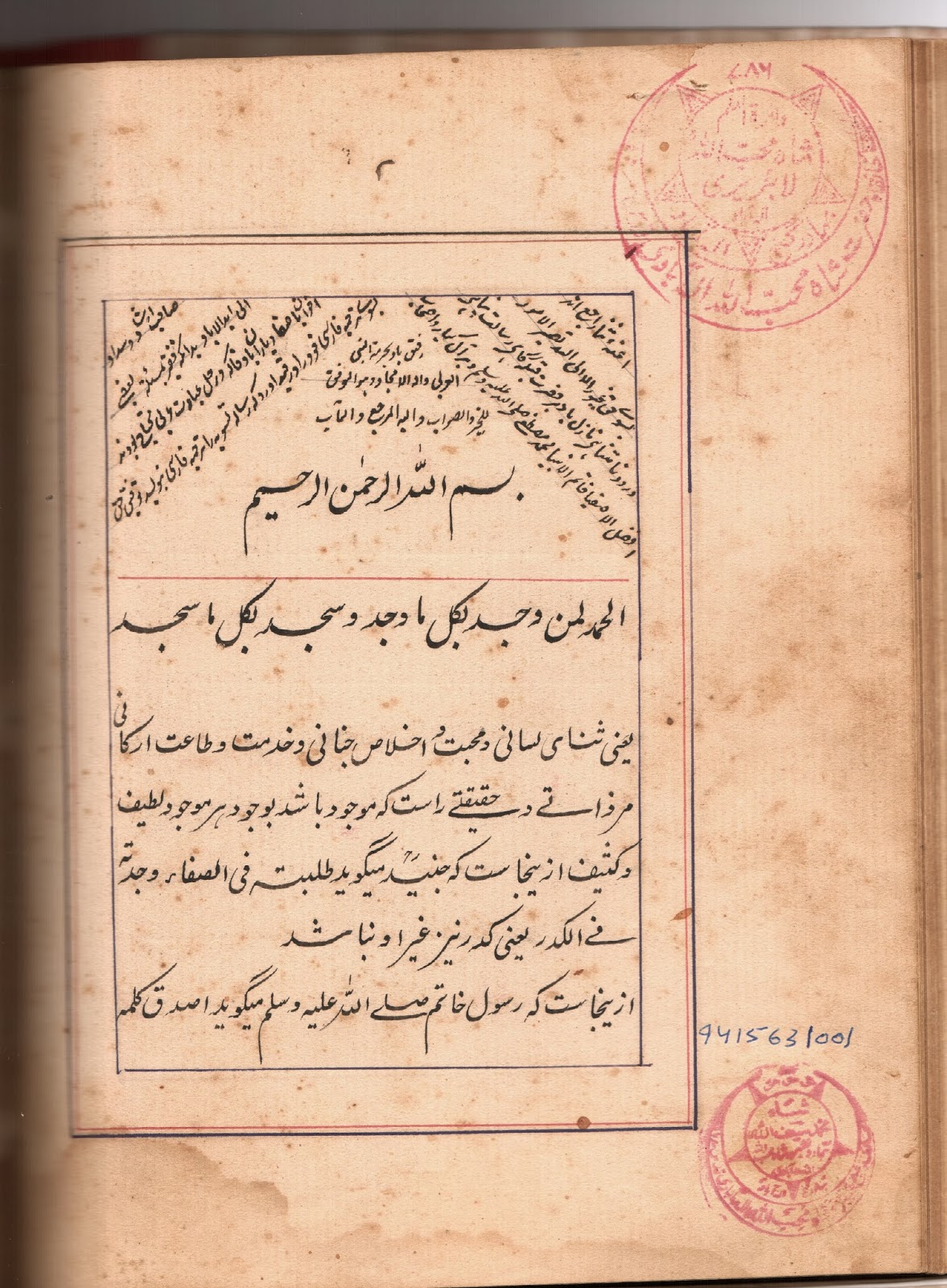 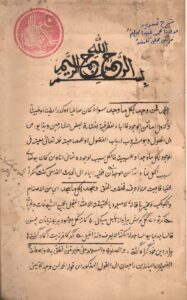 The Taswiyah even drew Emperor Aurangzeb’s ire. He wanted the copies burnt. He called Shaikh Muhibullah’s chief disciple Shaikh Mohammadi to explain the controversial thesis. His defence of the book must be solid in the absence of the Shaikh who had passed. If he was not successful in his defense, then he would have to renounce being a disciple of the Shaikh and copies of the books would be burnt. 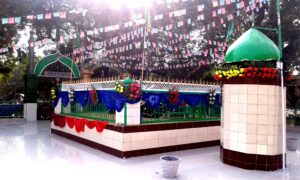 Shaikh Mohammadi was a man of firm conviction and deep erudition like his master. He argued that he could not abide by the emperor’s diktat because he had not reached the spiritual station of his master who wrote the book. Hence, when he did reach that station and was suitably enlightened, he would write to the emperor offering his explanation. But until then he would not say a word and was ready to stop following the shaikh. 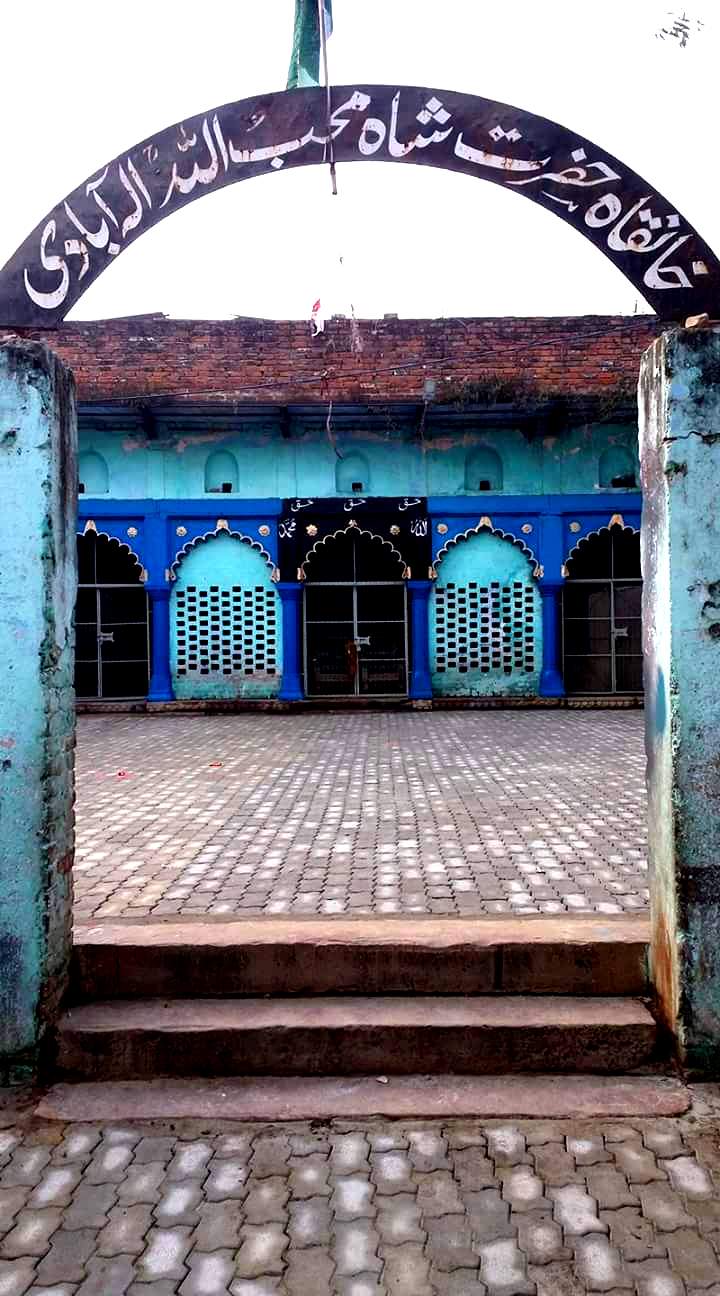 Shaikh Mohammadi stressed that if the emperor was hell bent on burning copies, then there was enough fire in the royal kitchen for the purpose. Aurangzeb was muzzled. 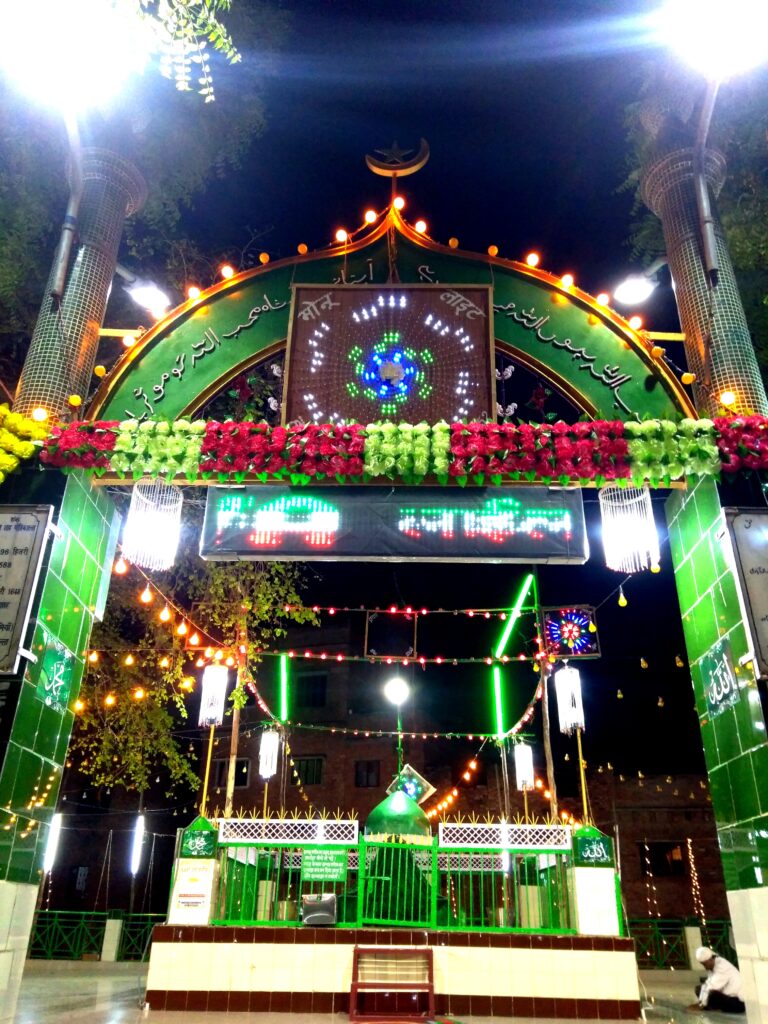 Some years before, Dara Shikoh was appointed Governor of Allahabad and he soon heard of Shaikh Muhibullah’s reputation. He did not ever meet the shaikh, but began a chain of correspondence with him on matters that vexed his mind.

Dara Shikoh:  What is the beginning and end of the Sufi path?

Shaikh Muhibullah: The beginning is liberation from the belief in the unreal and the end is the realization of the Absolute’s Essence.

Are there devotional exercises that Sufis perform involuntarily?

Are all men capable of realizing the Almighty?

If the rain can make sugarcane grow on all kinds of land, all humans can realize the Divine. But not all men are equal. They are different. The realization is thus of varying degree.

How can the Infinite merge with the heart?

Those with knowledge of the heart know it belongs to the Infinite.

Is the lover united with The Beloved after death?

What is the difference between love and affliction?

Affliction is the pathway leading to love.

Glimpses in the History of A Great Number: Pi in Arabic Mathematics

1. Introduction The Greek letter pi (symbolized by p) is defined as the ratio of the circumference of the circle to its diameter. It is considered to be a vital element in the calculations of area and sizes of several mathematical figures: the circle, the cube, the cone and the sphere, from which infinite practical applications have sprung. […]

When you are angry, recite this!

When a man got angry in front of the Prophet (Allah bless him and give him peace), he told his companions, “I know some words that would make his anger leave, if he said them. They are, ‘I seek refuge in Allah from Satan’.” [Bukhari] أعوذ بالله من الشيطان A`udhubillahi min ash-shaytan

1- “The people of this nation will split into seventy three sects. The worst among them is one that poses to love us and abandons our orders.” Al-Ahadith Al-Muntaqat by Ibn Dayzeel p. 96 2- “There will be those that love me until they enter hellfire due to their love for me, and others that […]

The 7th to the 13th century was the golden age of Muslim learning. In mathematics they contributed and invented the present arithmetical decimal system and the fundamental operations connected with it: addition, subtraction, multiplication, division, exponentiation, and extracting the root. They also introduced the ‘zero’ concept to the world. Some of the famous mathematicians of […]

Start the day with dhikr

Huwa Rabbul ‘Arshil-‘Adheem  Allah is sufficient for me . There is none worthy of worship but Him . I have placed my trust in Him, He is Lord of the Majestic Throne. Allah will grant whoever recites it 7 times in the morning or evening whatever he desires from this world or the next – Hadith […]