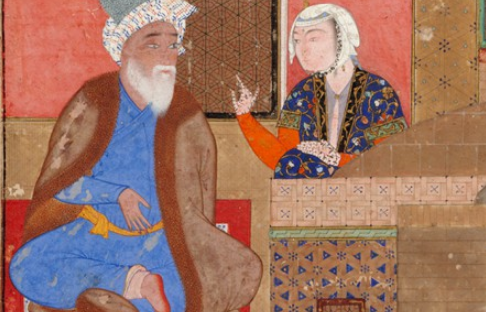 The following curious little story comes from the sixteenth century menâkıb of the early Ottoman sufi saint Şeyh Akşemseddîn (1390–1459), The account below comes in a sequence of tales of the Şeyh’s relationship with the jinn, mysterious beings that are in some ways half-way between humans and angels. Like several other of the tales in the sequence, this story has as its ‘moral’ the need for regulation of relationships between jinn and humans, not their absolute suspension. The jinn-turned-cat feature here is not a malevolent character, but rather genuinely wants to be in the presence of the saint. The strange voice without the door is rather obscure to me- does it represent another strange being, perhaps, attracted by the presence of the jinn-cat? Some details are left up to the reader’s imagination, reflecting, no doubt, the originally oral context in which these accounts were developed and in which they circulated before Emîr Hüseyin put them to paper, preserving them for much later audiences.

There was a jinn who loved the Şeyh. Unbeknownst to the Şeyh, the jinn took on the form of a cat, and was constantly in the Şeyh’s house, never leaving. One night the Şeyh went to sleep. The cat curled up beside the hearth. The Şeyh was sleeping soundly when from outside the front door there came a great and powerful strange voice. The cat stood up, and answered from behind the door. The one outside said, ‘I am very hungry! Give me something to eat—let me eat, open the door and I’ll come in!’

But the cat replied: ‘The Şeyh’s door is locked with the bismillah, so the door cannot be opened to give you food.’ However, the Şeyh had earlier cooked some köfte kebab, which [the cat] put through a slot in the door, saying, ‘Eat some of this!’ So it happened. The Şeyh saw it but made no sound and went back to sleep. Morning came. After finishing his prayers, he called out to the cat relating what had happened in the night. The cat twitched, then came [to the Şeyh]. The Şeyh said: ‘It’s difficult for a human and a jinn to always be in one place together. So go now, and come sometimes.’ So the jinn came from time to time, paying Akşemsüddin a pious visit (ziyâret iderdi). 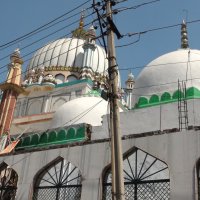 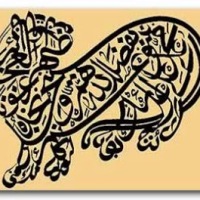