During that period, Mukhtar Saqfi was a man of great intelligence, strong enthusiasm and had a very deep understanding of political strategies. He was also the rival of Bani Umaiyya and Ibn-e-Zuber. Some people say he was the well-wisher of the holy family, and some say, he was the enemy of them. But when he saw that the people at large had a hearty inclination towards the holy family-members, in turn, the holy family-members affected them very deeply and provided them with spiritual contentment. Mukhtar Saqfi, with the view to succeeding in his political mission, joined the people in loving the holy family-members. He took the side of Huzur’s kith and kin and supported them in their goal of Hazrat Imam Husain’s revenge.

First of all, he increased his strength. Many people joined him in the name
of Hazrat Imam Husain’s revenge. The members of the holy family were already with him. A great warrior and courageous commander of Hazrat Ali AlaihisSalam army, along with his son, Hazrat Ibrahim who had a strong hold on the people of Kufa and was equally courageous and powerful, also joined Mukhtar’s group. At that time, the person who was appointed the governor of Kufa by Hazrat Ibn-e-Zuber, did not have any hold over the people. He quarrelled with Hazrat Ibrahim and sent some soldiers to arrest him. Mukhtar’s army supported Hazrat Ibrahim and the soldiers of Kufa’s governor could not create the necessary enthusiasm to fight. He requested Mukhtar for peace-treaty. Mukhtar accepted it by taking one lac Dirhams as a present. Not only on Kufa but, the whole of Iraq came under Mukhtar’s rule. He proclaimed that except the killers of Hazrat Imam Husain AlaihisSalam, all other people should shut their doors, they are safe. Then began the process of arresting and assassinating all the killers of Hazrat Imam Husainit. Some people sought shelter from Musaib-bin-Zuber in Basrah. Musaib committed a mistake and gave them shelter. But none the accused could be saved from the wrath of Allah. Both Hazrat Ibn-e-Zuber and Umaiyya were alarmed by the increase in Mukhtar’s power.

Enemy of Allah, Bani Umaiyya’s army chief Ubedullah-bin Ziyad, encircled Mukhtar’s people with a view to fighting with them. Mukhtar sent Ibrahim-bin Astar to face them. It was 21st Zilhajj Hijri 66. They reached to the bank of Nahar Khar. The whole night was spent in prayers and preparations for encounter. After Morning Prayer, a very zestful sermon regarding Hazrat Imam Husain’s revenge was delivered. After some time, the armies of Ibrahim and Ibn-e-Ziad formed their rows. Ibn-eZiad’s army was considerably big. The battle continued for many days. But how long could it be continued when the unique commander of Allah like Hazrat Ibrahimi was on the battlefield on the opposite side? Then, one day, Hazrat Ibrahim’s army, whose total strength of soldiers was twenty thousand, attacked the rivals and their ground was lost. Many of the enemy’s people were killed. Those who tried to escape were also chased and killed. Many of them, more in number than the killed ones, drowned in the sea.’ Ibn-e-Ziad was killed by the very hands of Hazrat Ibrahim-bin-Astardi. His head was cut and sent to Mukhtar at Kufa, and his dead body was cremated.

It was a strange coincidence that the day when Ibn-e-Ziad died, was also 10th Muharram. Besides historians, Imam Bukhari also has given its description in Tarikh-e-Sagir (Tab’a Hind). Istiad (Vol-1) also states the same thing. Hazrat Imam Bukhari mentions that this event took place in Hijri 66 but, Ibn-e-Kasir states that this incidence happened in Hijri 67. Mukhtar sent Ibn-e-Ziad’s head to Hazrat Muhammad-bin-Hanafia, child of Hazrat Ali Murtuza AlaihisSalam and Imam Zain-ul-Abedin AlahisSalam. Hazrat Imam Zain-ulAbedin AlaihisSalam offered a Sajdah (a posture during prayer-Namaz-) of thanks and praised the Almighty.

Ibn-e-Qutaib has written in ‘Ma’arif that none of Ibn-e-Ziad’s children was left. In this way, his lineage like that of Firaun was put to an end. Following are the couplets were written by Hazrat Abu Asvades:

Translation: “O Allah, I pray you with great sorrow that kindly destroy Bani Ziad’s rule. For his betrayal and cheating, send your wrath and hatred on him as you did on the community of Samud and A’ad.”

Mukhtar’s army killed each one of the killers of Imam Mazlum AlaihisSalam, i. e. Shamra, Ibn-e-Sanan and Ibn-e-S’ad. Those who escaped died due to the curse of Allah, the Almighty. In short, none of those hated ones was left alive. Mukhtar and his army killed one lac and forty thousand enemies of religion.

The world saw that Mukhtar rose in the form of Allah’s sword of revenge, and he rested only after killing one lac forty thousand enemies of religion. Everyone could see word by word what had been recorded by Hadith-eKuddusi. 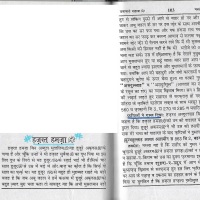 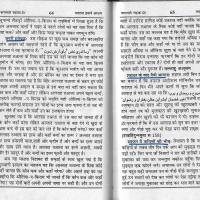 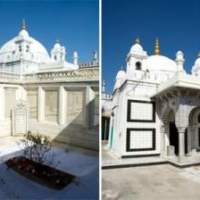