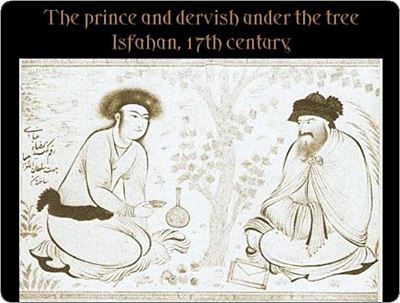 Once Ayaz, the favourite slave of Mahmood, became ill due to the evil eye of courtiers who always envied Sultan Mahmood’s favours upon him.

Ayaz could not come to the court because of illness as he was bedridden.

When the news of his illness reached Sultan Mahmood, he called for his most loyal Royal Messenger to take the fastest horse and rush to Ayaz.

“Although I am far away from you but in reality my soul is next to you I have not forgotten about you and your suffering is my own suffering”, Sultan wrote in message.

Sultan ordered the Messenger not stop anywhere and avoid any delays.

The Messenger rode over the fastest possible horse without any breaks but once he reached Ayaz, he was shocked to see that the emperor Mahmood was already there at his bedside.

The messenger shivered with fear since he thought the emperor will suspect that he disobeyed his order and took a rest during the journey.

“Do not worry” , replied Sultan seeing messenger’s facial expression. ” I know you did not take rest but how can anyone travel faster than one whose heart is captured by his beloved?”.