The Hizbul Bahr (litany of the sea)

This was orally transmitted by our, Shaykh ali abul hasan ash shadhuli, may allah sanctify his secret, who received it in a veridical dream under the direct inspiration of the prophet Muhammad (pbuh).

Shaykh ali abul hasan ash shadhuli, may Allah sanctify his secret, spoke of this hizb as, he was dying in the desert near humaythrain on his last hajj, he gathered all of the muridun, who were with him and told them, continue with the hizbul bahr & teach it to your children. It contain (al ism al azam) the greatest name of allah.

Shaykh ali abul hasan ash shadhuli, may Allah sanctify his secret, spoke of this hizb as “the instrument of protection and prevention.” he said, “ if it is read in any place, that place will be preserved from harm, any jinn are dispelled, the fearful are made secure, the sick are cured, and the anxious one is made peaceful.

If one desire that his supplication be responded to & his lawful needs be satisfied, he should recite this. This wazaifa (spiritual devotional practice) showers the rain of light (Nur) and the hidden secrets (asrar) would be manifest to him. It will also help you Control the heart from temptation of the desire (hawa) and fantasies and will remove difficulties and will grant both worldly and religious success (to the reader).

Every time you read hizbul bahr, you should read durood sharif before & after.
First read 4 times, surah kafirun, surah ikhlas, surah falak, and surah nas. Than make a cycle with knife, around you, than put the knife in a pot (fill it sand, soil which can hold the knife up). Also blow on your self as well, so you’re protected.

Than start your reading for that day, every day of the course you have to repeat the same way.Don’t go out the cycle before you finish the reading, for that day.

During the course you have stay on one room, one place, or one area. Like itikaaf in Ramadan, that why it best to do the hizbul bahr in Ramadan because you get more reward,He who observer the ten day of itikaaf during the month of Ramadan will obtain the benefit of two hajj and two umrah.

Don’t talk with people when reading the hizbul bahr. Eat only barley chapatti, with water, or salted water and zam zam water. You should wear ihram (follow Islamic laws when in ihram condition). Ihram is two piece cloth which worn during hajj or umrah. Have a bath/shower & wear clean cloth, before reading hizbul bahr for those days.

Shaykh ali abul hasan ash shadhuli, (may allah sanctify his secret) said when you read ha meem seven times in hizbul bahr, don’t think, you repeating the same words. There are seven surah which start with ha meem, for example, surah baqarah has three letters alif laam meem , they are the key of that surah,

Secret of surah baqarah is in letter alif, alaam, meen,So when you reading ha meem seven times, you are getting the power and secret of seven surah. 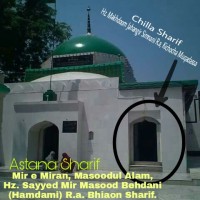 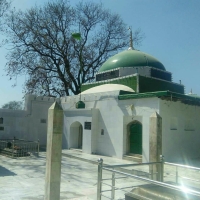