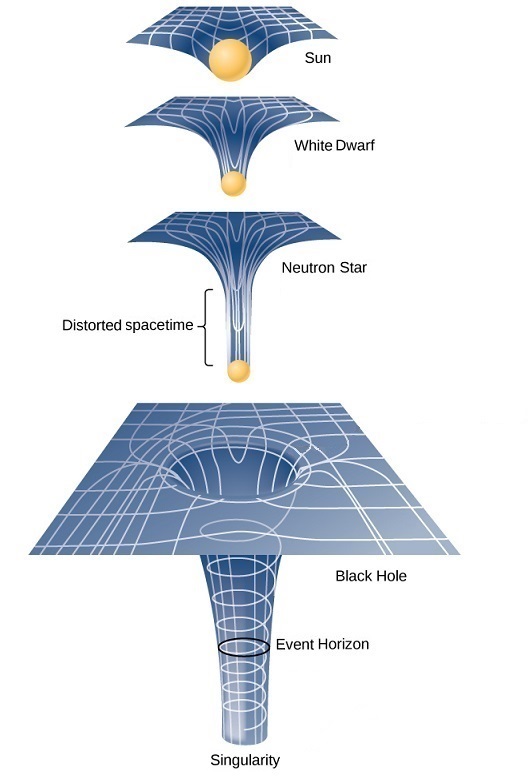 Singularity is a location in the future of stars. An observer far away from a black hole sees the events near a back hole in slow motion. If he shines a beam of light into this black hole he will have to wait forever but still this beam of light will never reach the singularity. The singularity is a location in the future of stars where gravity goes so mad that space and time become indistinguishable. From general relativity we know that this is a location where the structure of spacetime becomes singular (hence the name singularity). However singular (Ahad in Arabic أَحَدٌ ) is one of God’s 99 names. In the Quran God swears by the locations of stars which turned out to carry His own name:

Here God swears not by the stars themselves but rather by their locations (mawakeh in Arabic). Today we know that stars distort spacetime in the direction of the singularity, which turned out to carry God’s own name: “Ahad أَحَدٌ “.