1. What is major impurity?

If any of the above happened, a woman should take a full bath or perform Tayammum in order to purify herself from these major impurities.

2. What is Minor Impurity?

Minor impurity means a woman is being without Wudu (ablution). By performing Wudu or Tayammum, she can purify herself from this minor impurity.

♦ What should women NOT do at the state of major impurities?

6. Learning, teaching and reading even a single Quranic verse that comes between the hadith

7. Reading the Quranic verses which are usually read before going to sleep at night

If you became major impurity due to bleeding from menstrual flow or post child birth, then in addition to the above, followings also should NOT be done:

♦ What can be recited at the state of major impurities?

1. Bismillah can be recited without the intention of reading Quran.

2. Dhikr, Salawat and Dua Masnoon can be recited.

3. Hadiths without having Quranic verses can be recited.

♦ Should women redo (Qadaa) the missed prayers and fastings due to Haiz or Nifas?

Note: It is Mustahab (Preferred) when the time of Salah comes, the woman who is having either Haiz or Nifas, to perform Wudu and reciting Kalima, Dhikr and Istighfar (Repentance) for the same time of prayers.

♦ What should women NOT do at the state of minor impurities (without Wudu)?

Note: Without Wudu, Quran can be read, but should not be touched.

♦ What are rules of impurity for reading and touching Quran?

A woman who is in the state of major impurity

A woman who is in the state of minor impurity (i.e without Wudu)

Haiz is the blood that is discharged due to menstrual flow. During the time of haiz, women should not pray and fast.

♦ Is a female in Haiz or Nifas untouchable? Is she not allowed to cook, to serve the food, to sit anywhere in the house, to touch the prayer mat and other items, etc?

No. This has no basis in Islam. This is all based on superstition and should be stopped. A woman in Haiz or Nifas should not touch Quran and should not have sexual intercourse only.

♦ What should you do if your menstrual flow has stopped anytime between sunrise and sunset in the month of Ramadan?

Out of respect for Ramadan, you should stop eating and drinking from that time until sunset. However, it is not compulsory and it will not be considered as a fast. Therefore, you should do Qadaa (Redo) that fast later.

♦ What should a fasting woman do if her Haiz begins just before breaking the fast at Maghrib?

Her fast will be nullified and she has to make up for that day (keep Qadaa) after Ramadan.

Nifas is the blood that is discharged due to childbirth.

♦ What is the time period for Nifas?

The maximum time for Nifas is 40 days and nights.

♦ What happens if the blood is discharged for more than 40 days?

♦ What happens if the woman can remember the length of the last Nifas?

She must regard that number of days that she previously had bleeding as her Nifas and anything more than those days (as long as the total goes over forty days) as Istihaza. For example, if her habit for Nifas is 30 days and this time the bleeding was for 45 days, then the 30 days is Nifas and the rest is Istihaza.

♦ What happens if the woman bleeds for a few days and then the bleeding stops and continues after a few days? Will this still be taken as Nifas?

If at times the blood is discharged and sometimes it stops and continues again, it is still taken as Nifas as long as it is all within the 40 days.

♦ What should a woman do if it stops bleeding before 40 days?

If a woman after childbirth stops bleeding before 40 days, she is to make Nifas Ghusal and start performing her Salaah and not wait until 40 days to perform Ghusal. This is a common mistake many women make.

Istihaza is the blood that is discharged from a woman’s private part, but is not due to Haiz or Nifas. It may be due to some illness (e.g. an infection).

♦ During Istihaza, is the Salaah or fast that is missed forgiven or not?

Whilst a woman is in Istihaza, the Salaah and the fasting are not forgiven. She must redo Salaah and fast for the missed days.

♦ What makes to bath compulsory?

1. After having sexual Intercourse.

2. At the end of a woman’s menstruation period.

3. At the end of a woman’s post-childbirth bleeding.

5. A new Muslimah after embracing Islam.

6. After a Muslimah died, she should be given bath, except if she died in Jihad.

Fard means if you do not perform these, your compulsory bath will not be accepted; hence you will not be cleaned from your impurity.

Before starting the bath, the woman should intend in her heart, as “I perform my obligatory bath”

2. Washing the entire body with water, make sure that water reaches all parts of the body, including the roots of hair, inside nose, ears, mouth, bellybutton and armpit. Even if water does not reach to the small portion of the body, the bath will not be accepted. So has to bath properly.

♦ What are Sunnah of Ghusl (Bath)?

5. Washing the dirt if it is in the body or dress

6. Urinating before the bath

9. Rubbing and washing the entire body

♦ What are the important matters to be noted during the compulsory bath?

1. If a woman wears rings, chain, nose ring, ear rings then she should make them aside while bathing and let water reaches those areas.

2. If a woman applied lipstick or nail polish, she should remove them before the bath.

3. While bathing she should wash ears, nose, belly button and the private parts properly.

4. She should make sure that the water reaches full hair.

Wudu (Ablution) is needed to purify from the minor impurity. In other words, certain things cannot be done without having wudu.

♦ What should women NOT do without Wudu (Ablution)?

Note: Without Wudu, Quran can be read, but should not be touched.

♦ How to perform wudu (Ablution)?

In wudu some are fard and some are sunnat. Fard are compulsory and sunnat will give additional rewards. Here we have listed out the proper and complete method of wudu.

• Keeping intention. Intending by heart as “I perform the fard of wudu” (Fard)

• Taking handful of water and wash the full face three times from ear to ear, and forehead to chin making sure that no part of the face is left dry (Fard)

• Making wet the fingers with water and wiping the head with wet fingers three times. Either full head or at least some part of the head.  (Fard)

• Making wet the fingers with water and wiping the ears three times by inserting the tips of the index fingers into the ears, twist them around the folds of the ears. (Sunnat)

• Performing all the above acts in the same order. (Fard)

• Do not increase the numbers. Perform as mentioned above. (E.g. If it is three times, do it three times. Increasing or decreasing is Makruh (Disliked)

• Increase the area of respective parts. That is, e.g. washing the hands from finger tips to elbows are Fard. However, washing hands more than the elbow is Sunnat.

♦ What isWudu Dua (Prayer after Ablution)?

Once wudu is completed as mentioned above, recite this dua facing the qibla .

♦ What are the things that invalidate and break Wudu (Ablution)?

1. Any najis, liquid or solid matter coming out of the private parts and anus like urine, feces, blood, etc.

2. Leaving wind from the anus (farting)

3. If a woman’s skin (i.e. without any cover or dress) touches the skin of a ajnabi man (man permitted to marry) then wudu will be invalidated.

If a woman touches her mahram (men forbidden to marry, such as father, brother, son, uncle, etc), then wudu will not be invalidated.

4. To faint for a short or long time.

6. Touching the genital area with the palm. (The inner surface of the hand from the wrist to the base of the fingers)

♦ Some women use nail police. It blocks the water to reach the fingers. In this case, that woman’s bath or wudu is validated?

No, It’s not validated. Because main condition for the bath and wudu is nothing should block the water to reach the respective parts of body. If something blocks, then that bath or wudu will not be validated.

♦ Can a woman apply powder or cream after performing wudu? Will it invalidate wudu?

No, It will not break wudu, provided the ingredients of the material are not haram. However, avoiding is recommended.

♦ What has to do after wudu if a woman wants to drink or eat?

Eating or drinking will not invalidate wudu. However, it is recommended to rinse the mouth three times before to go prayers. 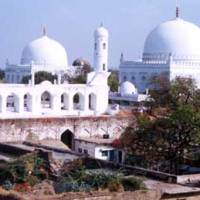