When Hussain was all alone, He cried out “ Is there anyone to help me ?! “ Narrations mention that at this very moment, 70.000 angels, dressed in battle gear, descended upon the planes of Karbala, chanting the slogan “ Labbayka Ya Hussain “ – Here we are, O Hussain “. Once they had descended, their leader come forward to Hussain and said “ Oh son of the Prophet of Allah, We are from the legions of the 5th heaven. Many of us have fought alongside your Holy father at the battle of Badr. We have been granted permission by the Sublimest of the Sublime to come to your aid. We are at your command. You are authorized to order the destruction of anything and everything “ The Imam looked at him and said “ I thank my Lord for his Mercy and Beneficience. But I am in no need of your aid, dear angel. I have called for help so that the world can bear witness that no human came to my help. It is my destiny to die here. Go back to worshipping Allah my dear angels, I am content. “ 70.000 angels wept and pleaded for permission to fight. But it wasn’t granted. So they ascended to the Throne and cried out to their Lord and said “ We have failed to aid your beloved, dismantle our existence for we do not deserve mercy! “ A voice answered back saying “ O company of angels, descend back to Karbala, and stay with my beloved. Stay with him till the day my final beloved will make a stand. On that day, your wish will be fullfilled and you will attain success “ To this day, if you listen carefully, at night, on the planes of Karbala, you can hear the muffled weeping of these angels. For these 70.000 angels still circulate the grave of Aba Abdillah, awaiting the final proof. So that they might fight alongside him and avenge the blood of the beloved of Allah. Wa Hussaina Wa Ghareeba.. Ya Hussain (a.s)🏴 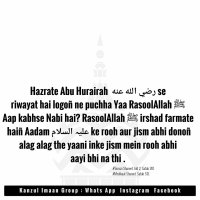