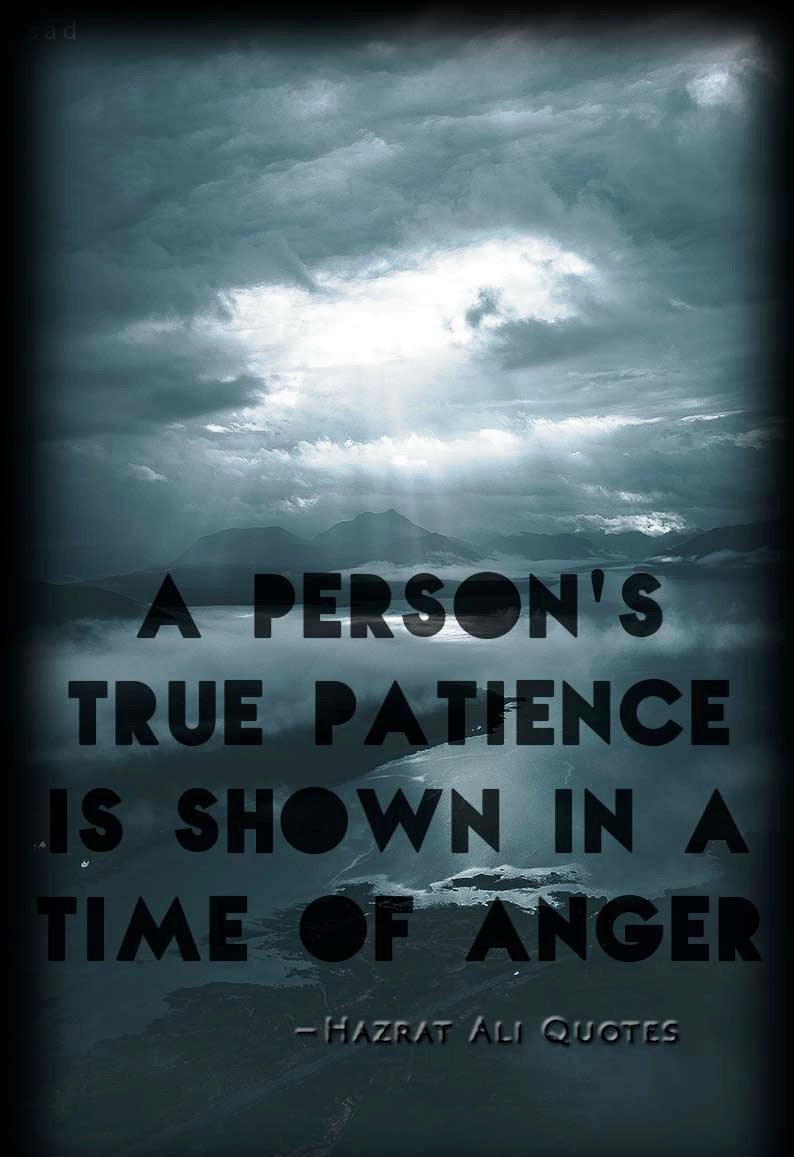 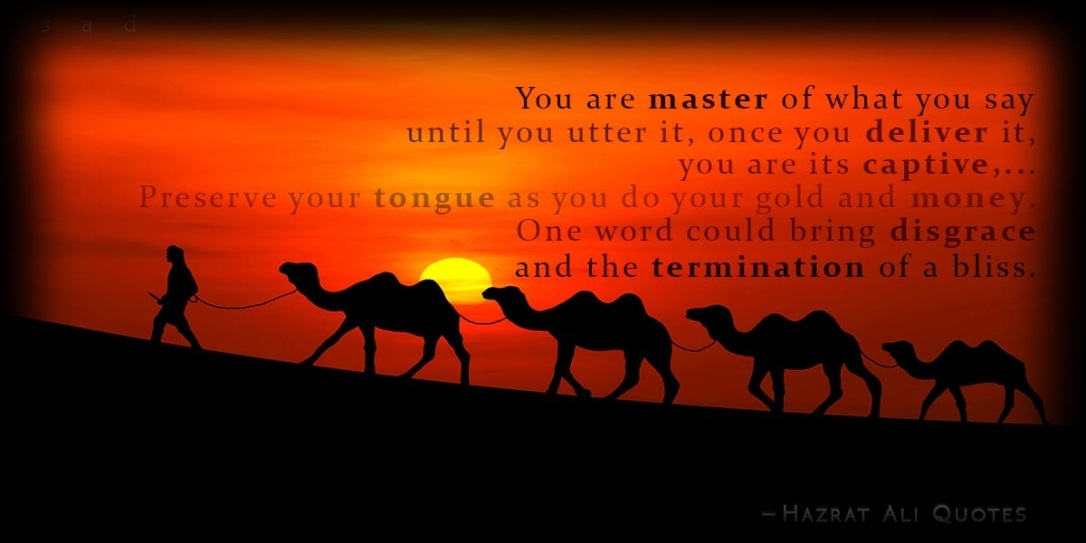 Gone Are those who pile wealth, even while they are alive. But those who are knowledgeable stay as long as there is night & day: although their bodies may be dead, but their knowledge is alive in the hearts.

Charity is an effective cure, and the actions of people in their present life will be before their eyes in the next life.

All matters are subject to destiny, so much so that sometimes death results from effort.

A person’s true patience is shown in a time of anger.

Rendering relief to the grief-stricken and providing comfort in hardship are among the means of atonement for great sins.

When you are running away from the world and death is approaching, there is no question of delay in the encounter.

The breath of a man is a step towards his death.

He who trusts the world, the world betrays him.

You are master of what you say until you utter it, once you deliver it, you are its captive. Preserve your tongue as you do your gold and money. One word could bring disgrace and the termination of a bliss.

Don’t show pleasure in somebody’s downfall, for you have no knowledge of what the future holds in store for you.

Aim to live in this world without allowing the world to live inside you because when a boat sits on water, it sails perfectly, but when water enters the boat, it sinks. 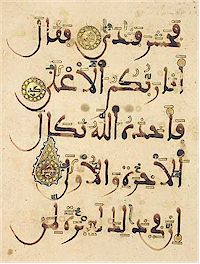 “Read: In the name of your Lord Who creates – creates man from a clot. Read: And your Lord is the Most Bounteous, Who teaches by the use of the pen, teaches man that which he knew not.” Quran 96:105

First and foremost, the Quran, repeatedly calls on the believers to seek knowledge, whilst at the same time it makes a number of observations on phenomena that stimulate intellectual effort such as creation, and the planets. Some verses among many work in this sense:

“In time, we shall show them our signs [ayatina] in the utmost horizons [of the universe] and within their inner selves until it will be manifest unto them that it is the Truth. Doth not thy Lord suffice, since He is Witness over all things.” (41:53)

“And He has subjected to you, as from Him, all that is in the heavens and on earth: behold, in that are signs indeed for those who reflect.” (45: 13)

The Quran repeatedly uses the expressions: `Why do they not reflect? Why do they not ponder?’ It constantly encourages the use of intellect and invites people to think, investigate and analyse. Muhammad Iqbal argues that by repeatedly reminding mankind to reflect and ponder, the Quran aims to `awaken in man the consciousness of that of which nature is regarded as a symbol.'(endnote 13) And in the words of Al-Faruqi `God created the world and implanted in it His immutable patterns that make it a cosmos. He designed it in a way calling for wonder: perfect, orderly, malleable, its parts causally and theologically bound to one another… He invited the man to study and investigate nature, to make the necessary deduction, and thus recognise, worship, and serve Him’.

The Quran calls upon `this widest possible scholarship, confident that men will find Islam’s claims for God and His providence, for nature, for man and history, confirmed. It made a point of faith to discern the patterns of God in nature, an act of piety to articulate those patterns correctly and adequately, and an act of charity to teach them to others.'(endnote 14)

There are scores of hadiths (sayings of the Prophet) in which the Prophet Mohammed (pbuh) enjoins Muslims to seek knowledge. Here is a couple:

“Seek knowledge from the cradle to the grave.”

“Seeking Knowledge is a duty upon every Muslim male and female.’ 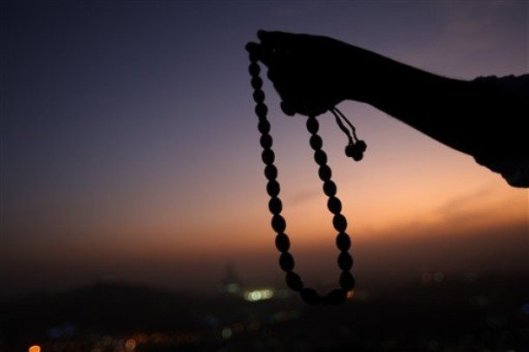 The Prophet, peace & blessings be upon him, is recorded to have said: