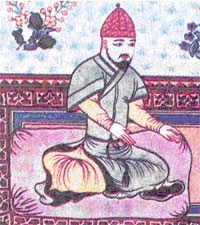 Tughril Beg (Persian: السلطان رکن‌الدین ابوطالب طغرلبک محمد بن میکائیل بن سلجوق یمین امیرالمومنین‎;[1] full name: Rukn al-Dunya wa al-Din Abu Talib Muhammad Toghrul-Beg ibn Mikail) also spelled Toghrul I, Tugril, Toghril, Tugrul or Toghrïl Beg;[2] (990 – September 4, 1063) was the Turkic founder of the Seljuk Empire, ruling from 1037 to 1063. Tughril united the Turkicwarriors of the Great Eurasian Steppes into a confederacy of tribes, who traced their ancestry to a single ancestor named Seljuq, and led them in conquest of eastern Iran. He would later establish the Seljuq Sultanate after conquering Persiaand retaking the Abbasid capital of Baghdad from the Buyid dynasty in 1055. Tughril relegated the Abbasid Caliphs to state figureheads and took command of the caliphate’s armies in military offensives against the Byzantine Empire and the Fatimid Caliphate in an effort to expand his empire’s borders and unite the Islamic world.

Map of Khurasan, Transoxiana and Tokharistan

Tughril was the son of Mikail ibn Seljuq; on the death of his father, Tughril and his brother Chaghri were raised by their grandfather Seljuk, who had other sons named Musa Yabghu and Arslan Isra’il, whom Tughril would later accompany into the Iranian plateau during his later life. Tughril ascended to power ca. 1016.

In the 1020s, Tughril and his other relatives were serving the Kara-Khanids of Bukhara. In 1026, the Kara-Khanids were driven out of Bukhara by the Ghaznavid Sultan Mahmud of Ghazni. This defeat made Arslan Isra’il flee to a place near Sarakhs, where he asked Mahmud for permission to settle in the area in return for military aid. Mahmud, however, had Arslan Isra’il put in prison, where the latter soon died. Meanwhile, Tughril and Chaghri remained loyal to their Kara-Khanid overlords. Although in 1029 they had some disputes with the Kara-Khanids, they continued to support them, and still continued to participate in the Kara-Khanid wars against the Ghaznavids; in 1032, they were present at the Battle of Dabusiyya.

After the Kara-Khanid ruler Ali-Tegin’s death, however, the Seljuqs changed their allegiance to the ruler of Khwarazm, Harun,[3] but were in 1035 repelled by the Oghuzruler Shah Malik. The Seljuqs then went to the same place which Arslan Isra’il had gone to, and asked the son of Mahmud, Mas’ud I, for asylum. Mas’ud, however, considered the nomadic Turks a dangerous threat and sent an army under commander-in-chief Begtoghdi. The army was shortly defeated by the Seljuqs, who forced Mas’ud to cede Nasa, Farava and Dihistan in return for Seljuq recognition of Ghaznavid authority and protection of the region from other Turkic tribes.[4] 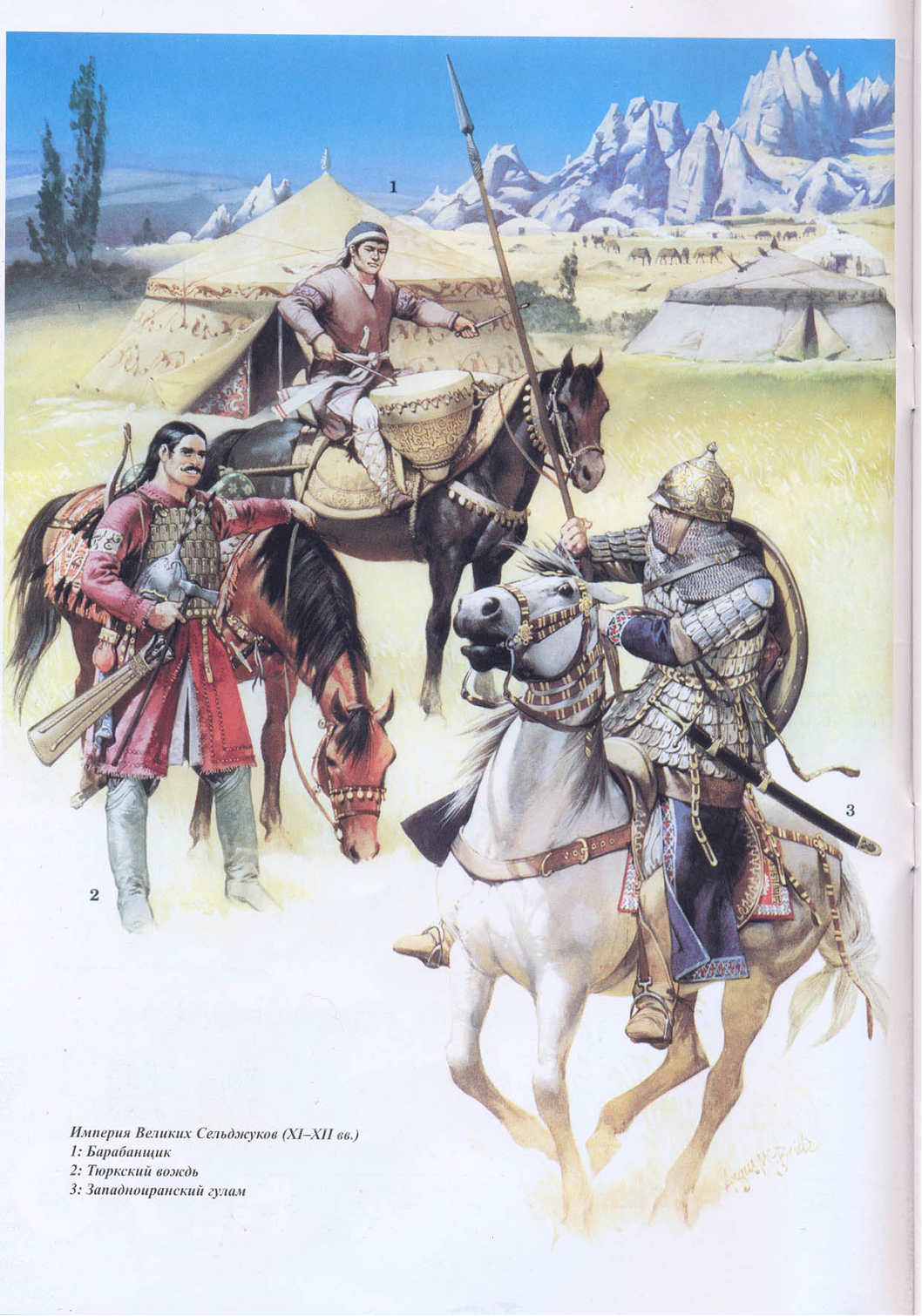 In 1037, the Seljuqs managed to force the Ghaznavids to cede them Sarakhs, Abivard and Marw. The Seljuqs then slowly began subdue the cities of Khorasan, and when they captured Nishapur, Tughril proclaimed himself as the Sultan of Khorasan.

Mas’ud, after having returned to Khorasan, expelled the Seljuqs from Herat and Nishapur. He soon marched towards Merv to completely remove the Seljuq threat from Khorasan. His army included 50,000 men and 12 to 60 war elephants.

A battle shortly took place near Merv, known as the Battle of Dandanaqan, where the army of Mas’ud was defeated by a much smaller army under Tughril, his brother Chaghri Beg, and the Kakuyid prince Faramurz. Mas’ud thus permanently lost control of all of western Khorasan. This victory marked the foundation of the Seljuk Empire, which was now rapidly expanding towards West.

Tughril then installed Chagri as the governor of Khorasan and prevented a Ghaznavid reconquest, then moved on to the conquest of the Iranian plateau in 1040-1044; In 1041/2, Tughril conquered Tabaristan and Gurgan, and appointed a certain Mardavij ibn Bishui as the governor of the region. In 1042/3, he conquered Ray and Qazvin, and at the same his suzerainty was acknowledged by the Justanid ruler of Dailam.[5] The Sallarid ruler of Shamiran also shortly acknowledged the suzerianty of Tughril.[6] 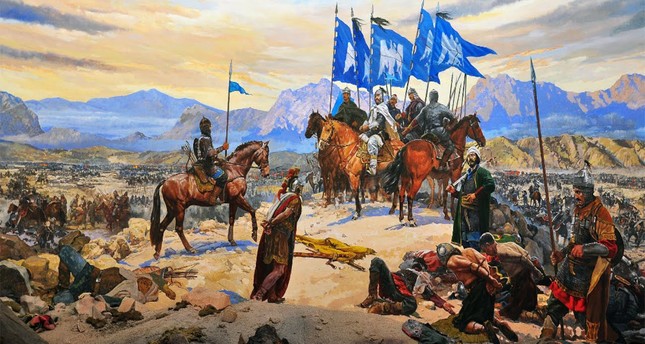 By 1054 his forces were contending in Anatolia with the Byzantines and in 1055 he was commissioned by the Abbasid Caliph Al-Qa’im to recapture Baghdad from the Buyids.[7] A revolt by Turcoman forces under his foster brother İbrahim Yinal, Buyid forces and an uprising against the Seljuqs led to the loss of the city to the Fatimids Caliph in 1058. Two years later Tughril crushed the rebellion, personally strangling İbrahim with his bowstring and entered Baghdad. He then married the daughter of the Abbasid Caliph near the city of Tabriz.[8] 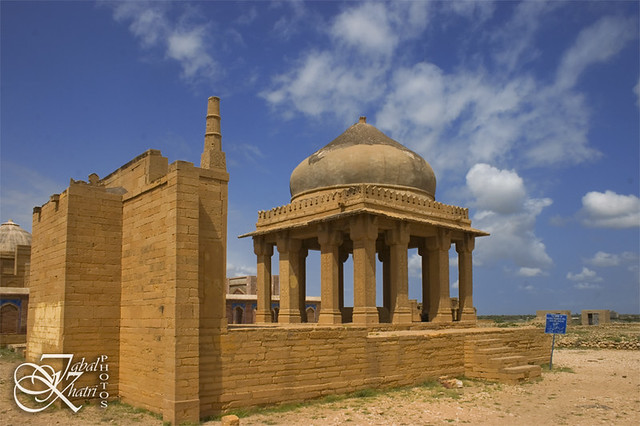 He died childless in the city of Rey in modern Iran and was succeeded by his nephew Suleiman which was contested by Alp Arslan, both of them sons of his brother Chaghri.[9] His cousin Kutalmish who had both been a vital part of his campaigns and later a supporter of Inal’s rebellion also put forth a claim. Alp Arslan defeated Kutalmish for the throne and succeeded on April 27, 1064.