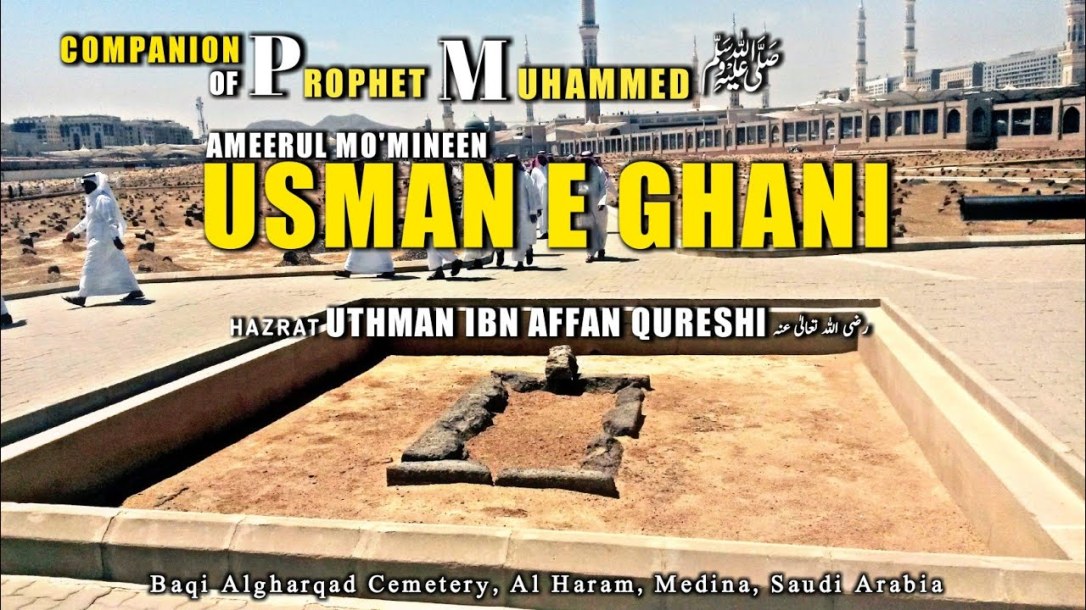 Hazrat Usman (R.A) belonged to a noble family of Quraish a tribe of Mecca. He was born in 573 A.C. He (R.A) was from the “Umayyah” family of Quraish that was a well reputed and honorable family of Mecca during the pre-Islamic days. His inherited name was “Abu Amr” but he (R.A) was commonly known as “Usman ibn Affan” as his father was “Affan bin Abul-As”.

Hazrat Usman was one of the known people of Mecca who knew reading and writing. He did a business of clothes in which he succeeds and became rich. He used to spend his money on helping poor and needy people. Due his noble acts Meccans had great respect for him in their hearts.

Some years later after acceptance of Islam, he married to one of the daughters of Prophet (SAW) Ruqayya (R.A). In spite of his wealth and position, his relatives manipulated him because he had embraced Islam, and he was forced to immigrate to Abyssinia. Sometime later he returned to Mecca but soon migrated to Medina with the other Muslims. In Medina, his business again began to flourish and he regained his prior success. Usman’s generosity had no limits. On various occasions, he spent a great portion of his wealth for the welfare of the Muslims, for charity and for preparing the Muslim armies. When the Emigrants from Mecca came to Medina, they had great difficulty in getting drinking water. Hazrat Usman (RA) bought a well named “Bi’r-i-Rumah” from a Jew against twenty thousand dirhams for free use of Muslims. That was the first trust ever made in the history of Islam. The Holy Prophet (PBUH) gave him the glad words of Paradise for this act. That is why he came to be known as ‘Al-Ghani’ meaning ‘The Generous.’

Hazrat Usman (R.A.) migrated with other Muslims to Medina. He could not participate in the first battle of Islam against non-believers of Mecca at Badr because his wife Ruqayya (R.A) was very ill. She died before the Muslims returned from Badr after the victory. The Holy Prophet (SAW) gave him glad words that he would get the same reward as though he had participated in the battle. After the death of Ruqayya (R.A.), the Holy Prophet (SAW) married his next daughter, “Umm Kulthum” with him and he was given the title of “Dhun-Nurain” i.e., the man with two lights because He (R.A) married with two daughters of Prophet Muhammad (SAW).

Hazrat Usman (R.A) had a great command over Arabic language and also he had beautiful handwriting. Due to this Holy Prophet (SAW) appointed him as one of the noble scribes of Holy Revelations.

Hazrat Usman (R.A) was not only a huge intellectual on the subject of Quranic Revelations and their Shan e Nazool but also was its Hafiz (person remembering Quran in its memory). He used to explain the Ayahs very well and was thought to be an authority in this regard. He was one of the few Companions who excelled in deriving laws from the verses of the Holy Quran. His opinions and judgments have been mentioned in books. He was considered an authority on the laws of Hajj. He was great Islamic scholar as he knew reading and writing even before the acceptance of Islam.

As a Third Caliph of Islam

After the death of the second Caliph Hazrat Umar (R.A), Hazrat Usman (R.A) selected as the third caliph of Muslims. During his caliphate, he regime constituted a glorious period in the history of Islam. The territories of an Islamic state (caliphate) were quietly extended. Though the conquests during his time were not so much in number as during the time of ‘Hazrat Umar (R.A), nevertheless they were not few. He ruled over a vast part of the then known world, right from Kabul (Afghanistan) to Morocco. He put down the rebellions with an iron hand. He continued the tradition of Hazrat Umar (R.A) and expanded the Islamic state to far off non-Arab countries. Did formation of Naval Muslim forces leading to more effective outreach. Ultimate glorification of Islamic State through victories over Byzantine and Roman realms and capturing the North African territories during his caliphate period. Actually, Islam was at the peak of its glory during the period of Hazrat Usman (R.A).

Assemblage of the Complete Holy Quran

At the time of Hazrat Abu Bakr (R.A), Furqan e Hameed was assembled together in written form and was kept with His daughter Hasfa (R.A), the spouse of the Holy Prophet (SAW). But due to the expansion of the Islamic state to other corners of the words, it was felt by Hazrat Usman (R.A) noticed differences in the recitation of Holy Quran. So, he directed Hazrat Zaid bin Sabit (R.A) to make multiple copies of the same Quran he had written in the time of Hazrat Abu Bakr (R.A) to help save the Quranic text from any possible editions and bring people to a common way of recital process. For this, he is known as “Jami’ul-Quran” meaning “The compiler of the Quran.”

Hazrat Usman (R.A) faced the resistance from so-called Muslims who had declared him as the third caliphate of Islam and Muslims. One day when He (R.A) was reciting the Sacred Book of the Almighty Lord in his home, he (R.A) was brutally martyred by heretics. Thus, He (R.A) attained the great status of being called a Martyr and as He (R.A) was assassinated on Friday,12-17 of Dhul Hijjah, 35 A.H, at the age of 84. Ibn Umar (R.A) reported that Allah’s Messenger (SAW) mentioned a fitnah (trial) by saying:

“This innocent one will be killed in that, referring to Usman bin Affan.” (Tirmidhi)

The contributions of the third Caliph of Islam, Hazrat Usman (R.A) are wide range from acceptance of Islam to helping the poor Muslims with his wealth, working for the peace as a caliphate and expanding the outreach of Islam to distant regions, assisting others in religious matters to compiling the entire Holy Quran on one recitation. Hence, he (R.A) truly served the Religion of Islam unselfishly and got the greatest of the possible reward from Allah SWT by naming him among the most righteous companions of the Holy Prophet (SAW) in Paradise. Hazrat Usman (R.A) was a great person and leader. We should follow his lifestyle and teachings in our life. 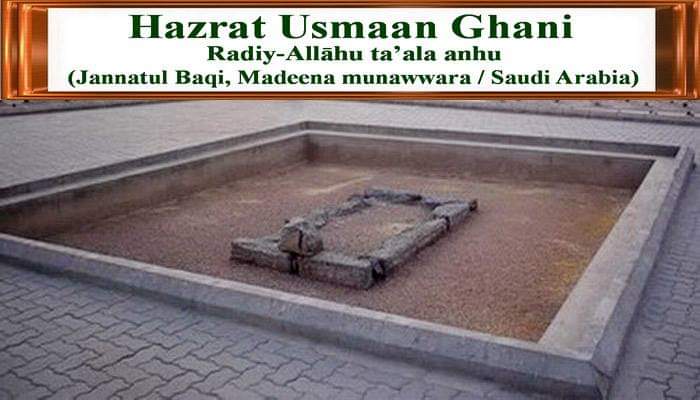 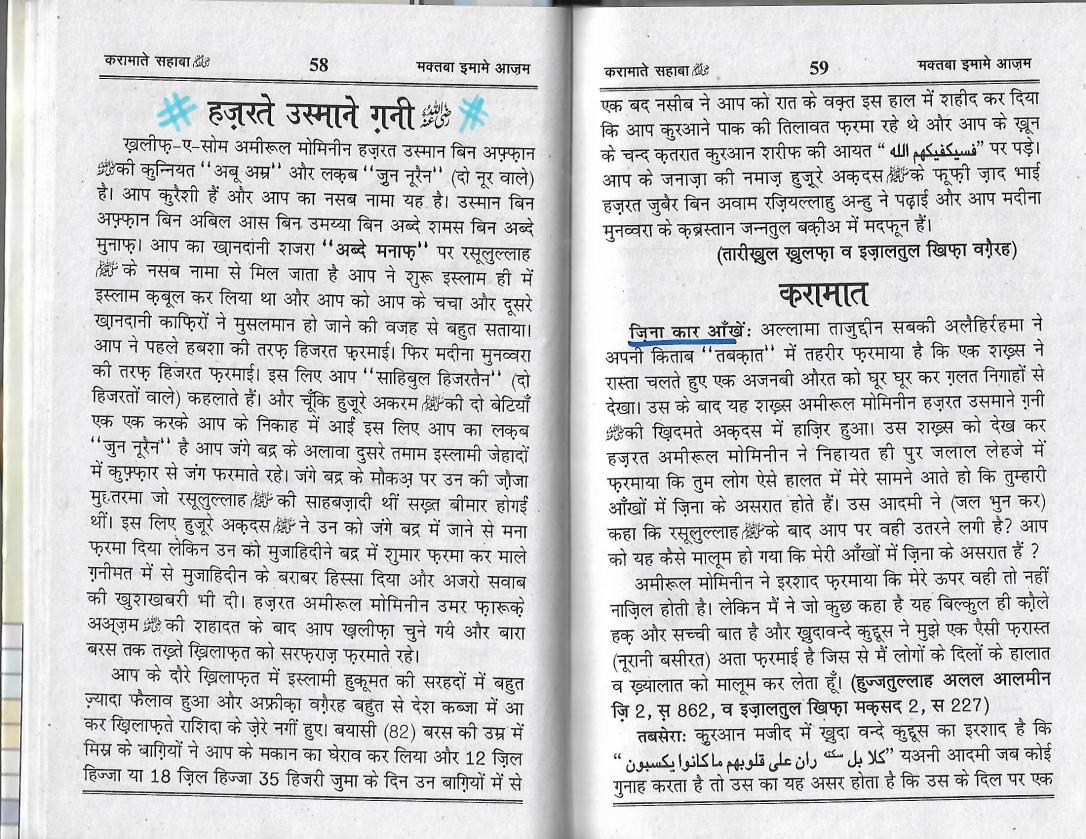 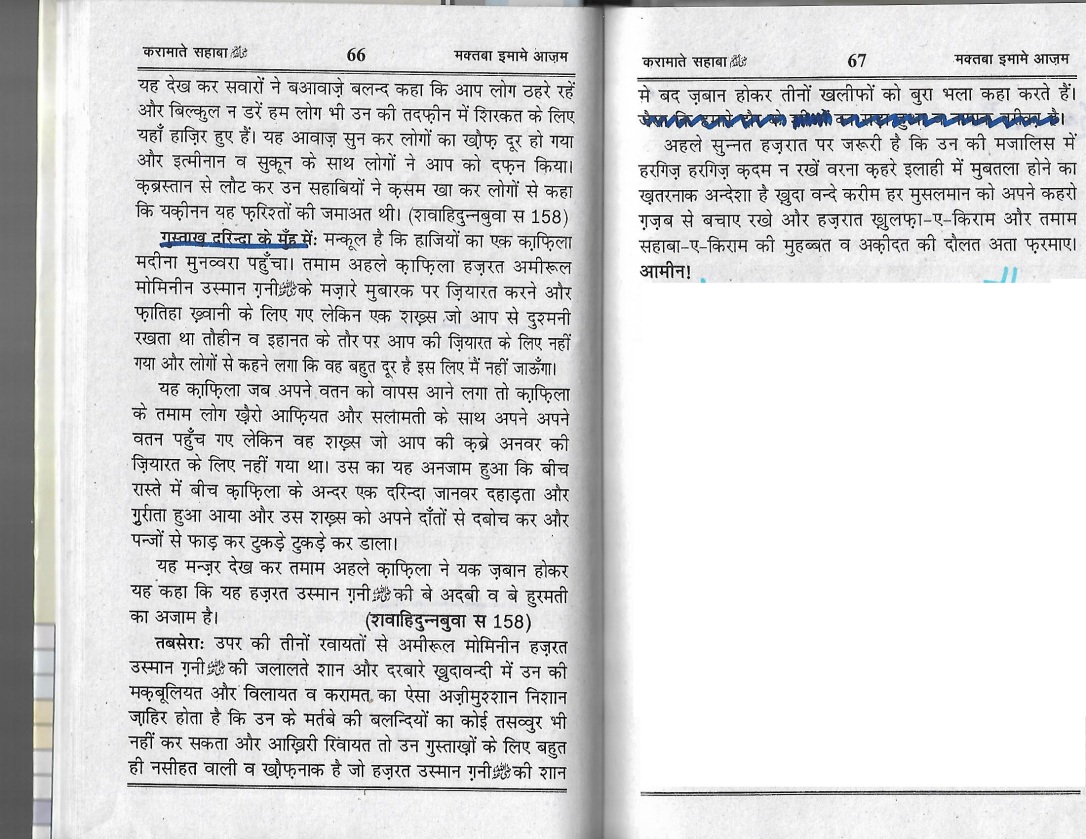