Hazrat Zainab (pbuh) the daughter of Imam Ali (pbuh) and Hazrat Fatimah Zahra (pbuh) and the granddaughter of Prophet of Islam, Hazrat Muhammad Mustafa (pbuh), reflected in her character the best attributes of those who brought her up. In sobriety and serenity she was likened to her grandmother Hazrat Khadijatul Kubra (pbuh); in chastity and modesty to her mother Hazrat Fatimah Zahra (pbuh) – the Mistress of the Ladies of the Worlds; in eloquence to her father Imam Ali (pbuh); in forbearance and patience, and in bravery and tranquility of the heart to her brothers Imam Hassan (pbuh) and Imam Hussein (pbuh) – the Masters of the Youth of Paradise, respectively. Her face reflected her father’s awe and her grandfather Prophet of Islam, Hazrat Muhammad Mustafa’s (pbuh) reverence.

Ali (RA)’s three daughters were named “Zainab” so, she was called as “Zainab the Elder”. By the time her (RA) mother (RA) died, she was just 7 years old.

As per a biography, The Victory of Truth, She (RA) used to teach Quran to the women. and continued teaching even after moving to Kufa.

She was married to Abdullah ibn Ja’far (RA), who was the nephew of Ali (RA). She and her husband spent a modest life.  Zainab (RA) had five children, four sons Ali (RA), Aun (RA), Muhammad (RA), and Abbas (RA) and a daughter Umm Kulthum (RA).

After they have been presented in the court of Yazid, Zainab (RA) said a Khutba (Sermon), which still Muslims all around the world and get inspired by the references and words she used to counter Yazid’s misbehavior.

She started her sermon with the name of Allah; 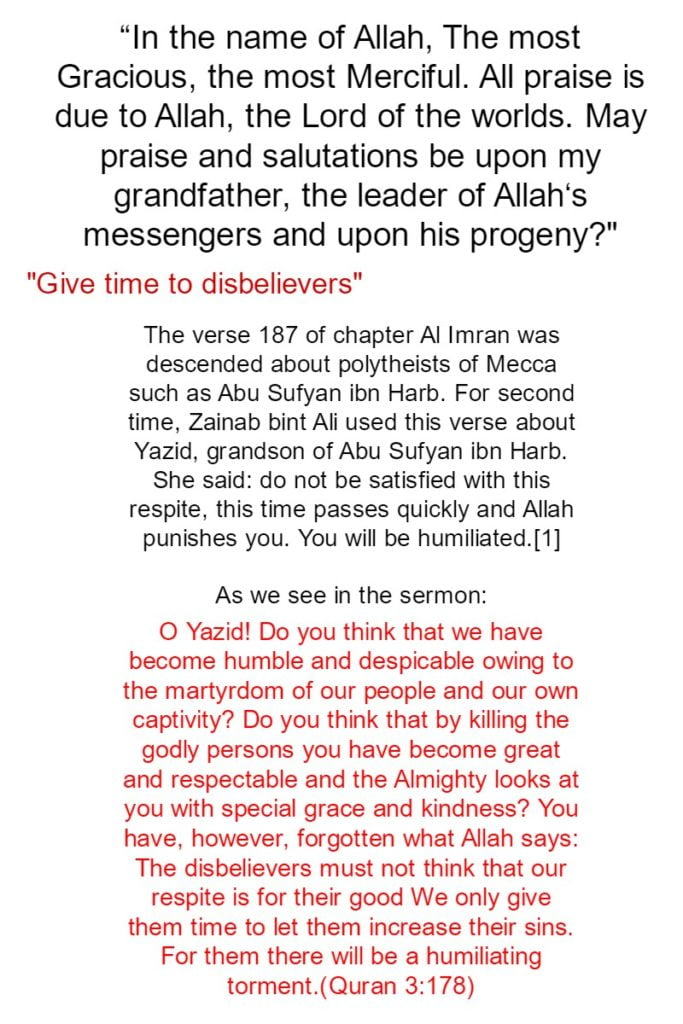 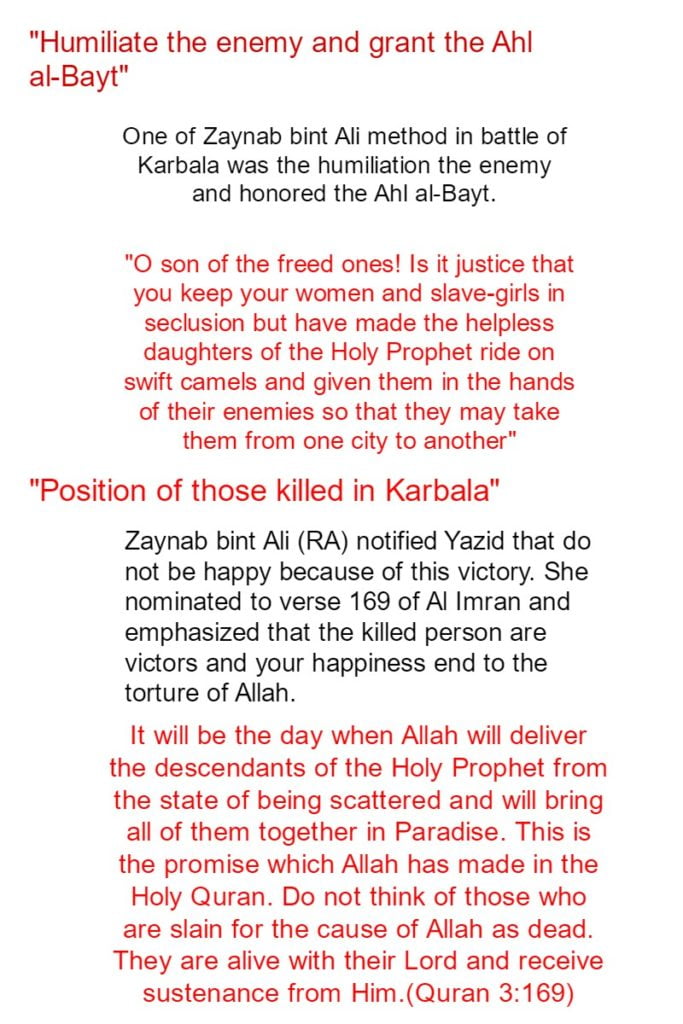 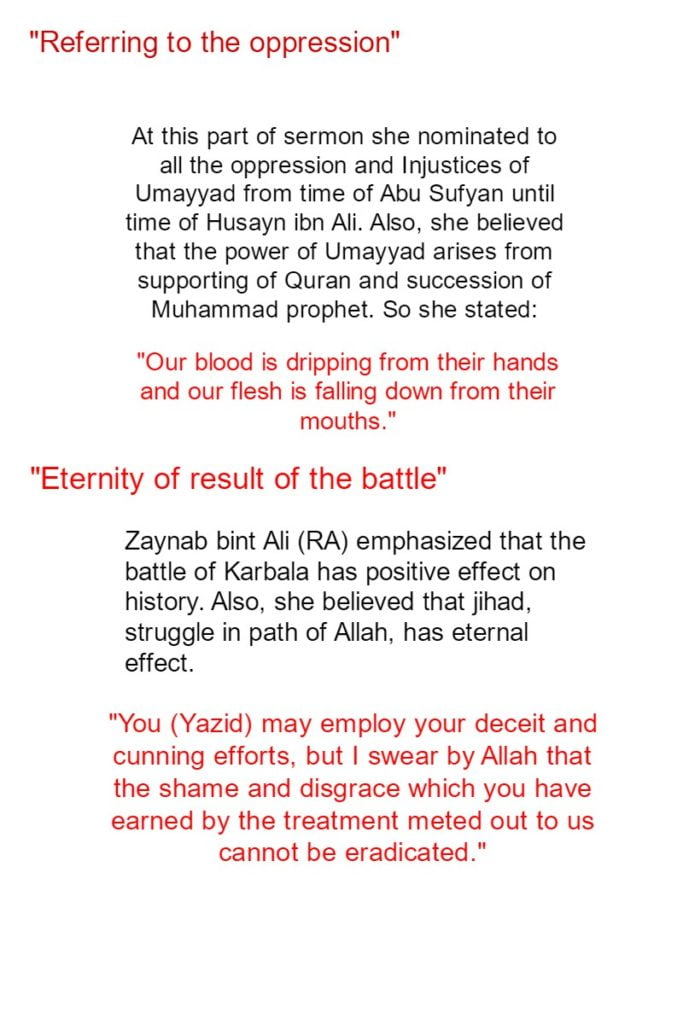