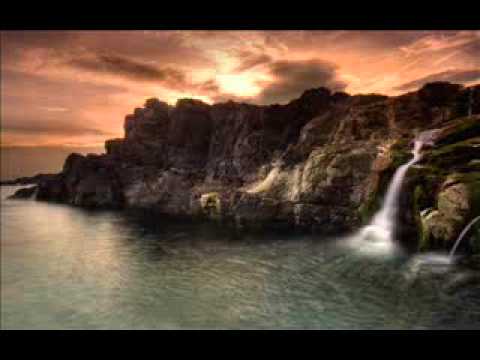 Once, the Prophet (pbuh) left Makkah with Zayd bin Haritha secretly and went to Taif in order to convey the message of Islam to the notables of Taif. However, let alone accepting Islam, they insulted and mocked the Prophet. One of the notables of Taif said, “Did Allah not find anybody else but you to send as a prophet?” The Prophet was attacked by stones and sticks by some young people who were agitated by the notables.

The attitude of the Messenger of Allah against this treatment was really exemplary. Although Jibril said, “I will destroy them if you want”, he did not even curse them. He hoped that they would accept Islam in the future and prayed Allah to guide them.

Years passed after this incident. The prayer of the Messenger of Allah for the people of Taif was accepted. The people of Taif accepted Islam in groups. The sun of Islam illuminated the whole Arabia. It shed light to the world from there. Urwa bin Mas’ud, who was one of the notables of Taif, was among the first people of Taif that accepted Islam. With the love that Islam brought about in his heart, he set off from Madinah from Taif. After a journey that lasted for days, he arrived in Madinah. He found the Prophet and accepted Islam.

Urwa bin Mas’ud wanted to convey the message of Islam to others. He thought he had to spread the light of guidance to distant places. He thought of starting from his own tribe. He believed that he had to call them to Islam. He thought he could do it very well because he was a person that was loved by his tribe. They would obey him. They believed him so much that when the Messenger of Allah called them to Islam, they said, “If anyone were to be sent as a prophet, it would be Urwa.” They were loyal to him so much and loved him so much.

“O Urwa! I am worried that they might kill you.”

Hz. Urwa bin Mas’ud said, “O Messenger of Allah! They love me more than their own children. They would not wake me up if they saw me sleeping.” When the Messenger of Allah saw that he was insistent, he said, “All right! You can go if you want but be very careful.”[1]

Hz. Urwa set off. He arrived in Taif after a few days. Many people did not notice his arrival since he came at night. Those who saw him did not like it when they saw that he went home without visiting the idol Lat. However, they did not say anything thinking that he ignored visiting Lat because he was tired.

“O my tribe! Can you accuse me of anything bad?”

Then, Urwa continued: “The reason why I became a Muslim is the truth I found in Islam. I saw something that others did not see in it. Listen to my advice. Do not oppose me. I swear that no messenger brought to his tribe any truths superior to the ones that I brought to you.”

The people of Taif were astounded when they heard these words because Urwa had changed completely. The Urwa that they knew was gone. There was an Urwa that was enlightened by the light of Islam. 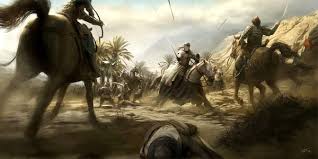 They surrounded him and said, “We felt suspicious when you went directly home without visiting Lat.” They opposed him.

However, Urwa continued to speak. When the polytheists saw that he was determined, they left. At dawn, Urwa bin Mas’ud went up to the roof of his house and called the adhan of the morning prayer. When the polytheists heard the adhan, they got crazy. They took their bows and shot arrows at him. Hz. Urwa was seriously wounded. Blood was coming out of his whole body. However, he shouted,

“This is an honor for me. Martyrdom is a grace of Allah. Allah is one and Muhammad is His Messenger. My belief in the Messenger of Allah got stronger because he told me about this. O my relatives! I want only one thing from you: Bury me near the Companions that fought together with the Messenger of Allah and that were martyred. I want to be with them.”[2]

May Allah be pleased with him!