Abu l-Hasan Mohammad ibn Esmail (Khair ibn Abd Allah) al-Nassaj of Samarra, a pupil of Sari al-Saqati and a member of al-Jonaids circle, was taken as a slave in Basra but afterwards proceeded to Mecca. He is said to have lived to the age of 120, dying in 322 (924).

Khair-e Nassaj was the chief master of his time. A pupil of I Sari-e Saqati, he influenced Shebli and Ebrahim-e Khauwas | and was greatly admired by Jonaid. The following was the reason why he was called Khair-e Nassaj. Leaving his native I town Samarra bound for the pilgrimage, on the way he passed | through Kufa. He arrived at the gates of Kufa clad in a patchwork robe, he himself being black of complexion, so that all who beheld him would cry, The man appears a fool! There a certain man espied him.

I will employ him for a few days, he said to himself. Then he approached him.

Are you a slave? he asked.

Have you run away from your master?

I will take charge of you until I can restore you to your master, the man said.

That is what I am seeking myself, said Khair. All my life I have been longing to find someone who will restore me to my Master.

The man took him to his home.

Your name is Khair, he said.

Khair did not gainsay him, believing firmly in the saying that a believer does not lie. He went along with him and served him. The man taught Khair the craft of weaving. For years he worked for the man. Whenever he called out, Khair! he would reply Here am I! At last the man repented, having seen his sincerity, perfect behaviour and intuitive powers, and having witnessed the constancy of his devotions.

I made a mistake, he announced. You are not my slave. Go wherever you wish.

Khair then departed for Mecca, where he attained such a high degree of saintliness that Jonaid himself declared, Khair is the best of us. He preferred people to call him Khair.

It would not be right, he would say, for a brother Muslim to give me a name and for me to change it.

From time to time he practised weaving. Sometimes he used to go down to the Tigris and the fishes would make advances to him and bring him various things. One day he was weaving muslin for an old woman.

The old woman said, If I bring a dirham and do not

find you here, to whom shall I give it?

Throw it in the river, Khair replied.

The old woman brought the dirham, and Khair not being there she threw it into the Tigris. When Khair returned to the bank the 1Sshes brought that dirham to him.

It is said that Khair lived to the age of I20. When his death drew near, it was the time of the evening prayer. Azrael cast his shadow, and Khair raised his head from the pillow.

God preserve you! he cried. Wait a little. You are a slave under orders, and I am a slave under orders. You have been told to collect my soul. I have been told, When the time for prayer comes, pray. That time has now come. You will have plenty of opportunity to carry out your orders. For me it is now or never. Please be patient until I have performed the evening prayer.

Khair then washed himself and performed the prayer. Immediately afterwards he died. 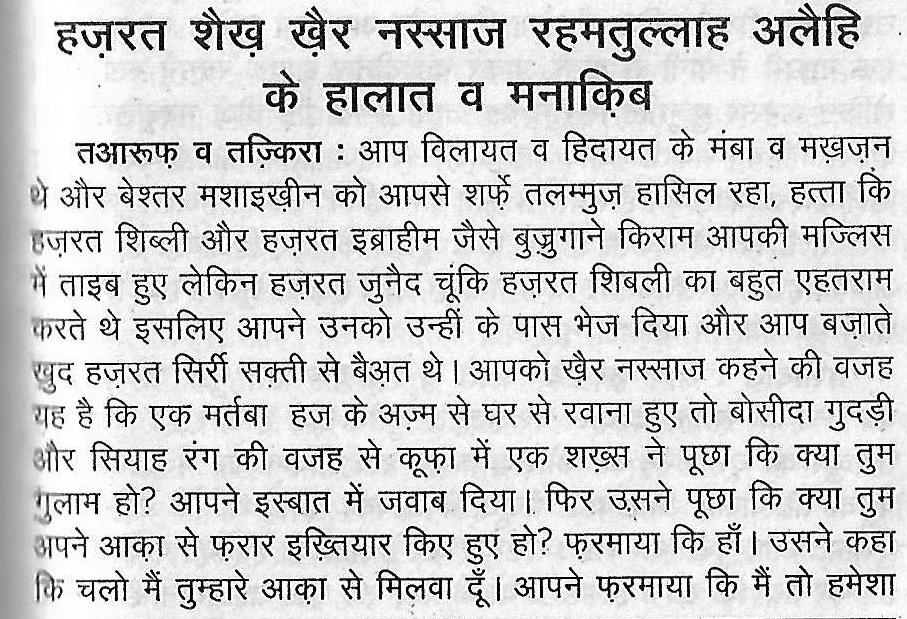 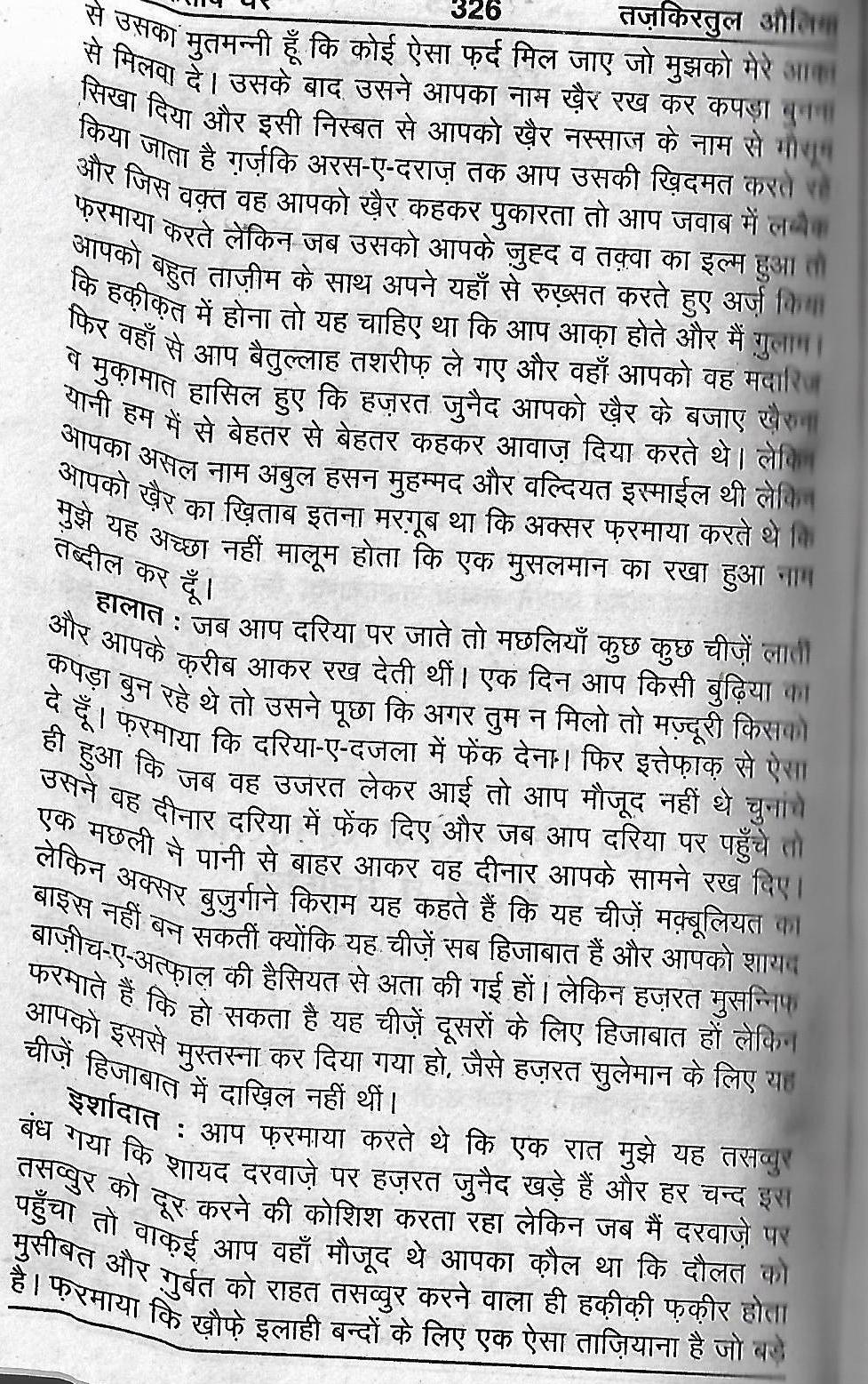 The Greatest Doctor To Ever Walk on Earth

THE PROTECTED ROOF THE EARTH’S MAGNATIC FIELD: In the Qur’an, Allah (subhanahu wa ta’ala) calls our attention to a very important attribute of the sky: “We made the sky a preserved and protected roof yet still they turn away from Our Signs.” [Qur’an, 21:32] This attribute of the sky has been proved by scientific research […]