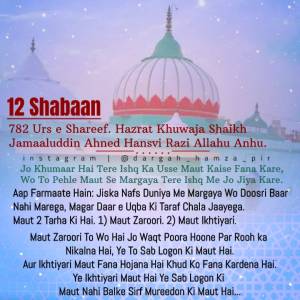 Sheikh jamal-ud-Din Ahmad was a direct descendant of Hadrat Imam Abu Hanifa, the renowned jurist of Islam. He was born at Ghazni (Afganistan) in the year 583 A.H. He was five years old when his family came to Hansi. He became a disciple of Hadrat Baba Fariduddin Shakar Ganjh of Pakpattan at the age of 50. He learnt deeply and served devotedly.

He was a scholar and a poet. Before becoming a sufi, Shaikh Jamalu’d-Din had been the khatib of Hansi, owning villages and extensive property. Discipleship with Baba Farid meant abandoning material prosperity. When his poverty became overwhelming, Shaikh Jamalu’d-Din, using Shaikh Nizamu’d-Din Auliya of Delhi as a go-between, informed Baba Sahib of his extreme impecuniosity. Through the Shaikh the Baba replied that it was Shaikh Jamalu’d-Din duty to bear the spiritual burden assigned to him.

It is said that once Sheikh Bahauddin Zakarya of Multan came to Baba Farid and stayed with him for some time. On his return, he wrote to Baba Sahib “Give me your disciple Jamal and have all mine and courtesy demands that request be no turned down.” Baba Farid is reported to have replied: “Exchange is permissible in goods material. But Jamal (which means beauty) is not exchangeable.” Baba Farid liked Sheikh Jamaluddin so much that the went to Hansi to stay with Sheikh Jamaluddin fro 12 years. He nominated the latter as his Khalifa. He trusted him so much that whenever Baba Farid would give the letter of Khilafat to anyone, he would direct him have it-countersigned by Shaikh jamal-ud-Din of Hansi.

Hadrat Jamal-ud-Din passed away during Baba Fariduddin’s life time. A lady took a minor son of Qutb Jamal to Baba Sahib. He treated him most kindly and appointed him a Khalifa. She said to a Baba Shabi in Hindi: Khawaja Burhanduddin is a child. To which Baba Sahibn said: The moon too begins as a crescent and gradually becomes full moon.

Directed by Baba Farid, Shaibzada Burhanauddin often waited upon Shaikh Nizam-ud-Din Auliya of Delhi. He had such a deep faith in him that he never took anyone as his disciple during the latter’s lifetime Sheikh Qutb-ud-Din Auliya was Hadrat Burhanuddin’s son. Qutb Jamal-ud-Din Hansvi was Baba Farid-ud-Din’s righthand man in ghis far-flung programme for the propagation of Islam. It has been remarked above that Baba Farid would have his appointees as Khalifa get the appointment countersigned by Qutb Jamal-ud-Din Hansvi. This was not merely out of regard for him, its real object was that the various Chishti organizations for the propagation of Islam should have an eye on those under them. Qutb Jamal-ud-Din’s piety and saintliness drew large number of people to him and he did all he could to help console and guide them.

Here are some of the saying s ascribed to him: The recital of God’s name is the food of the soul, and His praise the wine of the soul.

An autocratic ruler and an ignorant priest are the enemies of the country and religion. A wise man deprecates tow persons; the talented person who makes no use of his talents, and the ignorant hermit who is eager fro perfection.

Hadrat Jamal-ud-Din Hansvi’s motto like all other Chishti saints was “To speak less, eat less, sleep less, and to avoid the company of the well-placed”. He died at Hansi (Haryana-India) on 12th of Shaban 659 A.H. at the age of 76 years. He left behind Mulhimat in Arabic – a prose work consisting of Sufi aphorisms and his Diwan of poetry in two volumes. His other two works namely Pandnama Farsi and Umdatur-Waizeen are not available. Mulhimaat’s translated version accompanying.

He lies buried in a mausoleum at Hansi. In the wake of partition of the Punjab in August 1947, Hansi witnessed a great massacre unparallel-ed in the annals of barbarity. The precincts of the Mazar of Hadrat Jamal-ud-Din presented awe inspring spectacle of second Karbala. With the exodus of entire Muslim population from Hansi, the Mazar remained neglected for soemtime. It was in the year 1961 that Shah Waliur Rehman Jamal (d. 1961) restarted observance of Hadrat Qutb Jamal’s urs at the Dargah Sharif in Hansi, which is continuing. Thousands of devotees from all over the subcontinent gather together annually to pay their devout homage there.

Born in 699 A.H. Shakih Qutbu’d-Din Munawwar was an eminent murid of Shaikh Nizamu’d-Din Auliya.’ A grandson of Shaikh Jamalu’d-Din of Hansi, and the son of Shaikh Burhanu’d-Din, his childhood was spent in the highly spiritual atmosphere of the jama’at-khana. On the occasion of receiving his khilafat-nama, Shaikh Nasir’d-Din Chiragh-I Dilli congratulated Qutbu’d-Din Munawwar and asked him to relate the secret instructions he had obtained. Shaikh Munawwar replied:

‘The instructions of the Sultanu’l Masha’ikh, which he discloses to different disciples, embody divine secrets. These are imparted by a pir and cannot be divulged to anyone. Those given to you are your and those given to me are mine.’

Qutbu’d-Din was allowed to settle in Hansi and at the time of his departure from Delhi. Shaikh Nizamu’d-Din gave him the copy of the ‘Awarifu’l-Ma’arif which his grandfather had given the Shaikh to be passed on to his grandson. Shaikh Jamalu’d-Din had originally obtained it from Baba Farid at the time of receiving his khilafat-nama.

Along with other disciples of the great Chisti saint, Shaikh Munawwar was adversely presented to the Sultan by enemies of the sufi movement. The Sultan, according to Amir Khwurd, dispatched a farman of two villages to the Shaikh through Sadr-I Jahan Qazi Kamalu’d-Din, to test his asceticism. Quoting a precedent set by Baba Farid, the Shaikh requested the Qazi to admonish those who acted contrary to the traditions of their pirs. Chastened, the Qazi related to the Sultan Shaikh Munawwar reply.

A further confrontation between Shaikh Munawwar and Muhammad bin Tughluq occurred during the latter’s visit to Hansi, Before reaching the town he ordered it to be inspected. The report informed the Sultan that one of Shaikh Nizamu’d-Din’s disciples lived in Hansi, but did not anticipate paying homage in the traditional manner to his temporal ruler. Upon being summoned to attend the Sultan’s court, the Shaikh thanked God for not being forced to visit the Sultana at his own bidding. Putting his prayer carpet on his shoulders, and carrying his stick, he left Hansi accompanied by his son, Nuru’d-Din. Although he continued to plead that he was a stranger to court etiquette but on the advice of Firuz, who later succeeded Sultan Muhammad bin Tughluq, the Shaikh relented and was presented to the Sultan. It appears that the ruler was deeply impressed to the Sultan. It appears that the ruler was deeply impressed by the Shaikh’s handshake, and mollified somewhat when he answered that he had failed to pay homage as he considered himself too unworthy to call on his rulers, adding that he had been occupied praying for welfare of the Sultan and the Muslims in his solitary retreat. Admitting he had been misled regarding the Shaikh’s character, through Firuz and Ziya’u’d-Din Barni, bestowed on him a gift of 100,000 tankers. On being pressed by them to accept the gift, the Shaikh consented only to receive 2,000 tankers which he gave in charity.

Shaikh Nasiru’d-Din Chiragh-I-Dilli played a prominent role in the accession of Firuz Shah to the Dilhi Sultanate, and was apparently a great source of inspiration to the army which marched from Thatta to Delhi. When it reached Sarsuti, about 300 Kilometers from Delhi, Shaikh Nasiru’d-Din said to Sultan Firuz that his prayers had helped the army to reach Sarsuti, but from there onwards was the spiritual domain of Shaikh Qutbu’d-Din Munawwar and the Sultan should approach him for assistance. Qutbu’d-Din repled to the royal petition as follows:

‘As my brother, Shaikh Nasiru’d-Din has entrusted the care of the people to me, I pray God that Delhi may fall into your hands.’

On reaching Hansi, Sultan Firuz visited Shaikh Qutbu’d-Din Munawwar. Since the Shaikh was leaving for Friday prayers, he stopped outside his jama’at-khana and advised the Sultan both to stop drinking and refrain from continual indulgence in hunting, as the killing of animals should be necessitated only by human needs. When the Sultan asked the Shaikh to pray that his desire for this sport might be lessoned the Shaikh became enraged and implied that his advice was not being genuinely heeded. The Sultan’s gift of an expensive robe was refused.

Shaikh Qutbu’d-Din son, Shaikh Nuru’d-Din, who had accompanied him to the Sultan’s court, rose to considerable eminence. When first entering the court of Muhammad bin Tughluq, the spectacle and pomp frightened him. But his father whispered to the child: ‘Greatness and power belong to God alone.’His terror immediately abated, and he saw the assembly of great nobles as a collection of mere lambs.

The second Qutab in the line of Silsila Chishtia Jamalia, Khwaja Buhanuddin died in the year 699 A.H. at the age of 40. The third Qutab Hardat Qutubuddin Munawwar (b. 695 A.H.) departed to his heavenly home on 7th of Muhharram in the year 760 A.H. The fourth eminent Qutab Khawaja Nurruddin (b. 725 A.H.) died in the year 799 A.H. 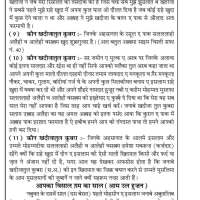 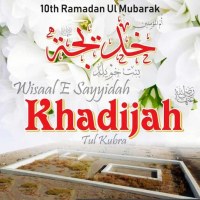 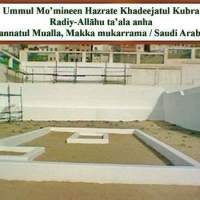 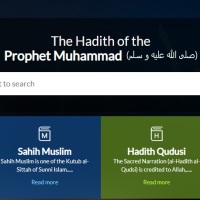 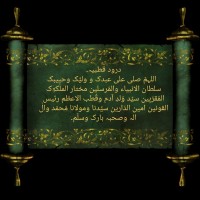