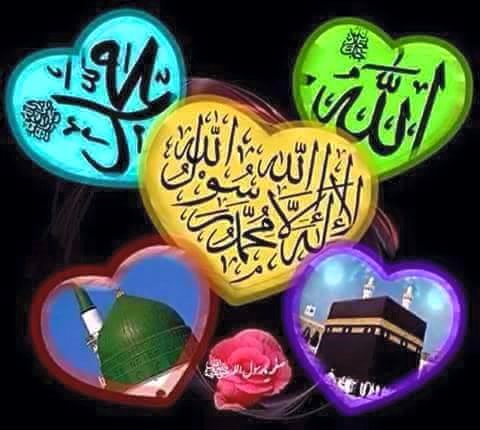 Islam is the religion of peace, and it is one of the most sacred and trustworthy religions, which has given us guidance in every aspect of life. Islam has given us education with knowledge which has no limits. The Holy Quran is the most sacred book of Allah revealed on Prophet Muhammad (SAW), for the upliftment guidance and enriched messages to the humanity.

Education is the knowledge of putting one’s potentials to maximum use. Without education, no one can find the proper right path in this world.

“Without education, man is as though in a closed room and with education he finds himself in a room with all its windows open towards outside world.”

This is why Islam attaches such great importance to knowledge and education. When the Quran began to be revealed, the first word of its first verse was ‘Iqra’ that is, read..

The reflective book of Holy Quran is so rich in content and meaning that if the history of human thought continues forever, this book is not likely to be read to its end. Every day it conveys a new message to the humanity. Every morning, it gives us new thoughtful ideas and bound us in the boundaries of ethics.

Islamic Education is one of the best systems of education, which makes an ethical groomed person with all the qualities, which he/she should have as a human being. The Western world has created the wrong image of Islam in the world. They don’t know that our teachings are directly given to us from Allah, who is the creator of this world, through our Prophets.

The Muslims all over the world are thirsty of acquiring quality education. They know their boundaries and never try to cross it. It is the West, which has created a hype that the Muslim are not in a path of getting proper education. They think that our education teaches us fighting, about weapons, etc., which is so false. This is true that there are certain elements, which force an individual to be on the wrong path, because as we will mould a child, they will be like that, but it doesn’t mean that our religion teaches improperly to us.

Seek knowledge from the cradle to the grave.

Seek knowledge even [if it is to be found in a place as distant as China. At the battle of Badr, in which our beloved Holy Prophet (SAW) gained victory over his foes, seventy people of the enemy rank were taken to prison. These prisoners were literate people. In order to benefit from their education the Prophet declared that if one prisoner teaches ten Muslim children how to read and write, this will serve as his ransom and he will be set free. This was the first school in the history of Islam established by the Prophet himself with all its teachers being non-Muslims. The Sunnah of the Prophet shows that education is to be received whatever the risk involved.

Today, the Muslims are acquiring good ideas, thoughts, knowledge, and skills, from all corners of the world. The world is moving very fast, and in this industrialize world, It is the duty of the teachers to give quality ethical integrated education to the Muslim students worldwide, because children are invaluable assets of future generations.

The Prophet Muhammad (SAW) encouraged all Muslims to acquire knowledge and share it. He said:

“Acquire knowledge, for he who acquires it in the way of Allah performs an act of piety; he who speaks of it, praises the Lord; he who seeks it, adores Allah; he who dispenses instruction in it, bestows alms; and he who imparts it to others, performs an act of devotion to Allah.” (Bukhari, Muslim)

All the teachers of either secular or religious education should give more attention to the pupils inside the classroom. It is necessary that in the Islamic system that we should consider these dear children as our own children, and put aside all other considerations, and rise above all such things and realize our duty and our mission. We should raise the standards of education and attend to the needs of these children. We should realize our duties with earnestness and awaken to the sense of responsibility. It has been seen that there are certain teacher who are not fulfilling their duties with keen interest. I would like to request all the teachers that for the sake of God, for the sake of your revolutionary duty, teach the children with devotion and dedication.

It is important that we advance our work through discussions, debates, studies, and through proper distribution of work among ourselves.

We must never forget that we are living in an Islamic State, and our aim should be simultaneously to create both an independent as well as an Islamic culture in character. Independence and richness of content are indeed among the characteristics of the Islamic culture. Our system is an ideological system.

We should make our child enthusiastic, dynamic, and this search should pervade every corner of our society. We should aspire them to be truthful and sincere.

Self-sacrifice and generosity, love of freedom, the resolve for resistance and headstrong perseverance, the courage to welcome martyrdom-all these are the new values of the new generation, which should be taught according to the teaching of Islam.

Science In A Golden Age

From satellite-enabled GPS to hi-tech medical procedures – much of today’s modern science builds on the work of great thinkers from the past. But while the names Newton, Galileo and Copernicus are well known, just who were the scientists who came before them – in the Golden Age of Islamic Science? Iraqi-born theoretical physicist Jim […]

THE ANIMALS IN THE HOLY QURAN