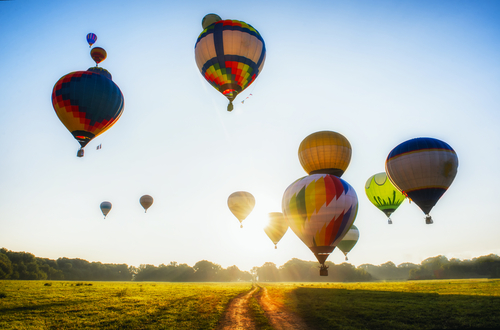 After the Aad, the Thamud were the best known of the ancient Arabian tribes, a powerful people with a well-developed civilisation. The Thamud are mentioned in the stories, poetry and speeches of the Arabs prior to Islam and on tablets found in Assyria. Al-Tabari says that among the Arabs both before and during the time of Islam, the repute of Hud and Saleh AS and their people was like that of Ibrahim AS and his people.

Nothing is known of Saleh’s AS life before prophethood was granted to him. However, like Nuh AS and Hud AS, Saleh AS began his mission by calling his people, the people of Thamud, to faith.

As expected, his words which challenged the Thamud’s false belief system, were received with the same hostility as was shown by the people of the earlier prophets.  But not to be deterred from carrying out his mission, Saleh AS continued to address his people, using the arguments and evidences granted to him by Allah.

Saleh AS tried to assure them that he had no interest in acquiring any material benefit for himself. The leaders of the Thamud taunted Saleh AS and fabricated arguments against him.

Saleh AS  earnestly explained that as Allah had granted him both clear evidence and special favours from Himself, no one would be able to save him from Allah if he obeyed their wishes instead of Allah. Rather he would lose everything.

He called the people’s attention to the fact that well-being and prosperity were not something to take for granted, nor the fact that their Lord had provided them with both the rocky cliffs in which they lived and the skill to shape into dwelling places.  Did they have no fear of the One who created them and could they not understand that these favours might be snatched away from at any moment as recompense for their sins and disobedience?

The leaders of the unbelievers had ready answers for anything. They taunted Saleh AS. Allah the All-Knowing then revealed to His faithful prophet a hint of what was to come.

No indication exists of how many months or years Saleh AS spent preaching to his people. According to the narrative of Ibn Kathir, one day while the unbelievers were gathered in a meeting place, Saleh AS came in among them. They began to fling their taunts and accusations to him and asked him for a sign that he had indeed been sent by Allah.

For a while they talked among themselves about what this sign could be. Then they put forward their demand: Saleh AS should call upon his Lord to produce before them a she-camel with unique characteristics. According to their description, she should be tall and pregnant. Only if Saleh could bring them such a sign would they believe him.

Saleh AS, being a prophet, was a compassionate man. Fearing Allah’s punishment towards his people, he longed to save them. As impertinent as their demand was, he earnestly hoped that its fulfilment might be the means of their salvation. And he prayed to Allah.

All at once a pregnant camel matching his people’s description merged out of a rock on a hill. Saleh AS called her “Naqat-Allah”, Allah’s She-Camel, adding “Allah” to the word “naqah” to give her respect and honour.

What was this She-camel? The fact that Allah Himself speaks of the she-camel came as a signsuggests that she was His miracle to Saleh AS. Indeed, her sudden appearance in the same form as demanded by the unbelievers, was a decisive sign and proof, that as a result a number of people accepted faith.

The Thamud had demanded that Allah send them a sign as a proof of Saleh’s AS truthfulness, and the sign had been sent. Moreover this sign was a living, feeling creature. How they would react to and treat Allah’s living sign would soon determine their fate.

Saleh AS then addressed his people, ordering them not to harm the she-camel and to allow her to graze freely. This order did not pose a problem, since the camel’s grazing would not lessen his people’s own food supply. But her drinking was a different matter, for due to the she-camel’s size, she would consume a great quantity of water from their wells. However, the divine order now came to Saleh AS to inform his people that the water that was given to them by Allah is to be shared between them and the she-camel.

Saleh AS reminded his people of Allah’s abundant favours and blessings and he reminded them not to commit abuse nor spread corruption.

For a time the she-camel enjoyed complete freedom of movement among the people, grazing freely. And as they been ordered, they also allowed her access to their water supply.

She gave a huge amount of milk. It is narrated that this was in exchange for the water. Ibn Kathir cites a hadith stating that they used to drink their water one day and her milk the alternate day. And soon she gave birth to a male calf, who trailed along her side on long, unsteady legs.

During this period, Saleh AS continued to preach and warn. But the majority of the unbelievers remained unmoved. In spite of Allah’s messenger or any sign He might send them, they had no intention of ever abandoning their many fabricated gods or submit to Saleh’s AS instructions.

There was a group however, of followers, who followed the inspired prophet, while another group followed the worst people in their society. Still Saleh AS continued to try to reach the unbelievers’ hearts and warn them that they were being tested by Allah. But, as before, his people’s only response was rejection.

Burning with anger at having to follow the despised Saleh’s AS orders, the leaders of Thamud now met to resolve the issue of the she-camel once and for all.

They decided that by killing her, they would again have all their water for themselves. In their evil plotting against an innocent creature, they completely forgot that the she-camel had been sent to them by Allah in response to their demands for a sign. They also disregarded that the water, their Lord’s free grant, did not belong to any of them. They also overlooked that in return for the water, the she-camel gave plentiful milk to them, giving them more than she took of their resources.

Disregarding their prophet’s warning not to harm Allah’s sign, out of malice and hatred towards the she-camel and Saleh AS, the chiefs of the unbelievers decided to strike.

They ganged and stalked the she-camel. It is said that a companion chosen by them drew his sword and slashed the tendons of one of her legs and killed her. As she fell to the ground, wounded, terrible cry came from her throat. Seeing his mother’s dreadful fate, the calf ran toward a nearby mountain, uttering loud cries and disappeared inside the rock. The cruel murderer then finished his job by slitting the she-camel’s throat. And so Allah’s sign to the Thamud, died a terrible, painful death.

The fact that this was a crime of unimaginable viciousness is reflected in a comment of Prophet Muhammad SAW. It is reported he SAW asked Ali RA, “Shall I not tell you about the most wicked people?”. When Ali RA replied, “Yes.”, the Prophet SAW said, “The ruddy Thamudite, who hamstrung the she-camel, and the one who will strike, O Ali, here,” and he pointed to his head, “until it reaches here,”, indicating his beard. (Ibn Kathir)

After insolently rebelling against the command of Allah and brutally murdering the she-camel, the unbelievers confronted their prophet.  According to Ibn Kathir, all of them young and old, had taken a vow of allegiance to the killer, and as he had killed the she-camel with the support and agreement of all his people, they all shared in the collective guilt.

No longer could Saleh’s AS great, wide prophet heart hold any compassion for his people, nor could he hope for Allah’s mercy upon them. He admonished them, warning them of a punishment to come after three days of enjoyment.

Not concerned about any divine retribution, the leaders deliberated as to their next move. They reached a decision: that they would make Saleh AS follow the she-camel in death. They had had more than enough of him.

As they slipped silently through the night, heading for Saleh’s AS house, divine retribution overtook them. It is reported that a huge boulder, carried by angels, fell upon them from the sky, smashing their skulls, and they all died together, their punishment preceding that of their people.

After this catastrophe and overcome by guilt over the vicious murder of the she-camel, the remainder of Saleh’s AS people were stunned over the sudden, terrible fate of the conspiring leaders. They were in a state of absolute terror concerning the nameless calamity which they knew would descend upon them.

As day dawned on the third day, the Thamud still waited in numb, dumb terror for the punishment of their Lord to strike.

What was that punishment? The devastating catastrophe that came upon the Thamud is described in the Qur’an in several different ways in different verses.

It is clear from the various Qur’anic verses that a single word is not sufficient to describe the terrible calamity that came upon the Thamud. Evidently it consisted of a tremendous, shattering roar form the depths of the earth, accompanied by a frightful, devastating, quaking. And the Thamud were destroyed inside their own cliff homes, in which they felt so invincible and secure.

But what of Saleh AS and the believers?  Although no details are given, their fate is mentioned in the Qur’an as being saved through Allah’s divine mercy, for they believed in and feared Allah.

And in safety and in peace among his believing companions, Saleh AS turned away from the remains of the formerly proud and prosperous Thamud.

Nothing is known with certainty about the remainder of Saleh’s AS life. But local traditions around the holy mountain Sinai, suggest that Saleh AS together with the believers, fled to it and that he ended his days there as a recluse. It is said that his grave is in a valley called “al-Sheikh” or “al-Sheikh Nabi Saleh” at the foot of Mount Sinai, where, each year on the birthday of Prophet Muhammad SAW, the Sinai tribesmen gather to honour the one who is buried there.

It is also reported that the imprint of a camel’s foot can be seen in a rock near the summit of Mount Sinai. But whose camel it was – whether of Saleh AS or Musa AS, who was to come to the holy mountain centuries later – only Allah knows.

May Allah’s best blessings be upon Saleh AS.

Acknowledgement: Most of the information for this work has been obtained from:
“A History of the Prophets of Islam”, Volume I, by Suzanne Haneef
“Stories of the Prophets”, by Ibn Kathir (Translation by Rashad Ahmad Azami)

Mada’in Saleh (city of Saleh) is a pre-Islamic archaeological site located in the Al-Ula sector approximately 400 km north-west of Madinah. It is here that the tribe of Thamud lived, famed for their ability to carve out homes in the mountains. The prophet Saleh (upon him be peace) was sent by Allah (ﷻ) to guide them but they rejected his teachings and were destroyed by an earthquake.