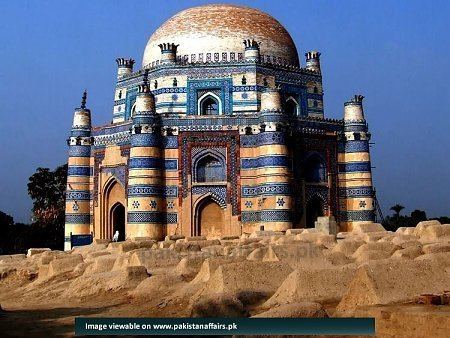 Bukhari was born on Friday, the fifth day of the twelfth month (Dhu al-Hijjah) of the year 595 AH in Bukhara, in present-day Uzbekistan. Bukhari was the son of Syed Ali Al-Moeed and the grandson of Syed Ja’far Muhammed Hussain. Bukhari’s early education was provided by his father. He was later influenced by syed shahjamal mujarad.of kohlapur in modern-day India. His descendants are called bukhari because of him.

Bukhari’s first wife was Syeda Fatima, daughter of Syed Qasim. Bukhari and Fatima had two children, Ali and Ja’far. In 635 AH, after Fatima’s death, Bukhari moved with his two sons from Bukhara to Bhakkar. Ali and Ja’far are buried in Bukhara.

After Zohra’s death, Bukhari married the second daughter of Badruddin Bhakkari, Bibi Fatima Habiba Saeeda. They had a son, Syed Ahmed Kabir (Ahmed Kabir), who was the father of Jahaniyan Jahangasht and Makhdoom Sadruddin. It is mentioned within books of history that Sayyid Sadruddin, Sayyid Maah and Sayyid Shams who were the brothers of Sayyid Badruddin objected to him marrying his daughters to Bukhari and exiled him and Bukhari from Bhakkar.

Bukhari’s life was spent travelling. As an Islamic missionary, he converted tribes such as the Soomro, Samma, Chadhar, Sial, Daher and the Warar. Bukhari was one of the Chaar Yaar (not to be confused with the Rashidun). The Chaar Yaar were the group of pioneers of the Suhrawardiyya Sufi and Chisti movements of the 13th century. Bukhari founded the “Jalali” section of the Suhrawardiyya order of Sufi. He converted the Samma, the Sial, the Chadhar, the Daher and the Warar tribes of the Southern Punjab and Sindh. Some of his followers (mureed) spread to Gujarat. The mureed included Bukhari’s grandson, Jahaniyan Jahangasht (d. 1384 CE) who visited Mecca 36 times. Other mureed included Abu Muhammad Abdullah (Burhanuddin Qutb-e-Alam) (d. 1453 CE) and Shah e Alam(d. 1475 CE). In 1134 CE, the Sial followers of Bukhari settled in the community that is now Jhang. In the late 17th century, the settlement was washed away. Bukhari’s descendent, Mehboob Alam Naqvi-ul Bukhari Al-Maroof Shah Jewna, encouraged the followers to resettle the area. Many of Bukhari’s disciples are buried in Banbhore and Makli Hill near Thatta.

In 642 AH, when Bukhari had begun his missionary work in Uch, he was visited by Nasiruddin Mahmud of the Delhi Sultanate.

Shah Daulah Shahid, is a Muslim saint who is buried in Bengal. In Bukhara, Bukhari presented Saint Daulah with a pair of gray pigeons. From Bukhara, Saint Daulah travelled to Bengal where he battled and was killed by the Hindu king of Shahzadpur.

One of Bukhari’s female disciples was Lalleshwari (Lal Ded) (d. 1400 CE, Bijbehara). She met Jahaniyan Jahangasht, a descendant of Bukhari and embraced Islam at his hands. She travelled in Kashmir with him. Lalla was a teacher of Nuruddin Nurani who is considered by the Kashmiris, both Hindus as well as Muslims, as the patron saint of Kashmir. He also met Chengiz Khan, the Mongol, and endeavoured to convert him to Islam, but Chengiz Khan ordered him to be burnt alive.[citation needed] The fire however turned into a bush of roses and on seeing this miracle Chengiz Khan became inclined to be more sympathetic towards Islam and Muslims[citation needed]. Chengiz offered to give his daughter in marriage to Hazrat Jalaludin. He at first refused to take Chengiz’s daughter as his wife but then he heard a divine voice say that hisdescendants would spread far and wide and were destined to be Qutubs “saints” of the world. After this he consented to the marriage on[citation needed]. This proved to be true as his descendants are quite numerous, and many Sayyid families in the Punjab, Sindh, the United Provinces (Uttar Pradesh), Kachchh and Hyderabad Deccan, claim descent from him, and trace their origins toUchch Sharrif. His two male issues from his second wife, Fatima, the daughter of Sayyid Qasim Hussein Bukhari, Sayyid Ali and Sayyid Jaffar, are buried in tombs at Bukhara. He brought his son Sayyid Baha-ul-Halim with him to Sindh and he settled in Uchch in 1244

Bukhari’s biography and family history are cited extensively in such works as the “Marat-e-Jalali”, the Mazher-i-Jalali, the Akber-ul-Akhyar, the Rauzat-ul-Ahbab,Maraij-ul-Walayat, Manaqabi Qutbi, the Siyar-ul-Aqtar, the Siyar-ul-Arifeen and the Manaqib-ul-Asifya. These manuscripts are held by Bukhari Sayyids, however the work Marat-e-Jalali  was first published in 1918 in books form from Allahabad India and its second edition with updates and more research material was printed as a book in 1999 from Karachi Pakistan. His descendants are called “Naqvi al-Bukhari”. The part of Uch where the family settled is called “Uch Bukharian”. The lineage contains saints and religious leaders. Some moved to Turkestan and were married to the Tatar Mongols. Others moved to Bursa in Turkey and others moved to Bilot Sharif,District Attock (Attock Khurd+village Kamra Kalaan) and District Sialkot (Tehsil Shakargarh in Villages Kotli Shah Saleem Kala Chechi (Kara Chechen), Nurkot, etc.) as well as in the Tribal Areas of Kurram, Orakzai and Kohat. There are a number of tombs of Bukhari descendants across the Punjab, Sindh, Indian Gujrat and Khyber Pakhtunkhwa. They include: Jahaniyan Jahangasht (d. 1308 CE), Baba Shah Jamal in Lahore, Hazrat Baba Shah Saleem and Shah Nazar in Sialkot district and Rajan Qittal, Bibi Jawindi (c. 1492 CE), Bukhari’s great granddaughter and Mir Mohammad Masoom, the forefather of the Bokhari Naqvi family of Dreg, Dera Ghazi Khan and Channan Pir and Wadpagga Sharif in Peshawar.

The tomb of Bibi Jawindi and the tomb and mosque of Jalaluddin Bukhari have been on the “tentative” list of UNESCO World Heritage Sites since 2004. World Monuments Fund also promotes its conservation.

According to Mara’at Jalali and Malfuzul Makhdoom, Bukhari’s lineage is:

In the Kurram Agency the Jalali leader was Pahlawan Shah. He was the son of Hussain Ali Shah, Fakir ul Fukara. Miracles have been attributed to him. Pahlawan Shah led the resistance against the British Raj in Kurram Agency. In the Orakzai Agency, Bukhari’s teaching was presented by Pahlwan Shah’s elder brother, Gul Badshah.

Ghazi Baba moved to Wadpagga Shareef, Peshawar. The word Wadpagga is derived from the Punjabi language “Wadi” and “Pag”, which means “Big Turbans”. Since the Syeds wore big turbans, therefore the village came to be known by this name. Ghazi Baba was the 15th descendant of Syed Nasiruddin Mehmood, who was a direct descendant of Makhdoom Jahanian. Ghazi Baba was a contemporary of Mian Omar, a saint buried in the village of Chamkani, Peshawar. Ghazi Baba had seven sons, the eldest being Syed Abdul Wahab Shah and the youngest Syed Abdullah Shah. Other sons are, Syed Shah AbdulAziz, Syed Inayat Shah Bukhari.The Shrine of Ghazi Baba is a site of pilgrimage.

Mehdi was the great great grandson of Kamil Shah. He was a poet who lived in Muhammad Qasim Bughio near the Chowdaggi Hala road district of Matiari.

In 1244 CE (about 640AH), Bukhari moved to Uch, Sindh with his son, Baha-ul-Halim, where he founded a religious school. He died in about 690 AH (1290 CE) and was buried in a small town near Uch. After his tomb was damaged by flood waters of the Ghaggar–Hakra River, Bukhari’s remains were buried in Qattal. In 1027 AH, Sajjada Nashin Makhdoom Hamid, son of Muhammad Nassir-u-Din, moved Bukhari’s remains to their present location in Uch and erected a building over them. In 1670 CE, the tomb was rebuilt by the Nawab of Bahawalpur, Bahawal Khan II. The tomb is a short way from the cemetery of Uch. It stands on a promontory overlooking the plains and the desert beyond. To one side of the tomb is a mosque decorated with blue tile work. In front of the tomb is a pool. A carved wooden door leads into the room containing Bukhari’s coffin. UNESCO describes the site:

The brick-built tomb measures 18 meters by 24 meters and its carved wooden pillars support a flat roof and it is decorated with glazed tiles in floral and geometric designs. The ceiling is painted with floral designs in lacquer and its floor covered with the graves of the saint and his relatives an interior partition provides purdah for those of his womenfolk. Its mosque consists of a hall, measuring 20 meters by 11 meters, with 18 wooden pillars supporting a flat roof. It was built of cut and dressed bricks and further decorated, internally and externally, with enamelled tiles in floral and geometric designs.

The Mela Uch Sharif is a week-long mela (folk festival) held in March – April in Uch. People from the southern Punjab come to honour Bukhari’s role in spreading Islam. Participants visit Bukhari’s tomb, and offer Friday prayers at the local mosque which was built by the Abbasids. The mela commemorates the congregation of Sufi saints connected with Bukhari. It aligns with the Hindu calendar month of Chaitra.

The word “Jam” means Sardar, which is derived from Sindhi ancient language. There are two clans of Jams. One clan consists of Jams in Balochistan and Sindh. They are from the Jamoot tribe. Another clan lives in Multan and surrounding areas, especially Jams of Dreg, D.G Khan. These are the descendants of Hazrat Sayyid Bahauddin Mohamed Masoom who is of the 22 sons of Hazrat Jalaluddin Surkh-Posh Bukhari and trace their origin to Uch Sharif. Hazrat Sayyid Bahauddin Mohamed Masoom is the source of information about “Mith Waly” in Multan. He is the descendant of Hazrat Hassan Jalaludin Bokhari, so the people belonging to this lineage are called “Jam Bokhari Naqvi”. Mostly they live in the Multan City, in an area called “Shah Yousaf Gardez Mohallah” and known as “Mithy Waly”. The figures shows that the forefathers of Jam Bukharis Naqvis (Mithy Waly), that live in the heart of the Multan city came from Dreg, Dera Ghazi Khan, because of the uncertain conditions there and starting to live besides the very famous place of Multan City, the Mizar of Hazrat Shah Yousaf Gardez R.A after arriving to Multan from Dreg. The three famous Bazurgs of this lineage are Mitha, Kura and Mohabbat shah. Mohammad Mitha and Mohammad Kurra both are the sons of Jam Mohammad Osman Shah of Dreg. He was a reputable person of his territory. He was a very pious and God fearing man. Mohammad Osman’s family lineage traced to Hazrat Sayyid Bahauddin Mohamed Masoom R.A, Uch Sharif, who was the son of Syed Hassan Jalaluddin Bukhari. After the death of Jam Mohammad Osman Shah; the head of the Jam Bokhari Naqvi family, people raised against his family. He had two sons and three daughters. Mitha and Kurra were his sons. Family of Mohammad Mitha is known as “Mitha Family” and family of Kurra is known as “Khurra Family”. By seeing the unfavorable conditions, both brothers escaped from Dreg and migrated to Multan and started to live here. One of his cousin Mohabbat Shah also escaped with them. Multan,“Kury Wala”, became associated with the name of Kura. Muhammad Mitha, Muhammad Kura and Mohabbat Shah are buried besides “Bagh Langy Khan” which is famous with the name of Langy Khan.
Family lineage of Mitha is as below:

He was buried in a small town outside Uchch, but his tomb was damaged by floods, so in 1617 CE, his shrine was rebuilt in Mohalla Bukhari in Uchch by the Nawab of Bahawalpur, Bahawal Khan II. In the 18th century, the Abbasi Nawabs annexed Uchch into the princely state of Bahawalpur. The shrine lies a short walk away from the cemetery and is also built on a promontory, so one can look out onto the rolling plains below and the desert in the distance. To one side is an old mosque covered with blue-tile work and in front of a pool of water is the tomb proper. A carved wooden door leads into the musty room containing the coffin of Hazrat Syed Bukhari.