Hazrat Muawwaz ibn Amr was a companion of Rasool Allah s.a.w. He and his brother, Hazrat Muaaz ibn Amr, wounded Abu Jahl in the Battle of Badr.

He was the son of Hazrat Amr ibn al-Jamuh but converted to Islam, at first secretly. Before the hijra, Rasool Allah s.a.w had appointed Mus`ab ibn `Umair to carry out dawah (inviting others to join Islam), which he did excellently. Stirrings of change did not leave even the household of Am’r bin Jamooh. All of his three sons, Muawwaz ibn Amr, Muaaz ibn Amr and Khallad ibn Amr, entered the fold of Islam. On their initiation, even their mother, Hind the wife of Amr, professed the shahadah. 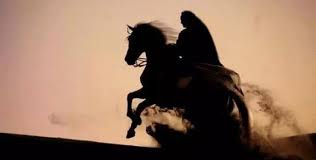 Before the hijra, Rasool Allah s.a.w had appointed hazrat Masab ibn Umair r.a to carry out Dawah, which he did.

Am’r bin Jamooh a devotee of the deity Manāt and part of the Banu Salmah tribe of Medina had 3 sons, Muawwaz ibn Amr, Muaaz ibn Amr and Khallad ibn Amr submitted to the will of Allah and embraced Islam immediately. On their initiation, even their mother, Hind the wife of Amr, professed the shahadah. But they kept their faith secret lest it hurt their father.
Her husband was unaware of her new religion and one day warned her of the “danger” posed by Masab to the traditional faith of Medina and asked her to safeguard their sons against it. Hind advised him to listen to what their second son Muaaz had to tell them, Muaaz then recited the surah Fatihah. The recitation made an impact on her husband, but he was reluctant to abandon Manāt. 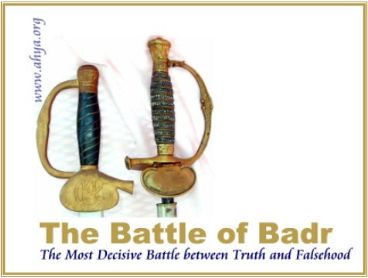 After much prayer, and the repeated theft of the statue by his sons, Amr decided that Manāt was not worthy of worship and also adopted Islam.

Abu Jahl was badly injured in the Battle of Badr by two youth, Muaaz ibn Amr and Muawwaz ibn Amr.

Narrated by ‘Abdur-Rahman bin ‘Auf (radiallaahu `anhu)
While I was standing in the row on the day (of the battle) of Badr, I looked to my right and my left and saw two young Ansari boys, and I wished I had been stronger than they. One of them called my attention saying, “O Uncle! Do you know Abu Jahl?” I said, “Yes, What do you want from him, O my nephew?” He said, “I have been informed that he abuses Allah’s Apostle (sallallaahu `alayhi wasallam). By Him in Whose Hands my life is, if I should see him, then my body will not leave his body till either of us meet his fate.” I was astonished at that talk. Then the other boy called my attention saying the same as the other had said. After a while I saw Abu Jahl walking amongst the people. I said (to the boys), “Look! This is the man you asked me about.” So, both of them attacked him with their swords and struck him to death and returned to Allah’s Apostle (sallallaahu `alayhi wasallam) to inform him of that. Allah’s Apostle (sallallaahu `alayhi wasallam) asked, “Which of you has killed him?” Each of them said, “I have killed him.” Allah’s Apostle (sallallaahu `alayhi wasallam) asked, “Have you cleaned your swords?” They said, “No.” He then looked at their swords and said, “No doubt, you both have killed him and the spoils of the deceased will be given to Muadh bin Amr bin Al-Jamuh.” The two boys were Muadh bin ‘Afra and Muadh bin Amr bin Al-Jamuh (radiallaahu `anhumaa).