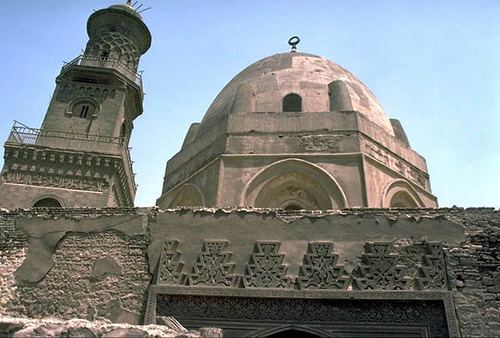 Qalawun was a Kipchak who became a mamluk (slave soldier) in the 1240s after being sold to a member of Sultan al-Kamil’s household. Qalawun was known as al-Alfī (“the Thousander”) because as-Salih Ayyub bought him for a thousand dinars of gold.

Qalawun initially barely spoke Arabic, but he rose in power and influence and became an emir under Sultan Baibars, whose son, al-Said Barakah, was married to Qalawun’s daughter. Baibars died in 1277 and was succeeded by Barakah. In early 1279, as Barakah and Qalawun invaded the Armenian Kingdom of Cilicia, there was a revolt in Egypt that forced Barakah to abdicate upon his return home. He was succeeded by his brother Solamish, but it was Qalawun, acting as atabeg, who was the true holder of power. Because Solamish was only seven years old, Qalawun argued that Egypt needed an adult ruler, and Solamish was sent into exile in Constantinople in late 1279.[1][2] As a result, Qalawun took the title al-Malik al-Manṣūr.

The governor of Damascus, Sungur, did not agree with Qalawun’s ascent to power and declared himself sultan. Sungur’s claim of leadership, however, was repelled in 1280, when Qalawun defeated him in battle.[3] In 1281, Qalawun and Sungur reconciled as a matter of convenience when Abaqa Khan, head of the Ilkhanate, invaded Syria. Qalawun and Sungur, working together, successfully repelled Abaqa’s attack at the Second Battle of Homs.

Barakah, Solamish, and their brother Khadir were exiled to al-Karak, the former Crusader castle. Barakah died there in 1280 (it was rumored that Qalawun had him poisoned), and Khadir gained control of the castle, until 1286 when Qalawun took it over directly. 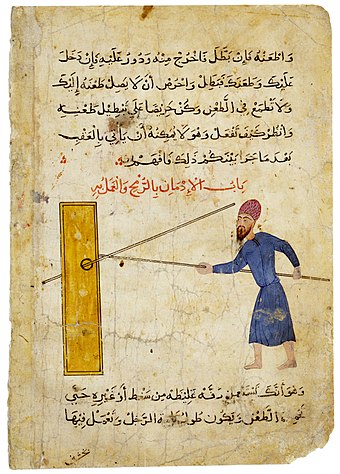 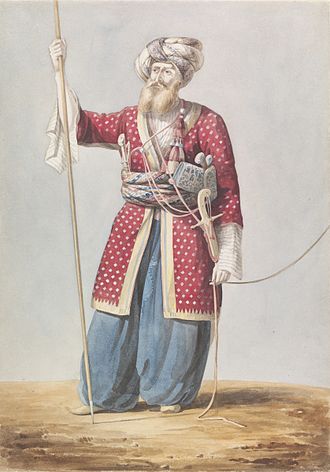 As Baibars had done previously, Qalawun entered into land control treaties with the remaining Crusader states, military ordersand individual lords who wished to remain independent; he recognized Tyre and Beirut as separate from the Kingdom of Jerusalem, now centered on Acre.[4][5] The treaties were always in Qalawun’s favor, and his treaty with Tyre mandated that the city would not build new fortifications, would stay neutral in conflicts between the Mamluks and other Crusaders, and Qalawun would be allowed to collect half the city’s taxes. In 1281 Qalawun also negotiated an alliance with Michael VIII Palaiologos of the Byzantine Empire to bolster resistance against Charles I of Naples, who was threatening both the Byzantine Empire and the Kingdom of Jerusalem. In 1290, he concluded trade alliances with the Republic of Genoa and the Kingdom of Sicily.

Wars against the Crusader states

Undeterred by the terms of these newly formed peace treaties, Qalawun sacked the “impregnable” Hospitaller fortress of Margat in 1285, and established a Mamluk garrison there. He also captured and destroyed the castle of Maraclea. He captured Latakia in 1287 and Tripoli on April 27, 1289, thus ending the Crusader County of Tripoli. The siege of Tripoli in 1289 was spurred by the Venetians and the Pisans, who opposed rising Genoese influence in the area. In 1290, reinforcements of King Henry arrived in Acre and drunkenly slaughtered peaceable merchants and peasants, Christians and Muslims alike. Qalawun sent an embassy to ask for an explanation and above all to demand that the murderers be handed over for punishment. The Frankish response was divided between those who sought to appease him and those who sought a new war. Having received neither an explanation nor the murderers themselves, Qalawun decided that the ten-year truce he had formed with Acre in 1284 had been broken by the Franks. He subsequently besieged the city that same year. He died in Cairo on November 10, before taking the city, but Acre was captured the next year by his son Al-Ashraf Khalil.

Despite Qalawun’s distrust of his son, Khalil succeeded him following his death. Khalil continued his father’s policy of replacing Turkish Mamluks with Circassians, which eventually led to conflict within the Mamluk ranks. Khalil was assassinated by the Turks in 1293, but Qalawun’s legacy continued when his younger son, an-Nasir Muhammad, claimed power. 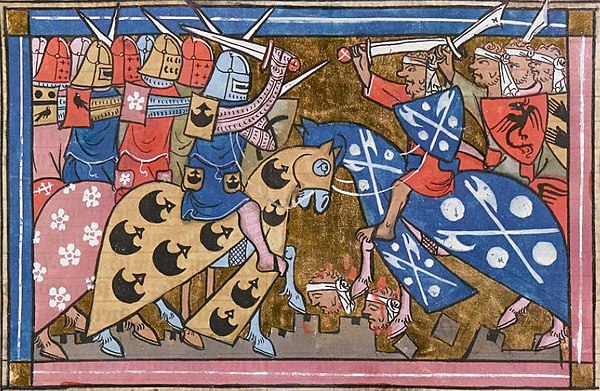