Ahle Hadith,Salafists and Wahhabists accuse shirk and bidah on Muslim for praying at the Graves of Prophets and Awliya Allah and asking for their Madad (Support) and Intercession .

Salafis who claim they follow Quran and Hadith does not really know what Quran/Hadith really Says!. Their Jahil behavior and abuse against pious Muslims and their followers caused Salafis to deviate from Islam and end up in Disbelief (Kufr)!

BUT SAHIH HADTIH SAYS: PROPHETS CAN HEAR US, THEY SPEAK TO EACH OTHER AND THEY ALL MEET EACH OTHER:
Answering Wahhabism:A Sahih Hadith Proves Prophets Seeing us hearing us and knowing us
Sunan Ibn Majah, Volume 5, Hadith 4081, Page 274 , Published by Darussalam Publications (Wahhabi Publication), Sahih Hadith:

Sunan IIbn Majah,Hadith No,4081: It was narrated thatAbdullah Ibn Masud said: “On the Night on which the Messenger of Allah (alaihiswalathu wa salam) was taken on the night of Journey (Isra), he met Ibrahim Musa and Esa (peace be up on them), and they discussed the Hour. They started with Ibrahim and asked him about it, but he did not have any knowledge of it, then they asked Musa, and he did not have any knowledge of it. Then they asked Esa Ibn Maryam, and he said,: “I have been assigned to some tasks before it happens. As for as when it take place, no one knows that except Allah. Then he mentioned Dajjal (Anti_Christ) and said:’I will descend and kill him,, then the people will turn to their own lands and will be confronted with God and Magog people,who will “Swoop down from every mound. They will not pass by any water but they will drink it. They (the people) Beseech Allah , and I will pray Allah to Kill them. The earth will be filled with their stench and (the people) will beseech Allah) and I will pray to Allah, then the sky will send down rain that that will carry them and throw them in the sea.
Then the mountains will turn dust to dust and the earth will be stretched out like a hide. I have been promised that when that happens, the Hour Will come up on the people, like a pregnant woman whose family does not know when she will suddenly give birth”

(One of the narrators) ‘Awwam Said: Confirmation of that is found in the Book of Allah, where Allah says: “Until, when Gog and Magog people are let loose (from their barrier) , and they swoop down from every mound”
(Sahih)

In the above Hadith we see these points:

HADITH-2
Sahih Al-Bukhari,Volume 8, Book 77, Number 611:
Narrated Abu Huraira (R.A):The Prophet(s.a.w) said, “Adam and Moses argued with each other. Moses said to Adam. ‘O Adam! You
are our father who disappointed us and turned us out of Paradise.’ Then Adam said to him, ‘O Moses!Allah favored you with His talk (talked to you directly) and He wrote (the Torah) for you with His Own Hand. Do you blame me for action which Allah had written in my fate forty years before my creation?’ So Adam confuted Moses, Adam confuted Moses,” the Prophet added, repeating the Statement three times.

Prophet Adam (A.S) and Prophet Musa (A.S) arguing each other!. It is sure that they are not arguing in Barzakh-World of dead souls!, because Barazkh is not a place for arguments or help or mediation!
Prophets and Awliya Allah are free from the restrictions of Barzakh!

So now the questions to you is:Why Wahhabis lying and misleading you?, why you blindly following their teachings?
Why you following their way of misguidance and error?
This Hadith is taken from Wahhabi published Sunan Ibn Majah (Darussalam Publications), you can go yourself and look at this book.
This is sufficient proof for any school level student to realize that salafism/wahhabism is nothing but deception, hatred, enmity ,misguidance and fitnah that Satan built against Muslim Ummath!
So wake up, no one knows when he/she dies, repent and accept the truth and true path!
1:7 *Quran The path of those upon whom You have bestowed favor, not of those who have evoked [Your] anger or of those who are astray.
Sura Al-Bakara 2:154 And say not of those who are slain in the way of God: “They are dead.” Nay, they are living, though ye perceive (it) not.
But Salafis claiming their fake Syrian Mujahideens are alive in their grave and Prophets are dead!, they saying salafi mujahideen body are scented with heavenly fragrance after their martyrdom and Prophets and Awliya Allah are dead!

Muhammad is Alive and Shall Never Die: By Muhammad (s.a.w) Allah effaces Kufr (disbelief), so those who say Prophet Muhmmad is dead and can’t hear help or guide, they have not attained faith!
They are like a non-Muslim who learnt about Islam and preach it to people, just like some people learning bible and preaching to Christians by it!
Hadith:
Malik related to me from Ibn Shihab from Muhammad ibn Jubayr ibn Mutim that the Prophet, may Allah bless him and grant him peace, said, “I have five names. I am Muhammad. I am Ahmad. I am al-Mahi (the effacer), by whom Allah effaces kufr. I am al-Hashir (the gatherer), before whom people are gathered. I am al-Aqib (the last).”
-Above hadith recorded in Muwatta Imam Malik , Book No 61 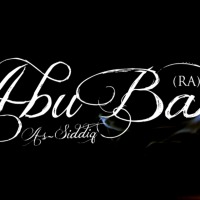 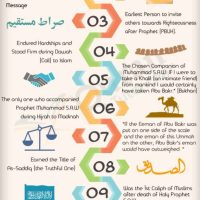