The Islamization of Sindh by an Umayyad general, Muhammad Ibn Qasim (695-715CE) become a stepping stone for the next great rulers to enlarge their missions by invading other important territories in India. These territories of expedition witnessed the existence of great rulers who used their own creativities in implementing policies upon subjects to consolidate their authorities. Basically, when we hear the term ‘Sultan,’ the first thing that might trig in our minds is that this sultan should came to the position through a monarchical system, which was mostly hereditary. However, under Islamic civilization of India, somehow the group of slaves gradually became dominant; evenl they can hold the most prestigious positions as a successor of the rulers as can be seen in the example of the Mamluk sultanate. The same prototype can be clearly applied to Delhi Sultanate, where the slave man ascended to the throne to head the government.

Balban (r. 1266-1286) was one of such prominent figures who succeeded to rule the Delhi Sultanate. He was a slave boy from Turkistan captured by the Mongols and purchased by Sultan Shams al-Din Iltutmish to serve as a water carrier. During the reign of Iltutmish, he was enrolled as one the members of Chihalgani’ or the ‘Corp of Forty’. His involvement in this organization became the first platform for him to move further in administration. Sultan Iltutmish was impressed with his intelligence, ability and loyalty. Due to the demise of Sultan Iltutmish, his intelligent daughter, named Sultanah Raziyya, come to power. She stayed in history as one of the vital women who gave immerse contributions to Islamic civilization in India. During Raziyya’s reign, Balban was given the title of ‘Lord of Huntsmen’. However, some scholars claimed that Balban assisted the nobles to depose Sultanah Raziyya when she appointed the Yaqut, an Abyssinian slave, to hold an important position in administration. This appointment led to arising of jealousy among the nobles and they decided to dethrone Sultanah Raziyya. In addition, the scholars also mentioned that Balban was responsible for bringing Nasiruddin Mahmud to the throne. But he was the one who caused the death of Sultan Nasiruddin Mahmud by poisoning him to grab the throne since he was entrusted by Sultan Nasiruddin as Naib (deputy) of Sultan during his reign. After capturing the throne in 1266, he took the title of Sultan Ghiyasuddin Balban.

One of the most important reforms carried by Balban was the establishment of a kingship system to consolidate the king’s reputation among his subjects. One of the historians, Barani stated that, during the last days of the Nasiruddin’s reign, people started to lose respect towards him. To maintain the king’s prestige, Balban thought that he needed to formulate a system to instil the sense of respect in the hearts of all subjects. Later, this led to the idea of kingship in regulating order. There are several principles should be adhered and understood by the Indians. Among these principles, there was a belief that the king was one of the God’s favour that made the king different from ordinary people. If we look deeper, with this kind of statement, Balban wanted to emphasize the sacredness of the status of a king. To raise his prestige more, he claimed that he was the descent of Afrasiyab of Turan who was one of the mystical Turkic leaders. During his reign, Balban also stopped any kind of enjoyable activities among his officials and nobility. He regulated the court ceremonies based previously on Persian model by imitating the new model of the Seljuq and Khawarizmi kings of Central Asia. The tall and fierce-looking bodyguards had been appointed to stand around the king for security purposes. Another custom should be followed in the court was prostration (sajda) and poibos, where they needed to kiss the king’s feet as a sign of respect towards him. The officials were also obliged to wear official dresses and no one of them were allowed to laugh or even smile in his court. There is a story that an official fainted due the fear accumulated in his heart during the court ceremony.

The next reform made by Balban was the destruction of the ‘Corp of Forty’ or Chihalgani, which was established during the Sultan Iltutmish reign as an administrative and military elite. A dispute occurred between this group and Balban, and he made a decision to abolish this group and replaced them with the junior Turks to hold the important positions. To reduce their influence upon people, he imposed harsh punishments for any members of the group even for slight mistakes committed by them. For instance, a great noble named Habitat Khan, the governor of Awadh, was punished with 500 flogs for killing a drunk man. The Sultan also ordered Amin Khan to be hanged out at the city of Ayodhya. Another claim stated that Balban poisoned his cousin named Sher Khan. During the period of Balban, the spy system organization was formed for security purposes to gather information about situations circled in the capital and other provinces, and to report the activities of the nobles and officials. Each department will be placed a spy or secret reporter, whereas in every district, a secret news writer will be appointed. In analysing the data of secret reporters and secret news writers, Balban took extreme procedures to ensure their loyalty and honesty towards the king. They will be paid high salaries as a reward for their deeds. They also needed to submit their reports to the sultan directly if important incidents might arise within the society. If they failed to do so, a severe penalty will be imposed upon them.

To make the military system systematic and organized, Balban restructured it, particularly revised land distribution structure to soldiers.  The Sultan found that the land possessed by unfit army. He ordered old soldiers to return their lands back since they did not contribute to military campaigns anymore. Instead of land, each of them will receive the pension from the government. The army also was supervised by Imad al- Mulk, who was regarded as a competent officer. Later, he was appointed as a minister in Diwan-i Ariz. He had authority in the matters related to army recruitment, salary and equipment of the troops. There was no new conquests made by Balban, he mainly focused on consolidating his authority in existing territories of the sovereign. He was able to supress the rebellion made by Rajput chiefs in Badaun, Amroha, Patiali and Kampil by appointing energetic officers against the Hindu local chiefs. Besides this incident, he faced another problem as the robbers surrounded Delhi. He had proven himself as a capable ruler by being able to solve these challenges.

Balban also successfully recovered Bengal from Tughrul Khan, who claimed himself as a new sultan, struck the coin and ordered his name to be mentioned in the Friday khutbah. Firstly, Amin Khan was entrusted to stop Tughrul Khan, but he did not succeed to do so.  Later, Balban decided to defeat Tughrul by himself, accompanied by two strong heads of the army and his son, Bughara Khan. This strategy was fruitful. He was able to capture Tughrul and kill him at Hajinagar in East Bengal. The Tughrul’s followers received severe punishments as well. Balban appointed Bughara Khan as the governor of Bengal and ordered him to abide his father’s order.  When there will be a rebellion from the outsiders, all extended family members and followers will be punished as well.

Balban was able to defeat the Mongols before the death of his eldest son, Prince Muhammad Khan, by constructing the forts along North western frontier of Delhi. The entire region was under supervision of his cousin, named Sher Khan Sanqar. He was able to infuse fear in the hearts of Mongol soldiers. After victory, Balban divided the region into two parts. The first part, the provinces of Sunam and Samana, were put under the charge of Bughra Khan. Whereas the second part, the provinces of Multan, Sind and Lahore, were supervised under the leadership of Prince Muhammad Khan. The Mongols never gave up, they came back to grab North – Western part of Delhi. This attempt was fruitful for the Mongols as they got control of the North – Western region as planned before. As a result of the victory of the Mongols, the authority of Balban was restricted to the Lahore region. The death of Prince Muhammad gave a great impact on Sultan Balban because his younger son, Bughara Khan, was not capable to continue his legacy, he even slipped away to Lakhawati to avoid himself from his father. In the mid of 1287, the fierce sultan Balban returned to his Creator and his throne was surrendered to the son of Prince Muhammad, Kai Khusrav.

As a conclusion, it is undeniable that Sultan Balban was one of the great rulers, who was able to consolidate his authority in Delhi through reforming policies. However, in my opinion, his policies were quite harsh and he punished innocent people harshly for only having relations with his enemies. Islam is a religion of mercy and concerns about the rights of people as taught by the Prophet s.a.w. The Prophet s.a.w. obliged his army to follow the war ethics strongly as prohibition of killing women and civilians, and destroying of crops and environment. Islam is against extremism and emphasizes on implementing social justice upon people, regardless of their ethnicity and beliefs. 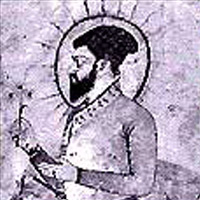