When she grew older, Umar, may Allah be pleased with him, asked Aisha, may Allah be pleased with her, for Umm Kulthum’s hand in marriage. She gave him her blessing, but Umm Kulthum disliked the idea due to Umar’s harsh lifestyle and said she wanted a young man with a more easy-going lifestyle. She ended up marrying Talha Bin Ubaydullah Bin Uthman Bin ‘Amr Bin Kaab Bin Saad Bin Taym and bore him Zakariya, Yusef (who died young), and Aisha Bani Talha.

Aisha, the Mother of the Believers, sent Salim Bin Abdullah Bin Umar to Umm Kulthum to nurse him in order to establish a foster-relationship that would allow him to enter upon her and sit freely in her presence, but she only nursed him three times before falling ill.

Umm Kulthum’s father, Abu Bakr As-Siddiq, passed away while her mother was still pregnant with her. At one point, when speaking to Aisha, he made reference to “your two brothers and your two sisters,” whereupon Aisha said: “Here is Asma, but who is the other one?” He said: “What’s in the womb of Kharija’s daughter. I think it will be a girl, so take good care of her.”

Umm Kulthum narrated on the authority of her sister, Aisha, the Mother of the Believers, while her son, Ibrahim Bin Abdel-Rahman Bin Abdullah Bin Abi Rabi’ah, Jaber Bin Abdullah Al-Ansari, Talha Bin Yahya Bin Talha Bin Ubaydullah, and others all narrated on her authority. Bukhari included her narrations in Kitab Al-Adab, and Muslim, An-Nasa’i, and Ibn Majah all included her narrations in their collections as well. She died sometime between 41 and 50 AH. 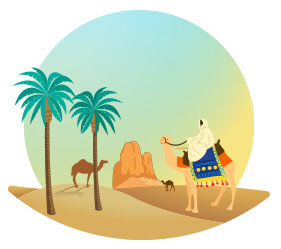 Talhah ibn ‘Ubaydullah (may Allah be pleased with him) was an astute and successful merchant who travelled widely to the north and south of the Arabian peninsula. It is said that after one of his trips to Hadramawt, he had profits amounting to some seven hundred thousand dirhams. His nights would be anxious and worried on account of this vast wealth. On one such night, his wife, Umm Kulthum the daughter of Abu Bakr, said to him:

“No,” replied Talhah. “You are a wonderful wife for a Muslim man. But I have been thinking since last night: How can a man think of his Lord and Sustainer when he goes to sleep with this wealth in his house?”

“Why should it bother you so much,” remarked Umm Kulthum. “What about all the needy ones in your community and all your friends? When you get up in the morning share it out among them.”

“God bless you. You are really marvellous, the daughter of a marvellous man,” said Talhah to his wife.

In the morning, Talhah gathered up the money in bags and distributed it among the poor Muhaajireen and Ansaar.

May Allah be pleased with her, for she was a woman of intelligence and generosity.