Syed Mullah Muhammad Shah Badakhshi was a famous saint papularly known as Mullah Shah. He belonged ti qadarya order of sufism. He is known for his rather secular approach. Mullah Shah was born in village of Badakhshan and was settled in Kashmir in his early youth, later he came to Lahore and become a disciple of Hazrat Mian Mir Qadri R.A. His blessed name Shah Muhammad , Hazrat Mian Mir used to call him Muhammad Shah and Mian Mir’s disciples and devoted would refer to him as Hazrat Akhund. Prince Dara Shikoh ranked him fairly high in spiritual stature . In 1639 esvi Dara Shikoh and Princes Jahan Ara both became his disceples. Since Mullah Shah Badakhshani could not bear the heat of Lahore, Kashmir was his usual resort in summers. For this reason the prince built a khankah ( a residential place for sufi ) for him. Due to his excessively libral approach toward realigions he was considered to be a heretie by the intelligenlsia who urged King Shahjahan to execute him but Dara Shikoh intervened. When King Shahjahan visited Kashmir in 1639 esvi he had meeting with saint which proved to be positive. Shah Jahan was very pleased with his royal disceples and said that it would facilitate in the promotion of Qadarya order.
In 1658 esvi Aurangzeb was enthroned and Dara Shikoh was executed in the wars of succession, the Ulma at the court asked the emperor to take strong action against Mullah Shah. Mullah Shah was summoned by the royal authorities, but he did not take come with an excuse that he was alling in Kashmir. The king did not take any action against him. He was howev, asked tosettle in Lahore, in 1960 he came Lahore and remained aloof from all the socical activities. He died in 16 October 1661.

Mullah Shah Badakhshi, popularly known as Mullah Shah was a 17th-century Muslim Sufi, and spiritual successor of the famous Sufi saint Mian Mir (1550 – 1635). He belonged to the Qadiri order of Sufism. He was the spiritual mentor of the Mughal prince Dara ShikohQadri (1615 – 1659) and his sister Princess Jahanara Begum.[1] Dara Shikoh desired to be initiated into the Qadri order at the hands of Mian Mir. After Mian Mir’s death, Dara Shikoh’s search for a murshid took him to Kashmir where he met Mulla Shah Badakhsi. In Sakinatul Awliya Dara Shikoh writes in the chapter titled “Mulla Shah Badakhsi”:

“This faqir is his (Mulla Shah’s) servant and disciple. His blessed name is Shah Muhammad. Hazrat Mian Mir used to call him Muhammad Shah and Mian Mir’s disciples and devotees would refer to him as Hazrat Akhund.”

In his institution, pupils from far boarded to fulfill the thirst of knowledge. Abu Saeed had two sons, Syed Saeed Ud Din Gillani, titled by “Surkh Poosh” (One who wore red clothes) was the elder one. He was mentally ill and acceptable close to Allah by birth. He was out of worldly dependency therefore never married. He was buried next to Abu Saeed.

Younger son was Syed Zain Ud Din Gillani Qadri renowned as Zain Ul Awliya, the one by whom, the genealogy of Abu Saeed is trickled down up till now. Abu Saeed had one daughter, Makhdoma Syeda Fatima Gillani who’s married with Abu Saeed’s nephew in Uchh Shreef.

Mian Mir remained practicing spirituality for three years at Abu Saeed’s residence. Abu Saeed served Mian Mir day and night with great purity. He thanked Abu Saeed, as he was set to depart from Uchh Shreef, and said, whatever demanded should be granted ask Abu Saeed what do you need? Abu Saeed replied Hazrat! Seems tough to stay away from you, just want to be a plaintiff. Mian Mir accepted him in fealty and ordered him to first accomplish all responsibilities and tasks from Uchh Shreef and come to my permanent threshold Lahore. 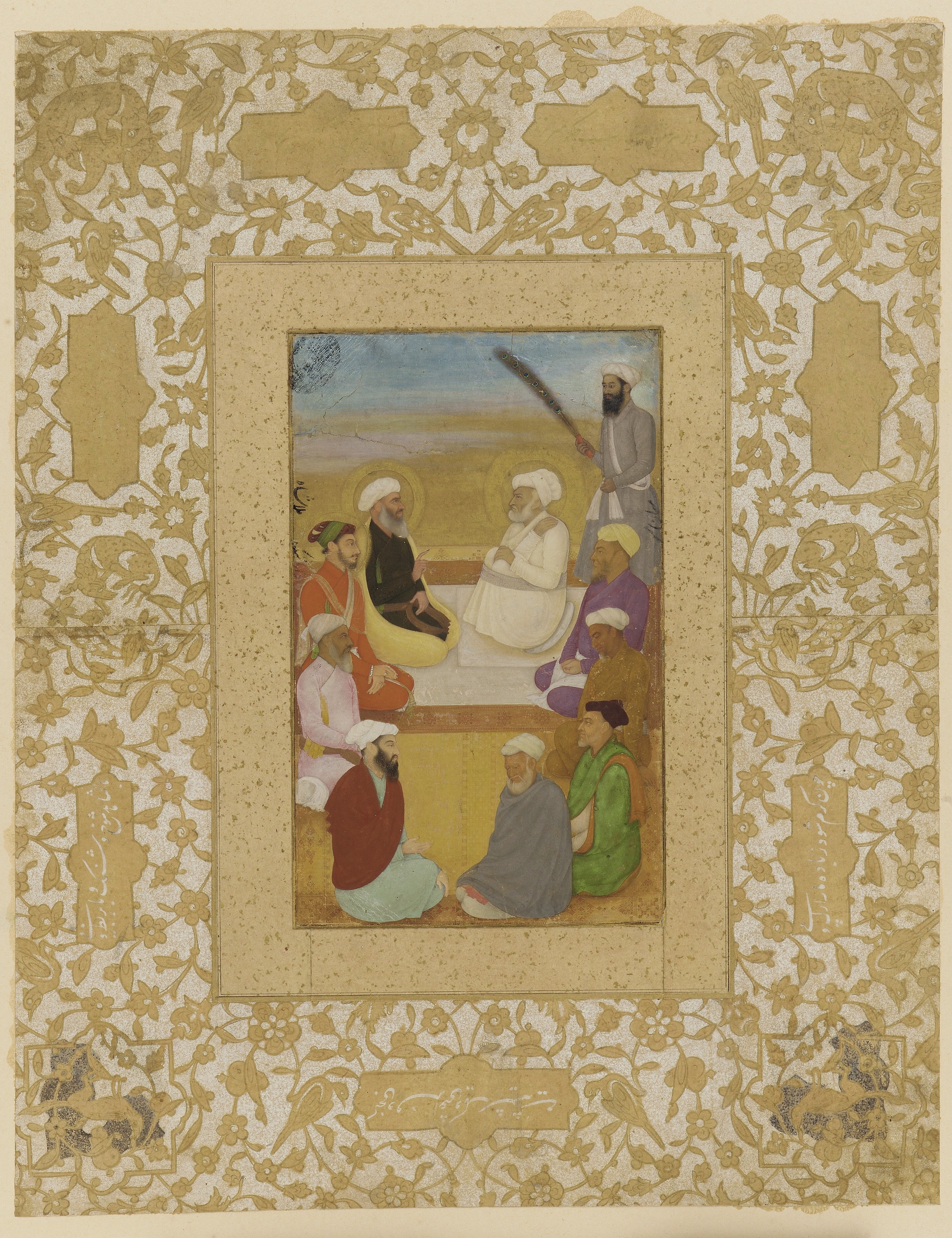