Hazrat Syed Meeran Hussain Zanjani was one of our ancestors. His father’s name was Syed Ali Mahmood and paternal grandfather’s name was Syed Abu Jafar. He was born in year 958 AD (or 347 AH) in Zanjan, Iran. He was a follower of Hazrat Sheikh Abu al Fazal Khatil and came to Lahore around 998 AD (or 387 AH) on his master’s advice. Syed Hussain Zanjani lived in Lahore for over 36-37 years and during this period thousands embraced Islam due to his preaching.

Hazrat Syed Meeran Hussain Zanjani died in 1042 AD (or 431AH). His shrine is located in Chah Meeran in Lahore 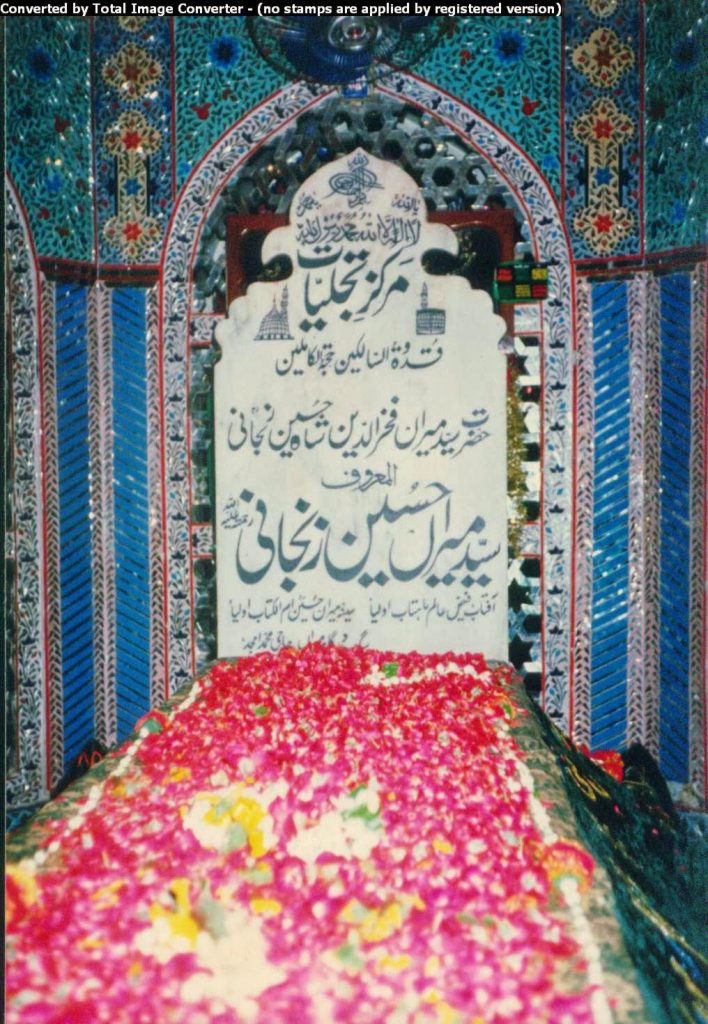 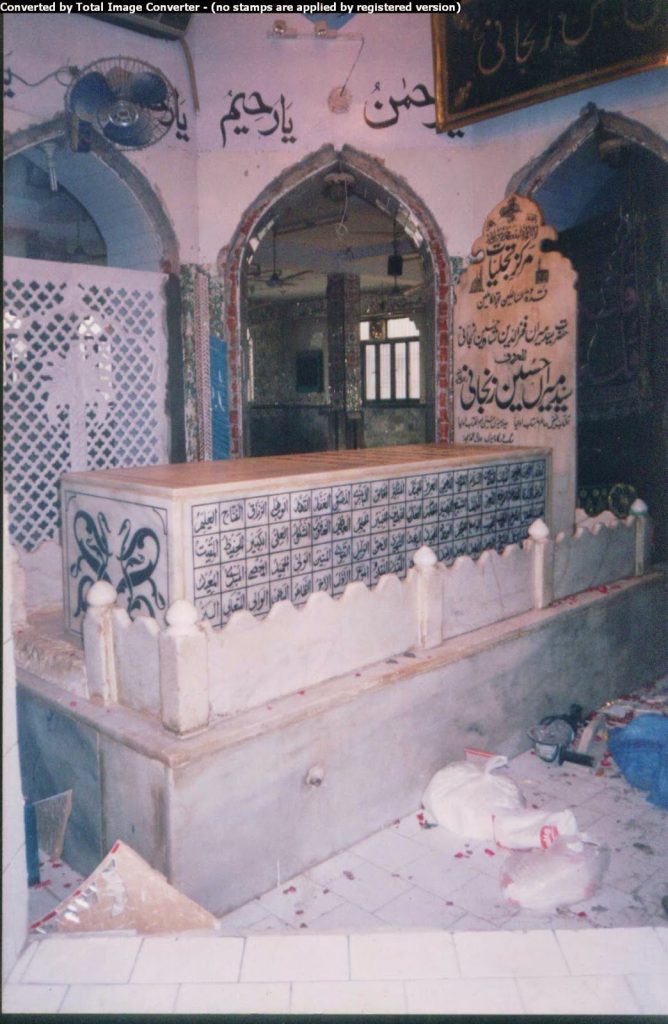 Miran Hussain Zanjani and his brother Yaqub Zanjani who were born in Zanjan in Khurasan, came to Lahore around 557 A.H. The consideration of “Tabligh” and Islamization of the people of newly acquired territory in Indian subcontinent apart from the main attraction was that the city abounded in people of high spiritual attainments and deep erudition.

According to a narration Hussain Zanjani and Ali Hujweri were disciples of the same teacher. The day Ali Hujweri entered Lahore the funeral of Hussain Zanjani was being taken to graveyard and Hazrat Data Sahib led the funeral prayer. This tradition is based on the story related by Nizamud Din Auliya in “Fuwaid-al-Fuwad”. But it has now been proved to be historically untrue, because Hussain Zanjani lived in Lahore during the early part of the seventh century (A.H.) when he met Muinudin Chishti who came to visit Ali Hujweri’s tomb, and according to tradition spent forty nights there for spiritual illumination. According to Dara Shikoh, Muinudin and Hussain Zanjani met and enjoyed each other’s company. Hussain Zanjani died in 604 A.H. and was buried in the locality, which is now known as Chah-I-Miran. It was once situated in a beautiful garden known after his name but the garden has disappeared due to the ravages of time. His tomb stands on a raided platform and has no dome.

Syed Hussain Zanjani lived in Lahore for over 36-37 years and during this period thousands embraced Islam due to his preaching.