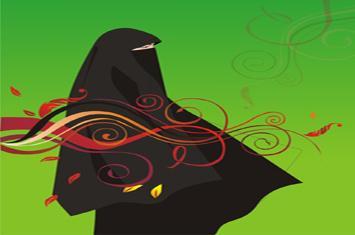 Jamilah bint Thabit ibn Abi’l-Aflah, sister of ‘Asim, wife of Umar ibn al-Khattab, was also called Umm ‘Asim. Her name used to be ‘Assiyah (means “intractable”) and the Prophet changed it to Jamilah (means “beautiful”). After she embraced Islam, she went to ‘Umar and said, “I hate my name, give me a name.” He said, “You are beautiful (jamilah).” She got angry and kept going through names and couldnt find any but her mother’s name. So she went to the Prophet (peace be upon him) and said O Messenger of Allah, I hate my name. He said, “You are beautiful (jamilah).” She got angry again, and said “That’s what ‘Umar said!” The Prophet said, “Dont you know that Allah is on Umar’s tongue and [in his] heart?” She married ‘Umar in the year 7H. After ‘Umar divorced her she married Yazid ibn Harithah, with whom she had a son, ‘Abdur-Rahman. Ibn Sa’ad mentions her among the women who took the Bay’ah (Pledge) to the Prophet, in his Tabaqat. Ibn Sa’ad mentions on the authority of Jabir that ‘Umar said to the Prophet “O Messenger of Allah, I gave Jamilah a hard blow because she asked of me what I cannot do.” That cryptic remark is a clue to what caused their divorce. They had a son ‘Asim. After they were divorced, ‘Asim who was a child, lived with his mother. One day ‘Umar saw his son playing and wanted to take him but Jamilah did not want to give the young child to ‘Umar. She took the case to Abu Bakr, who was the Caliph at this time. He ruled in Jamilah’s favor and ‘Umar had to return the child to his mother. [Al-Isaba fi Asma as-Sahaba by Ibn Hajar al-Asqalani, ca. 1500CE]