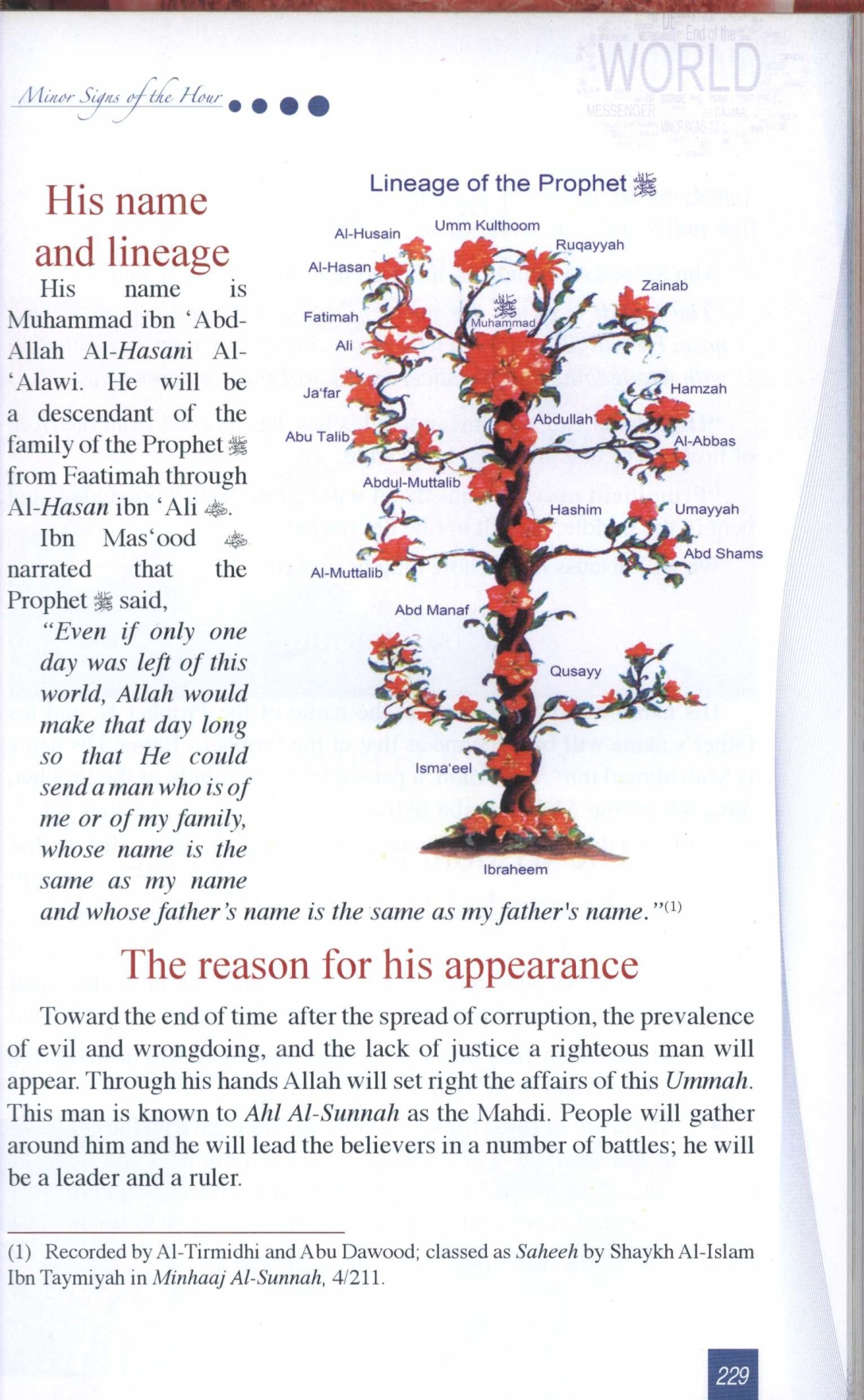 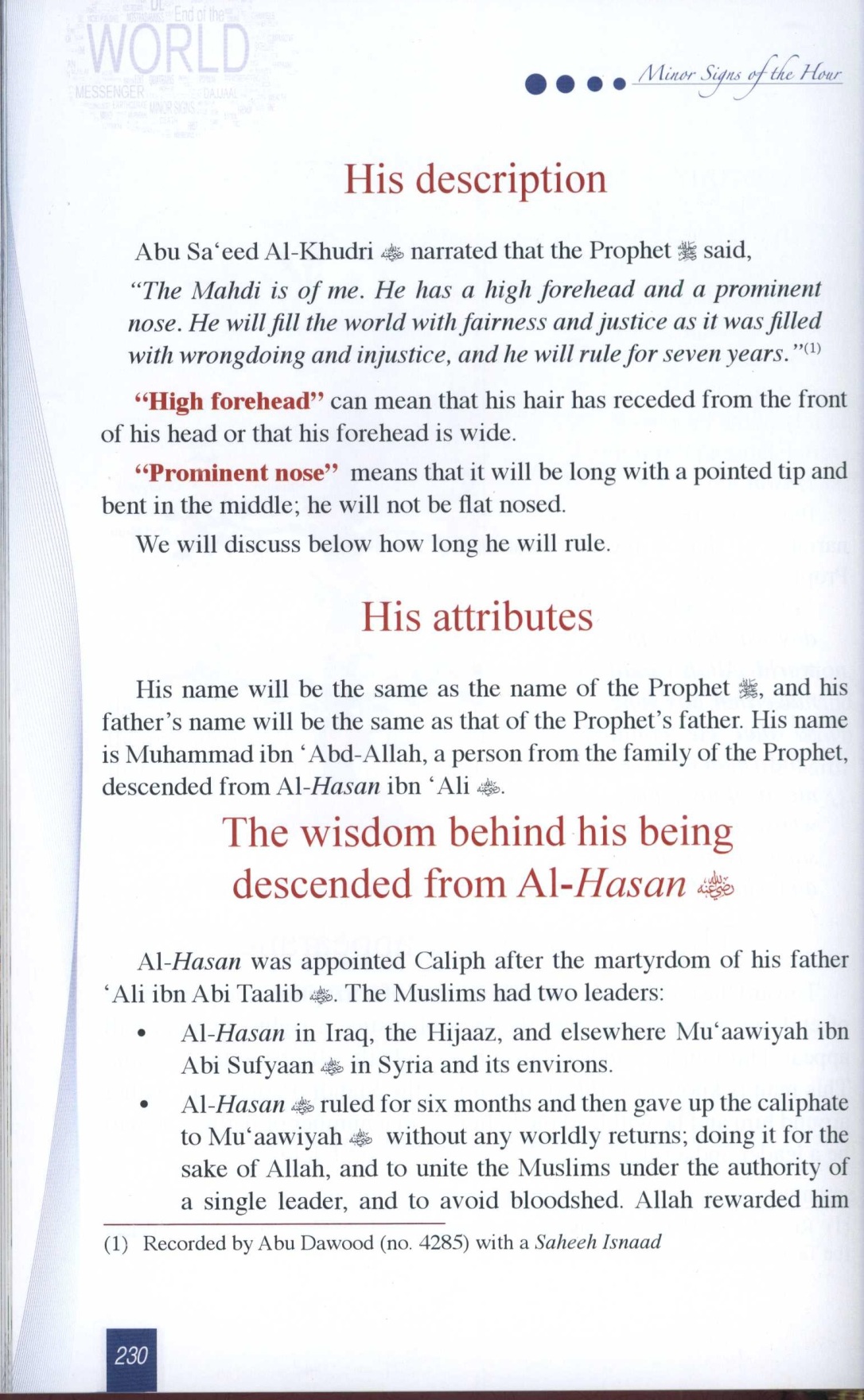 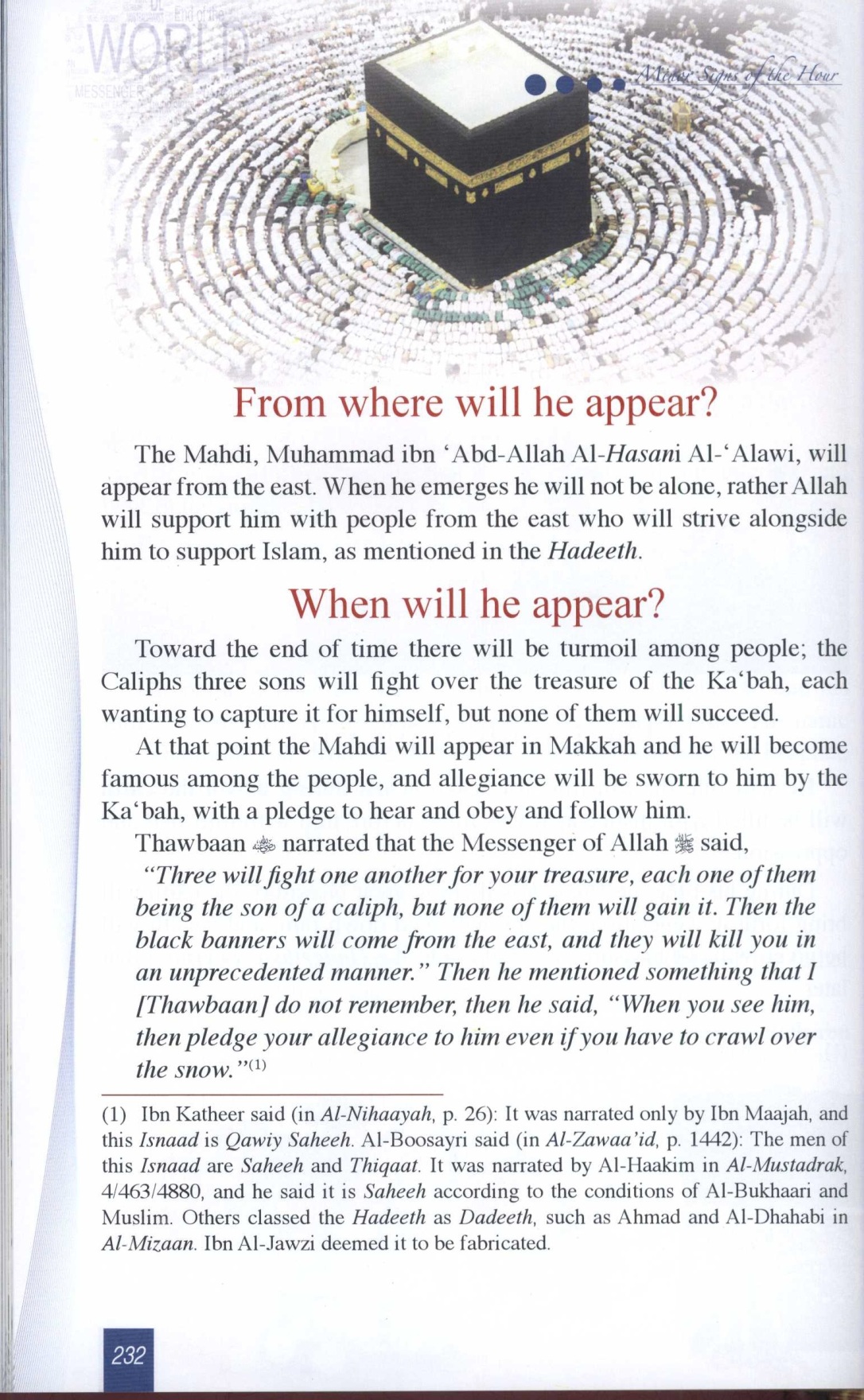 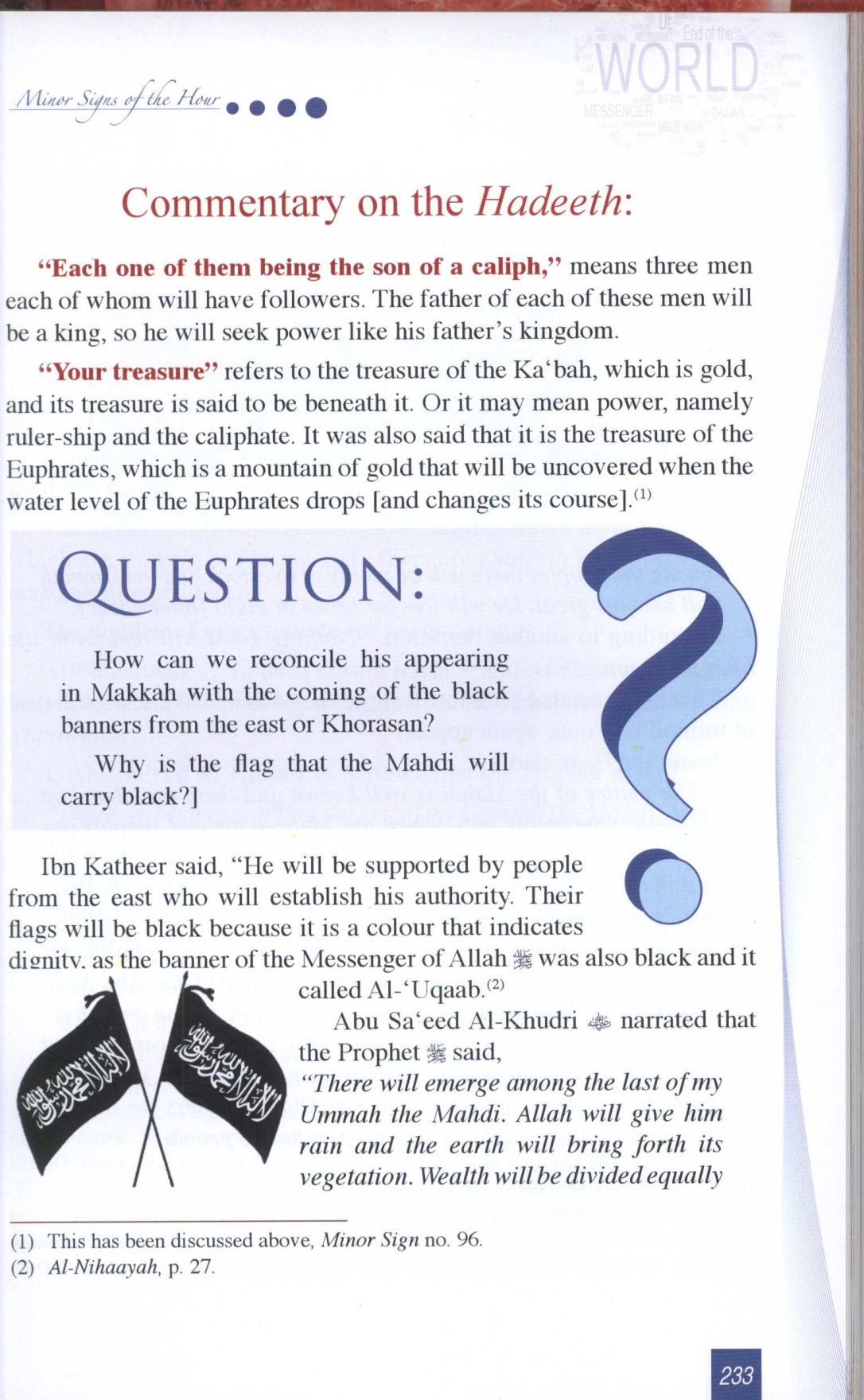 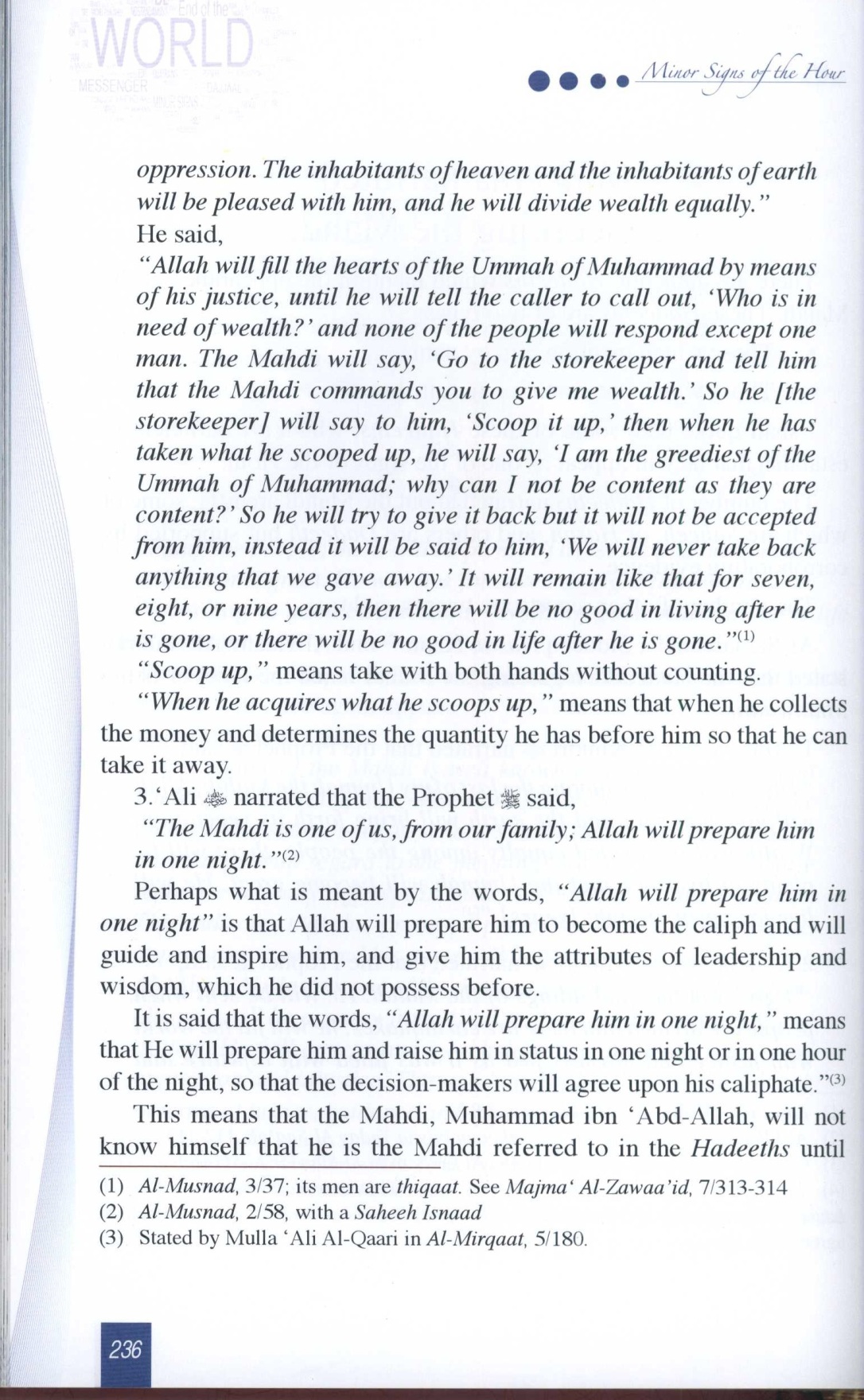 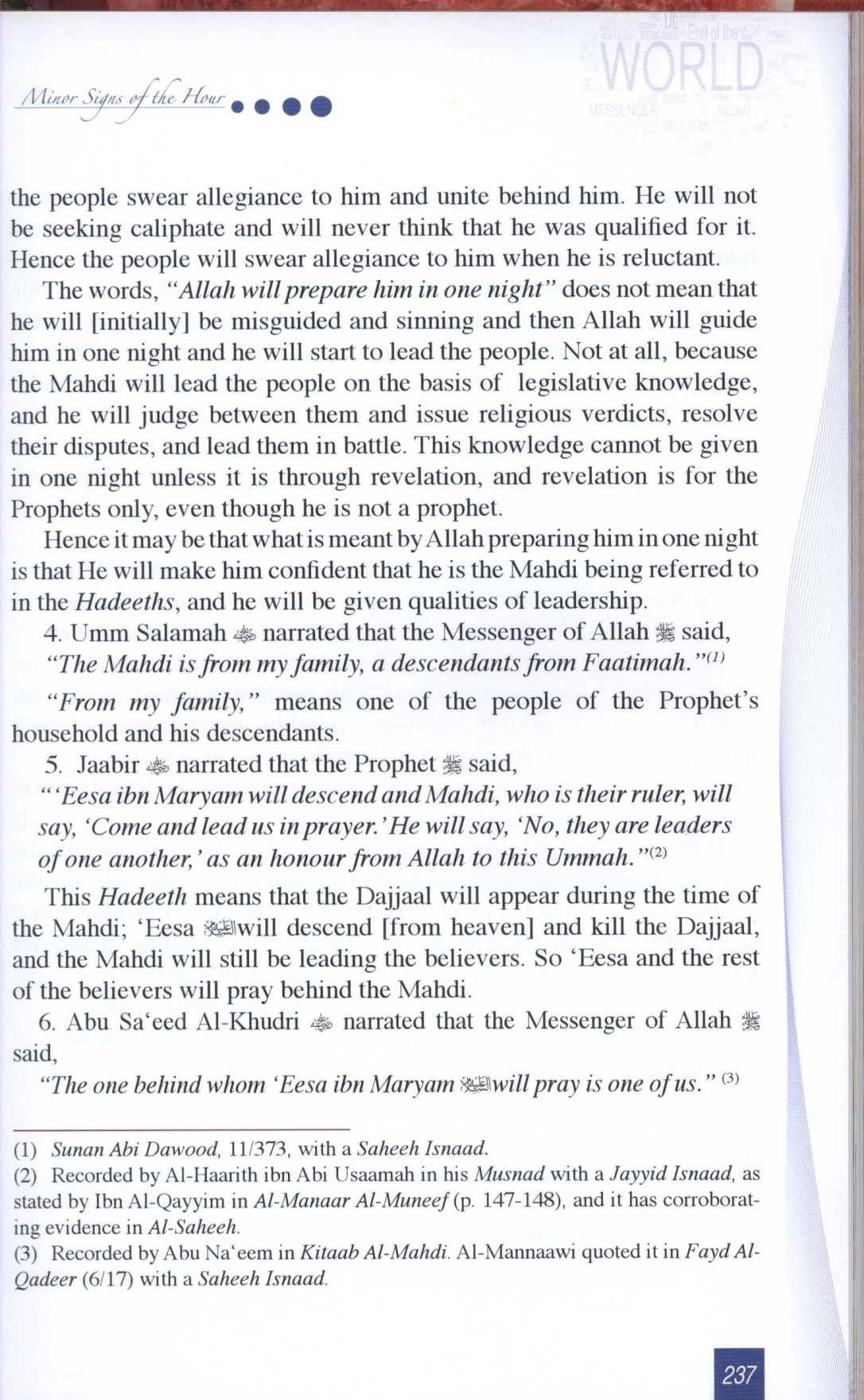 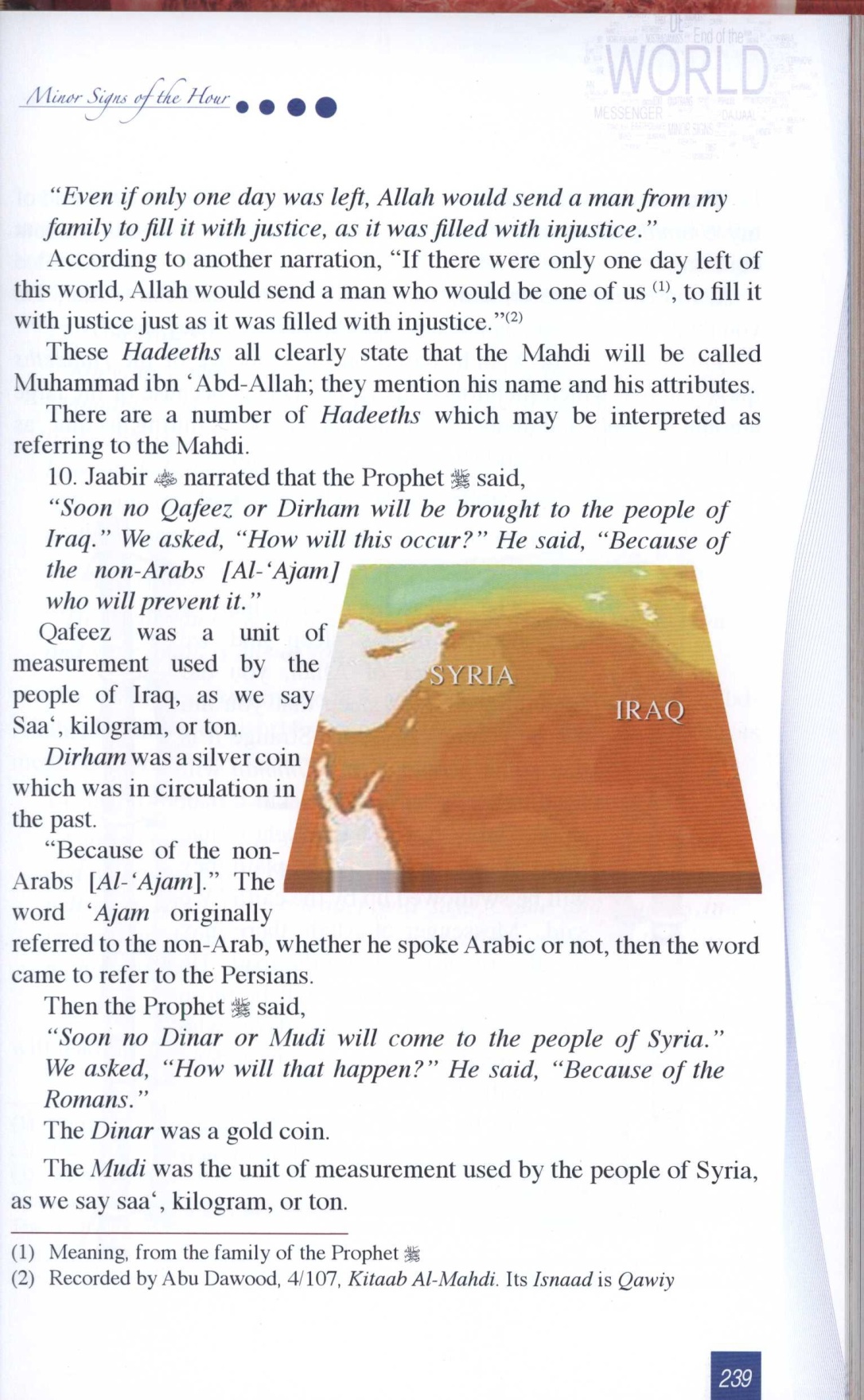 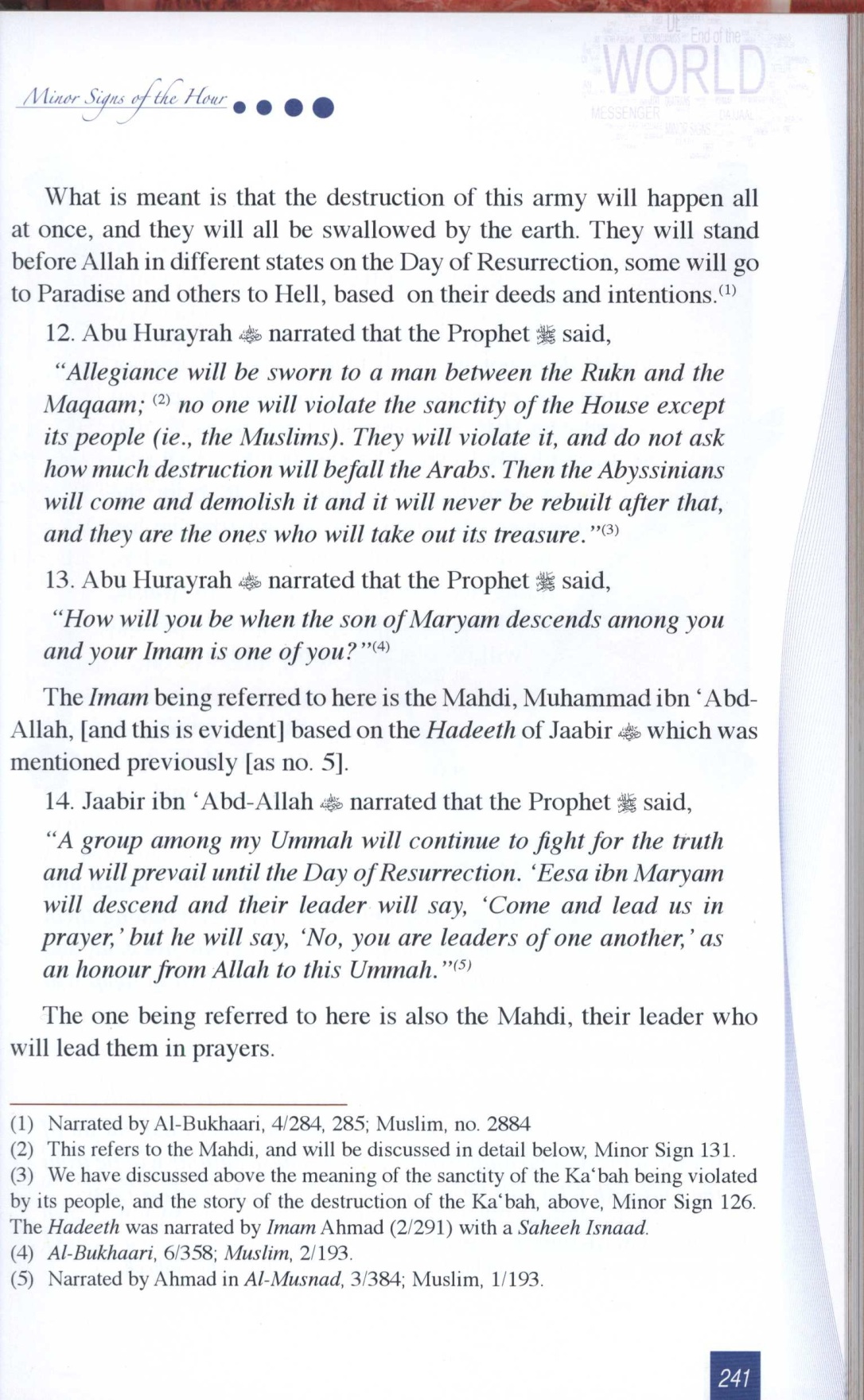 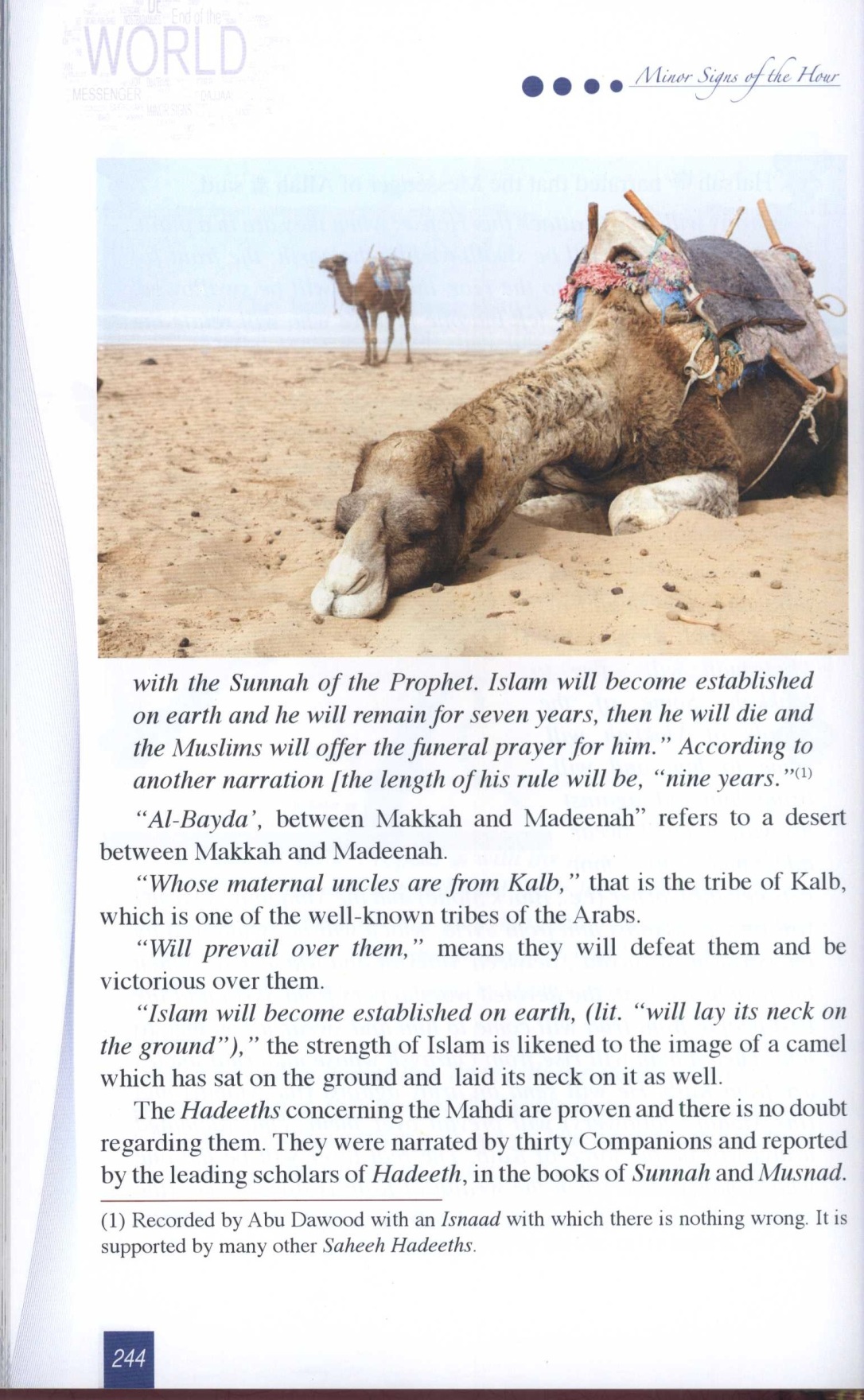 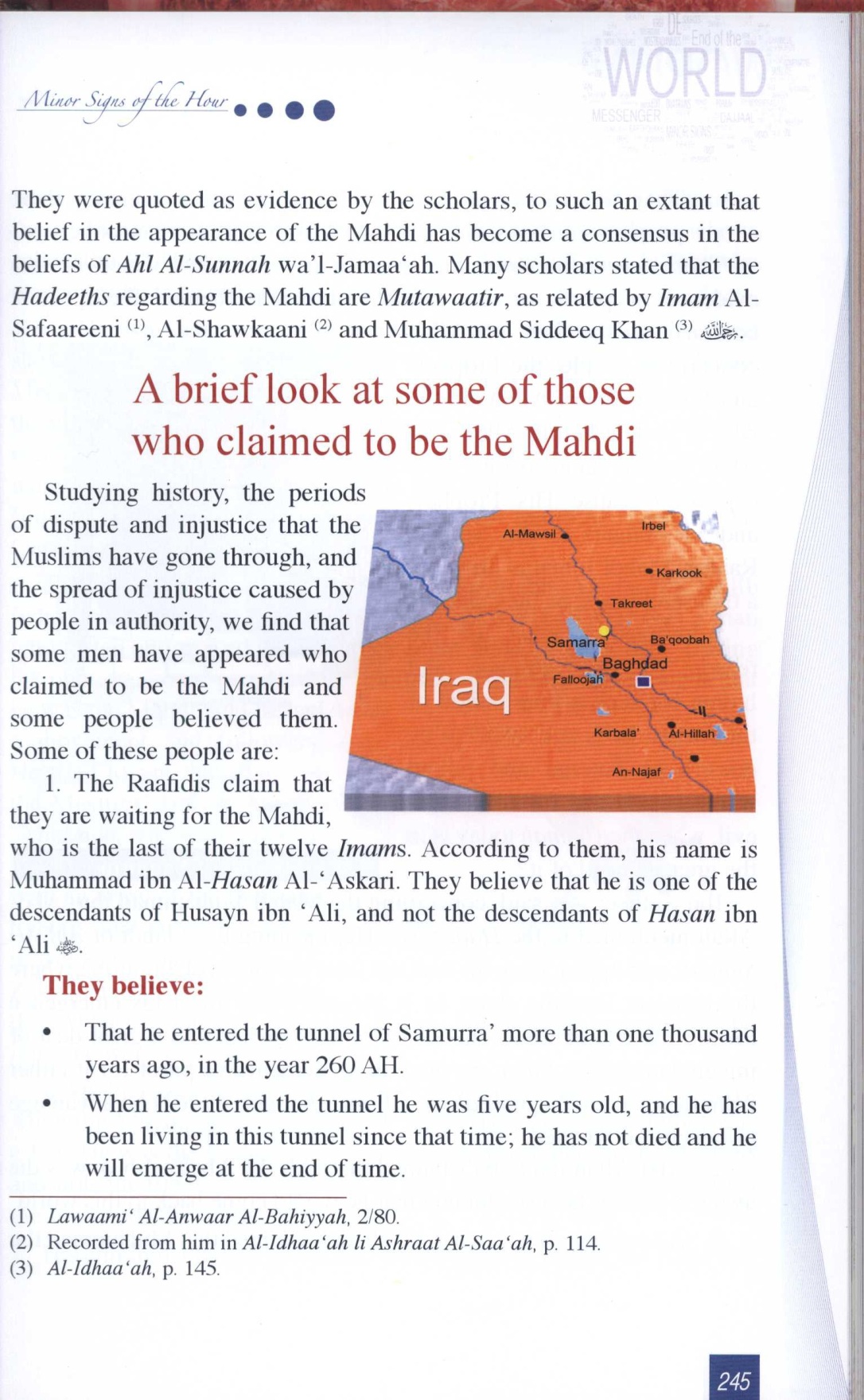 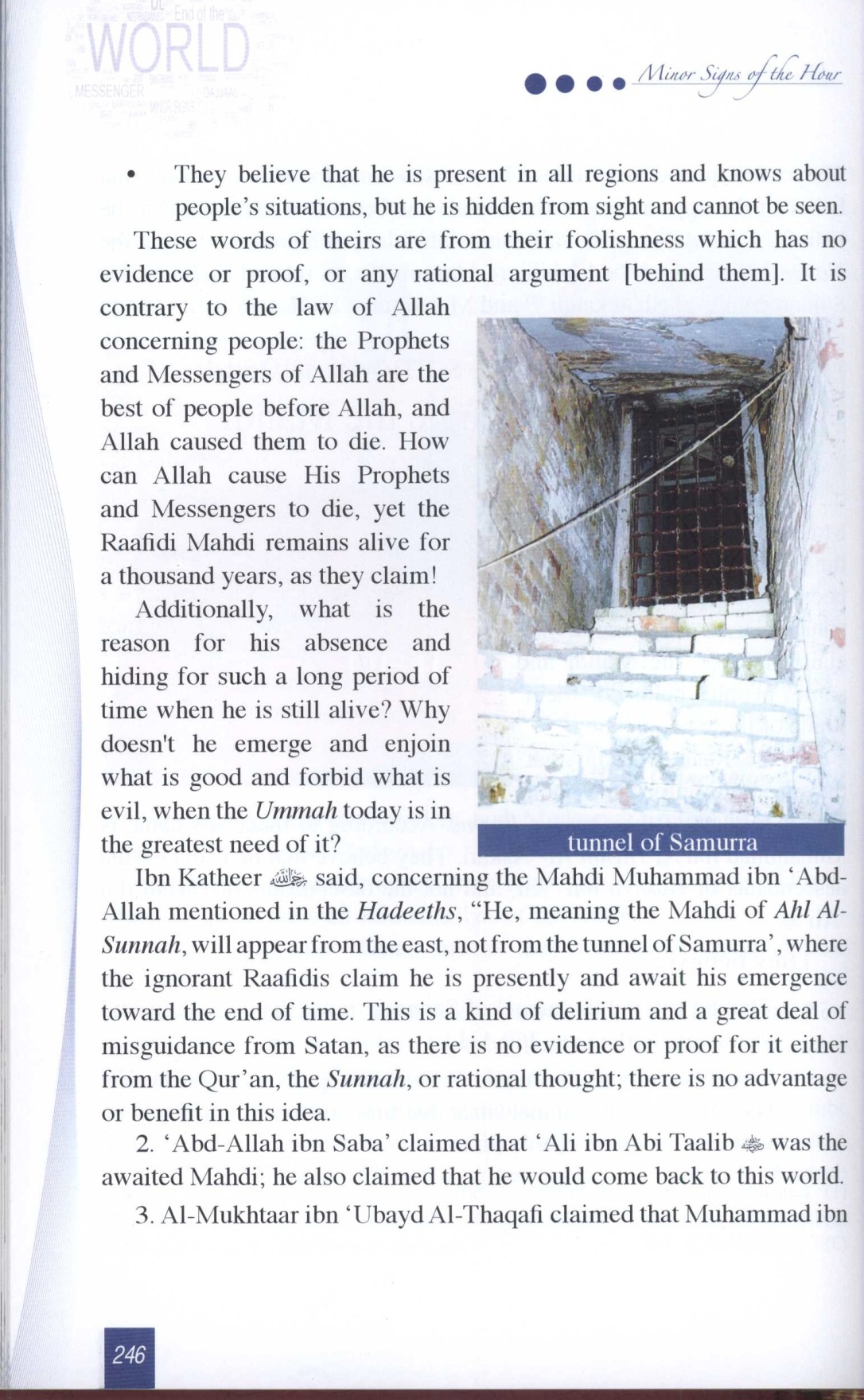 1. The Mahdi will be from the family of Prophet Muhammad (SAW)

“The world will not come to pass until a man from among my family, whose name will be my name, rules over the Arabs.”

2. He will spread justice and equality & eradicate tyranny and opression

“Allah will bring out from concealment al-Mahdi from my family and just before the day of Judgment; even if only one day were to remain in the life of the world, and he will spread on this earth justice and equity and will eradicate tyranny and oppression.”

3. The Mahdi will rise even if it is one day before Qiyamah

“Even if only a day remains for Qiyamah to come, yet Allah will surely send a man from my family who will fill this world with such justice and fairness, just as it initially was filled with oppression.”

4. The Mahdi will emerge within a single night

“The promised Mahdi will be among my family. God will make the provisions for his emergence within a single night.”

5. The Mahdi will be a descendant of Fatima

“The promised Mahdi will be among my progeny, among the descendants of Fatima.”

6. The Mahdi will be from the household of the Prophet (Ahlul-Bayt)

“Al-Mahdi is one of us, the members of the household (Ahlul-Bayt).”

7. An army will proceed from Syria to attack the Mahdi and be swallowed into the ground

“After the death of a Ruler there will be some dispute between the people. At that time a citizen of Madina will flee (from Madina) and go to Makkah. While in Makkah, certain people will approach him between Hajrul Aswad and Maqaame Ibraheem, and forcefully pledge their allegiance to him.

Thereafter a huge army will proceed from Syria to attack him but when they will be at Baida, which is between Makkah and Madina, they will be swallowed into the ground.”

8. Jesus will descend and pray behind the Mahdi

“A group of my Ummah will fight for the truth until near the day of judgment when Jesus, the son of Mary, will descend, and the leader of them will ask him to lead the prayer, but Jesus declines, saying: “No, Verily, among you Allah has made leaders for others and He has bestowed his bounty upon them.” 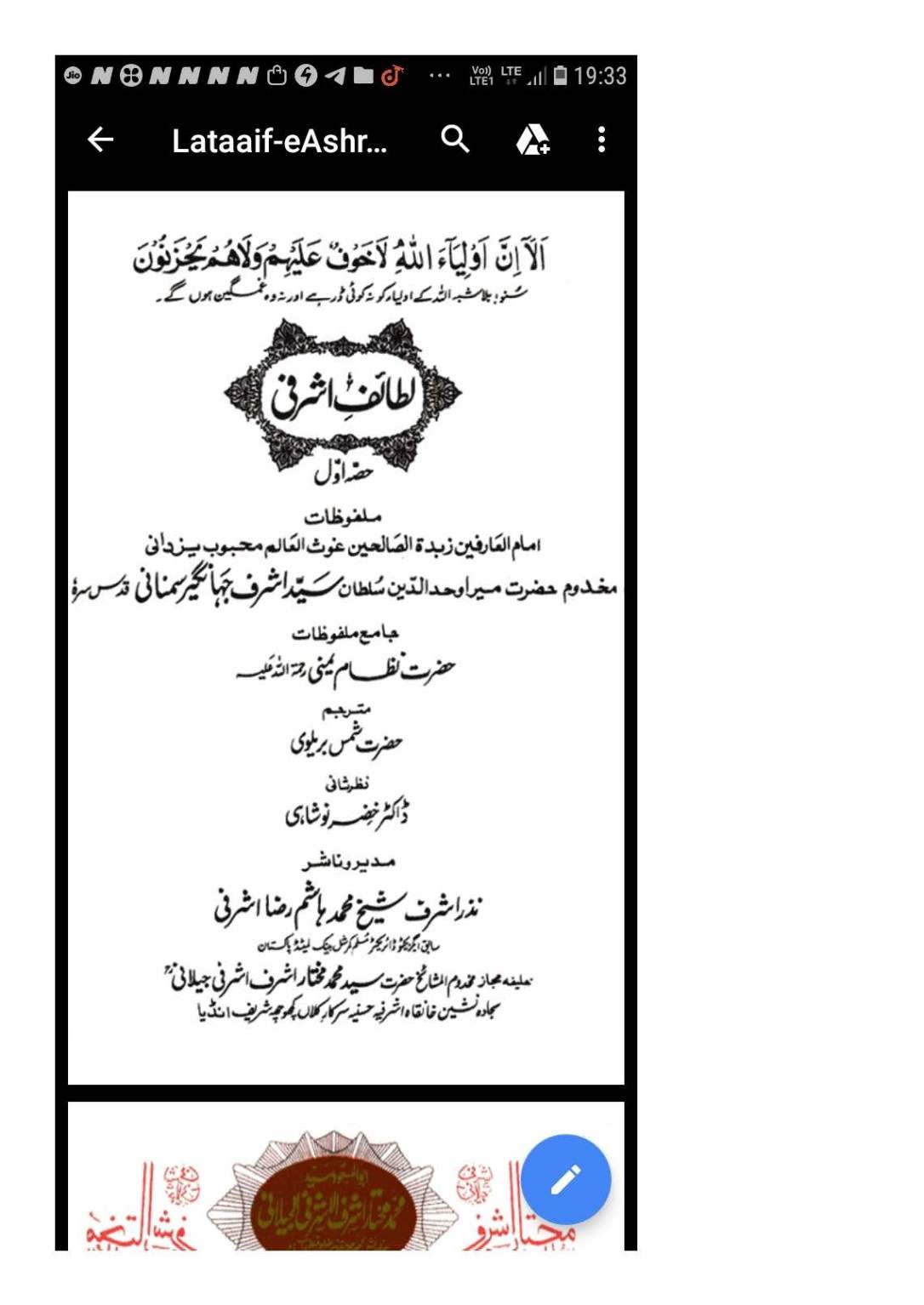 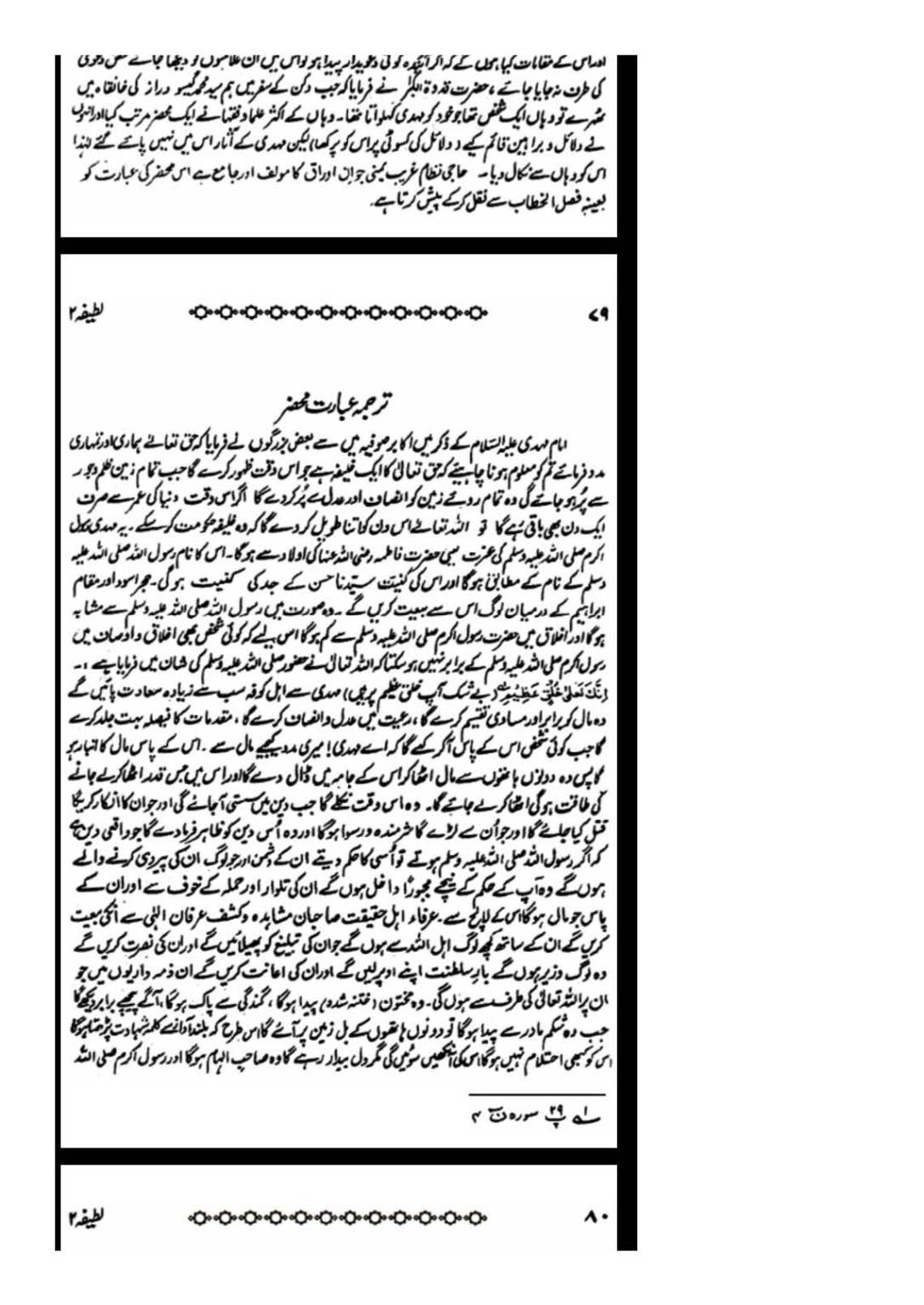 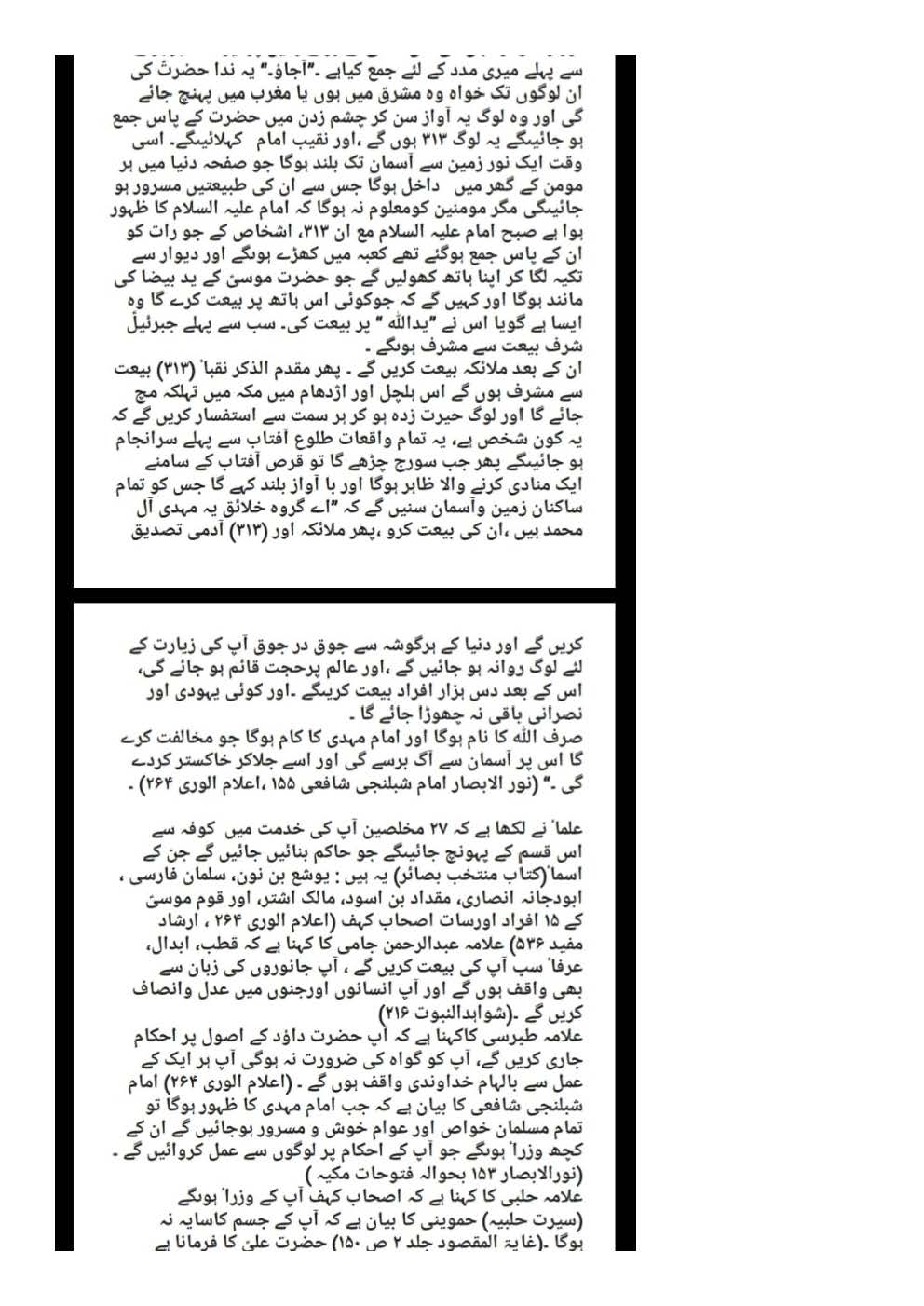