Nunah Fatima bint ibn al-Muthanna more commonly known as Fatima of Cordoba was a twelfth centry Andalusian Sufi saint and shaykha (spiritual guide) of the famous Hazrat Muhyiddin Ibn Arabi. Although she lived in extreme poverty and was very old when she met the young Hazrat Ibn Arabi, her beauty was that of a young woman, so replenished was she by the love of God.

Life
Hazrat Fatima was born in Cordoba in Spain and chose to embark on the spiritual path while still a young girl living with her family. She later moved to Seville and married a righteous man who was afflicted with leprosy, whom she happily and dutifully served for twenty-four years until he passed away.

She earned her living through hand-spinning but was soon forced to give up this profession after she injured her spinning finger. She took this as a sign and from then on lived in very impoverished circumstances, subsisting on offerings and food that had been discarded by others.

When she became hungry and had no food to eat, she would nevertheless remain cheerful and thank God for His favour in that he was subjecting her to the same circumstances to which He had subjected his prophets and saints. She would say, “Lord, how can I deserve this great position in that You treat me as You treated Your loved ones?”

Shaykha of Hazrat Ibn Arabi
Hazrat Muhyiddin Ibn Arabi was a young man when he moved to Seville with his family to receive his formal education. He studied under various masters, one of them being Hazrat Fatima whom he served for several years and had great respect for, describing her as “a mercy to the world”. Despite being advanced in age when he met her, Hazrat Ibn Arabi describes her youthful appearance:

“
I waited on her with all my soul for many years; at that time she was ninety-five years of age. The delicacy and freshness of her visage, however, made me ashamed to look at her. Most people who saw her thought she was fourteen years old.
”
Elsewhere he states:

“
When I met her she was in her nineties and only ate the scraps left by people at their doors. Although she was so old and ate so little, I was almost ashamed to look at her face when I sat with her; it was so rosy and soft.Looking at her in a purely superficial way one might have thought she was a simpleton, to which she would have replied that he who knows not his Lord is the real simpleton. She was indeed a mercy to the world.
”
Relationship with Hazrat Ibn Arabi
She had a very caring attitude towards Hazrat Ibn Arabi and would refer to herself as his mother. He narrates:

“
She used to say to me, “I am your spiritual mother and the light of your earthly mother.” When my mother came to visit her, Fatima said to her, “O light, this is my son and he is your father, so treat him with filial respect and do not dislike him.”
”
Hazrat Fatima herself reserved great respect for her student and preferred his company over that of all the contemporaries of her day who would come to see her. Hazrat Ibn Arabi relates:

“
She said of me, “I have never seen the likes of that fellow. He comes to visit me with his total being, and when he departs, he goes away with his whole being, no residue of himself is left behind with me.”
”
Elsewhere he states:

“
She used to say, “Of those who come to see me, I admire none more than Ibn al-Arabi.” On being asked the reason for this she replied, “The rest of you come to me with part of yourselves, leaving the other part of you occupied with your other concerns, while Ibn al-Arabi is a consolation to me, for he comes to me with all of himself. When he rises up it is with all of himself and when he sits it is with his whole self, leaving nothing of himself elsewhere. That is how it should be on the Way.”
”
Hazrat Ibn Arabi, along with two of his companions, built a hut made of reeds for her, in which she lived until she passed away.

Devotion to God
Hazrat Fatima was deeply devoted to God. Hazrat Ibn Arabi states, ‘although God offered to her His Kingdom, she refused, saying, “You are all, all else is inauspicious for me.”‘

He goes on to state that he once heard her remark:

“
I am surprised when people who claim to love God, the Exalted, still do not rejoice in Him, since by means of Him they behold everything and even for a blink of an eye His omniscient attention and regard is not withdrawn from them. How can these men profess love of God, and still weep?
”
Due to her profound devotion, some of the believing Jinn would sit with her, seeking her companionship. However, she would refuse them and ask them to remain hidden, reminding them of what the Prophet of God ﷺ had said the night he caught the demon, “I remembered the words of my brother Solomon (alaihi as-salaam) and used them on it.”

She used to take great pleasure in playing the tambourine. When asked about this, she replied:

“
I take joy in Him Who has turned to me and made me one of His Friends (Saints), using me for His own purposes. Who am I that he should choose me among men. He is jealous of me for, whenever I turn to something other than He in heedlessness, He sends me some affliction concerning that thing.
”
Spiritual Influence & Demise
Hazrat Ibn Arabi relates:

“
Once, on the night of the Festival, Abu Amir, the muezzin, struck her with his whip in the mosque. She gave him a look and left the place feeling very angry with him. In the morning she heard him calling to prayer and said, “O my Lord, do not rebuke me that I was affected by one who calls Your Name in the darkness of the night while other men sleep, for it is my Beloved who is mentioned on his lips. O God, do not censure him because of my feeling against him.”The next morning the jurists of the locality went, after the Festival prayer, to convey their respects to the Sultan. This muezzin, full of worldly aspiration, went in with them. When the Sultan enquired who the fellow might be, he was told that it was only the muezzin. Then the Sultan asked who had allowed him to come in with the jurists and ordered him to be thrown out, which he was. However, after someone had pleaded with the Sultan for him he was let off, although the Sultan had intended to punish him. Fatimah heard about this incident and said, “I know about it, and if I had not prayed for leniency for him he would have been executed.” Her spiritual influence was very great indeed. After this she died.
” 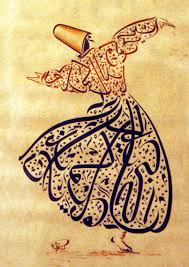 Miracles
Various miracles were attributed to her, as witnessed by Hazrat Ibn Arabi.

Miracle of Surah Fatiha
He came to know her lofty station when he observed that Surah Fatiha, the opening chapter of the Quran, would assist her in any task she desired to carry out. As result of her reading the chapter, she was able to remarkably create a three-dimensional ethereal image of Surah Fatiha and ask it to carry out a certain task.

“
One day when I was with her, a woman came to see her to complain of her husband who had gone away to Sidonia, two days’ journey from Seville. She told us that her husband wanted to seek another wife in that place, which she found hard to accept. I asked Fatimah whether she had heard the woman’s plea and begged her to call upon God to restore her husband to her. She said, “I will make no supplication, but I will cause the chapter ‘The Opening’ (Al-Fatihah) to follow behind him and bring him back.” I then said, “In the name of God, the Merciful, the Compassionate”, and she recited the rest of the chapter. Then she said, “O chapter of ‘The Opening’, go to Jerez de Sidonia to the husband of this woman and drive him back at once from wherever you find him and do not let him delay.” She said this sometime between noon and the late afternoon.On the third day the man arrived at his home. Then the woman came to inform us of his arrival and to thank us. I then told her to bring her husband to us. When he came we asked him what had brought him back from Jerez, when he had intended to marry and settle down there. He replied that he had left his house in the middle of the afternoon heading towards the municipal building for the marriage and that on the way he had felt a constriction in his heart and everything seemed suddenly very dark to him. At this he became very anxious. Then he left that place and arrived in Triana before sunset, where he had found a boat for Seville. Thus he had sailed the day before and had arrived in Seville that morning, having left all his baggage and effects behind in Jerez. He admitted that he still did not know why he had done it.
”
Miracle of the Oil
Hazrat Ibn Arabi narrates:

“
One day I built a hut for her of palm branches in which to perform her devotions. That same night the oil in her lamp ran out, something which had never happened to her before. I never learned the secret of that from her. She got up to open the door to ask me to bring her some more oil and, in the darkness, plunged her hand into some water in the bucket underneath her. At this she cursed and the water was immediately changed into oil. She then took the jug and filled it with the oil, lit the lamp and came back to see from where the oil had come. When she saw no further trace of oil she realized that it had been a provision from God.
”
References
Sufis of Andalusia: The Ruh Al-Quds and Al-Durrat al-Fakhirah – Hazrat Muhyiddin Ibn Arabi 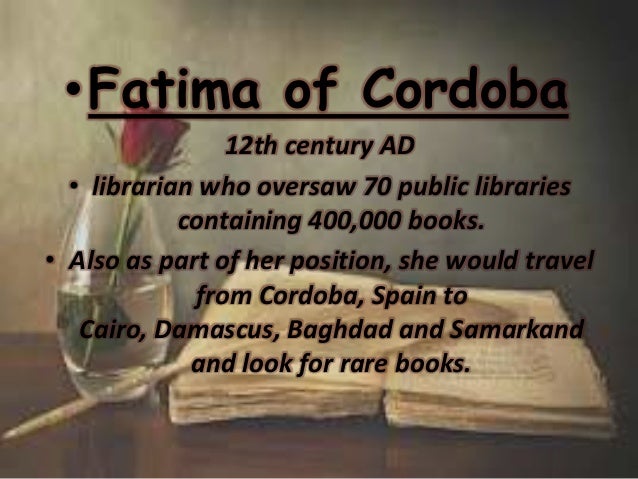