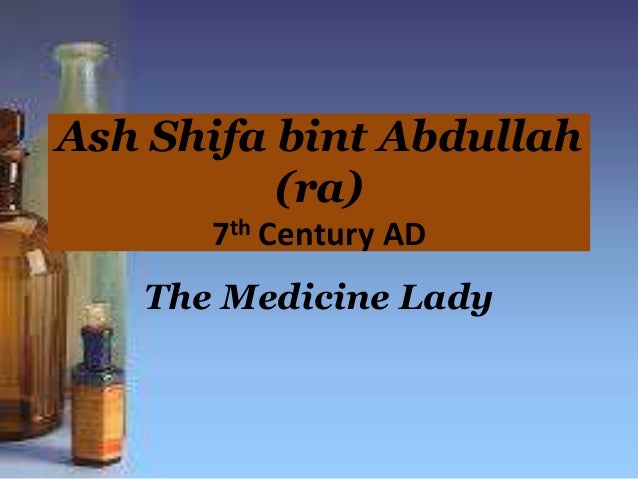 The Companion Ash-Shifa bint ‘Abdullah al-Qurashiyyah al-Adawiyyah was one of the wise women of her time. Literate in an illiterate age, she was skilled in medicine, involved in public administration, and had a strong presence in early Muslim history. Al-Shifa embraced Islam before the Hijrah, and was one of the earliest to migrate from Makkah to Madinah. She took the Pledge or Bay’ah to the Messenger, declaring loyalty to him before witnesses when it was still a dangerous thing to do. Her real name may have been Laylah. Ash-Shifa is a title derived from her profession as a medicine woman; it means “healing.” She used to conduct preventative treatments against antbite before the advent of Islam. After Hijrah, she approached the Prophet, and said, “Oh Messenger of Allah, I used to do preventative medicine for antbites during Jahiliyyah, and I want to demonstrate it for you.” He said, “Demonstrate it.” Ash-Shifa said, “So I demonstrated it for him, and he said ‘[continue to] do this, and teach it to Hafsah [a wife of the Prophet].” In another version he said, “Why dont you teach this one [indicating Hafsah] the preventative medicine against antbites, just as you taught her how to write?” She apparently taught Hafsah, and probably others, to write, at the personal request of the Prophet. The Messenger used to visit her in her own home so frequently that she set aside a mat and a cover, or izar, for his use when he took his siesta there. She kept these momentos until her death and passed them on to her children. The Messenger (peace be upon him) gave her title to a house in the Hakakin area of Madinah. His value for her company influenced the caliphs. As Caliph, ‘Umar used to defer to her opinion. ‘Umar’s respect for Ash-Shifa’s competence, character, and judgement led him to appoint her as an officer, or wali, in the administration of the marketplace. This makes her possibly the first Muslim woman to hold an official position in public administration. Ash-Shifa narrates a good number of ahadith. Many Companions narrate ahadith on her authority, including Hafsah. With her forceful character, influential counsel, and multiple professional skills, Ash-Shifa bint ‘Abdullah must have been a major figure in early Muslim society, probably a household name. 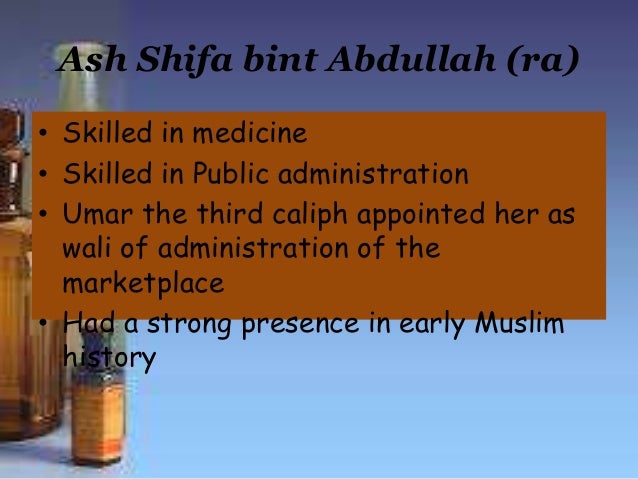 Name
Shifa bint Abdullah bin Abd Shams bin Khalaf bin Shadad al-Qurashiyah al-Adawiyah was from Makkah. It is said her real name was Laylah, and her Kunyah was Umm Sulaiman, however she became well known as al-Shifa perhaps due to her healing some people with the permission of Allah (the Exalted).
.
Early Life
Al-Shifa bint Abdullah married Abi Khaithamah bin Hudhayfah bin Amir al-Qurashi al-Adawi, and embraced Islam at an early stage in Makkah. She perservered and exercised patience along with the other early Muslims with the distress caused to them by the Quraysh. This was until Allah (the Exalted) permitted these persecuted muslims to migrate from Makkah to Madinah, and she migrated along with them. 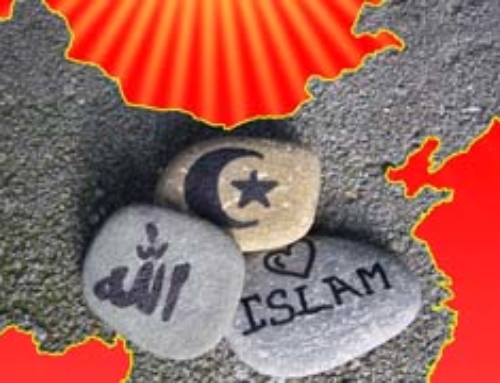 .
Literacy: A Rare Quality
Al-Shifa bint Abdullah al-Adawiyyah was one of the few individuals who knew how to read and write during the time of Jahiliyyah, having been blessed by Allah with a sharp intellect and beneficial knowledge. She was skilled in the art of Ruqyah (healing supplications) even at the time of Jahliyyah. When she embraced Islam she did not perform ruqyah until she spoke to the Messenger of Allah (Allah bless Him and give Him peace) and recited to him what she would read, and He (Allah bless Him and give Him peace) granted her permission to perform ruqyah. 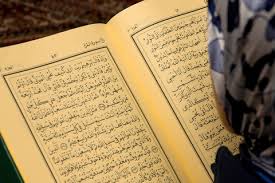 .
Teaching in Madinah
Al-Shifa then continued to practice ruqyah, healing the muslims, and taught it to the mother of the believers Hafsah (Allah be pleased with her). This is known from the hadith where it is mentioned that the Messenger of Allah (Allah bless Him and give Him peace) entered upon the mother of the believers Hafsah bint Umar, and found al-Shifa bint Abdullah with her. He said to her: Teach Hafsah the ruqyah al-namlah like you taught her to write. Along with this she also taught other muslim women how to read and write seeking the reward and pleasure of Allah, and making her the first female teacher in Islam.

.
Respect of Umar
Biographical works have not mentioned much detail of the life of al-Shifa bint Abdullah. Ibn Hajar however did describe her in al-Isabah as being from the intelligent and notable women.
It is reported that Umar bin al-Khattab (Allah be pleased with him) trusted her view and judgement such that he gave her view precedence over others. It is also said that Umar made her responsible for some matters in the market place, some mentioning it could have been to do with proper conduct in the market place.
.
Hadith Narration
Al-Shifa bint Abdullah narrated from the Messenger of Allah (Allah bless Him and give Him peace) and from Umar bin al-Khattab. Her son Suleiman bin Abi Khaithamah in turn narrated from her along with some of her grandchildren. Al-Bukhari cites a narration of hers in Kitab al-Adab and Kitab Afal al-Ibad, alongwith Abu Dawud and al-Nasai.
.
Passing Away
The first female teacher in Islam passed away during the time of Umar bin al-Khattab in the year 20 Hijri. May Allah reward her the best of rewards for her service to this ummah, not least her healing the sick and teaching of women.