About the Ansari Qadiri Rifai Tariqa

Sufis of the Ansari Qadiri Rifai Sufi Order are trained through traditional Sufi practices, with an emphasis on service. Our intention is to follow the Holy Qur’an and the sayings and example of Prophet Muhammad (peace be upon him) and his followers. We acknowledge the blessing of Allah’s message in all its forms, in particular from the Prophet Abraham (pbuh) and his lineage.

“There is charity incumbent upon every bone of a human being on every day that the sun rises. To judge fairly between two people is charity. To help someone mount or load his pack animal is charity. A good word is charity. Every step on the way to prayer is charity. Removal of what is harmful from the road is charity.” —traditional saying of Prophet Muhammad (peace be upon him)

Ya Wadud Ya Salaam Ya Jami Ya Nafi

Love, Peace and Togetherness in Goodness

The primary mission of the Ansari Qadiri Rifai Tariqa is to be available to guide seekers of Allah. We seek closeness to God in this world and in the hereafter. We hope to gain such a loving relationship with the Creator through service. Love is the method and Love is the goal.

Several hundred years ago, Shaykh Ayni Ali Baba, a Rifai, founded a tekke, or Sufi center, in Kasimpasha, which is now a suburb of Istanbul. It later became known as the Ayni Ali Baba Tekke and was a center of light and learning for many generations. By 1910, however, the tekke (also known as dergah) building had been abandoned and fell into a state of severe disrepair.

Shaykh Muhammad Ansari was born in Baghdad and moved to Erzincan in northeastern Turkey in the early 1900s. He was a descendent of both Abdul Qadir Geylani and Ahmed er Rifai and was a shaykh of the Rifai Tariqa. In Turkey he met Shaykh Abdullah Hashimi of the Qadiri order. 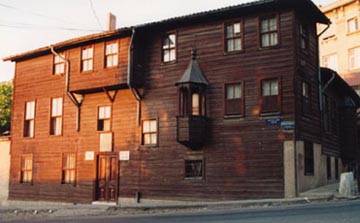 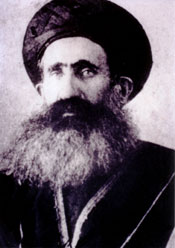 Sometime after his arrival in Istanbul, Shaykh Muhammad Ansari came across a soldier who lay mortally wounded. Through his lineage Shaykh Muhammad had received the power to heal, so he cured the soldier by use of his spiritual gift. Upon hearing how the soldier’s life was saved, Sultan Abdul Hamid, himself a Sufi of the Qadiri order, asked Shaykh Muhammad what he would like as a reward for his act. The Shaykh asked for permission to build a Sufi center on the foundation of the ruined Ayni Ali Baba Tekke. The Sultan consented. 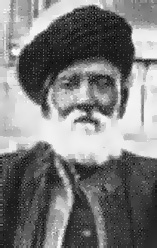 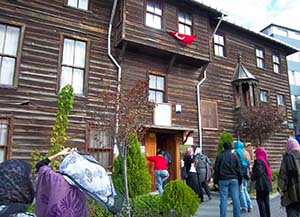 In 1978, when Shaykh Muhyiddin Ansari passed away, he did not leave a successor as leader in the Istanbul dergah. He left the running of Ayni Ali Baba Tekke to his khalifascollectively.

Before he passed away, Shaykh Muhyiddin Ansari was given the privilege to start a tariqa in his own name, called the Tariqat-i Ansariya, or Ansari Tariqa. He appointed Shaykh Taner Tarsusi to start the Tariqat-i Ansariya in the United States under the name Qadiri Rifai Tariqa of the Americas. Then he bestowed his name “Ansari” to Shaykh Taner as a gift. Today we are known as the Ansari Qadiri Rifai Tariqa, and our living Pir (leader) is Shaykh Taner Ansari Tarsusi er Rifai el Qadiri.

The Sufi Way of Love

The Role of the Shaykh