From the earliest days of Islam, Muslim women have been and continue to be active leaders in the community. Aixa al-Hurra was one such lady known for her bravery and leadership skills. She belonged to the period when Muslim rule in Spain was falling apart.

Named Aisha bint Muhammad ibn al-Ahmar, she was better known by her Spanish name Aixa al-Hurra, meaning Aisha the Honoured. She was the daughter of Muhammad IX and the granddaughter of Yusuf IV, the 11th Emir of Granada of the Nasrid dynasty.

Aixa al-Hurra was a politically-active person and exerted great influence upon the policy of the state during the last years of the Emirate of Granada. She personally owned several palaces and properties. However, her husband, Muley Hacén, was not the wisest Emir of his days. He became infatuated with a Catholic woman and when the Catholic invaders prepared to attack Granada, Muley Hacén was nowhere to be found.

It was at this point that Aixa took charge and promoted her son Boabdil to the throne. This was an act of defiance against Muley Hacén as he did not want to have Boabdil as the Emir of Granada. In fact, Aixa and Boabdil were imprisoned in the Tower of Comares but Aixa fought hard and ultimately secured the Emirate for Boabdil.

All of that, of course, proved futile. Boabdil’s armies failed to prevent the fall of Granada. Catholic forces, led by Ferdinand and Isabella, defeated Boabdil at the Battle of Lucena in 1483. Negotiations ensued and the results were not too promising for Granada. Eventually, Granada, the last standing representative of Islam in Spain, fell prey to the invaders.

Aixa then followed her son Boabdil and left Granada in 1492-93. It is said that when Boabdil was driven out of Granada by the Catholic rulers, he took one last look at his Emirate, said “Allahu Akbar” and began to weep. It was at this point that Aixa al-Hurra bitterly stated: “You weep like a woman for what you could not defend like a man!” 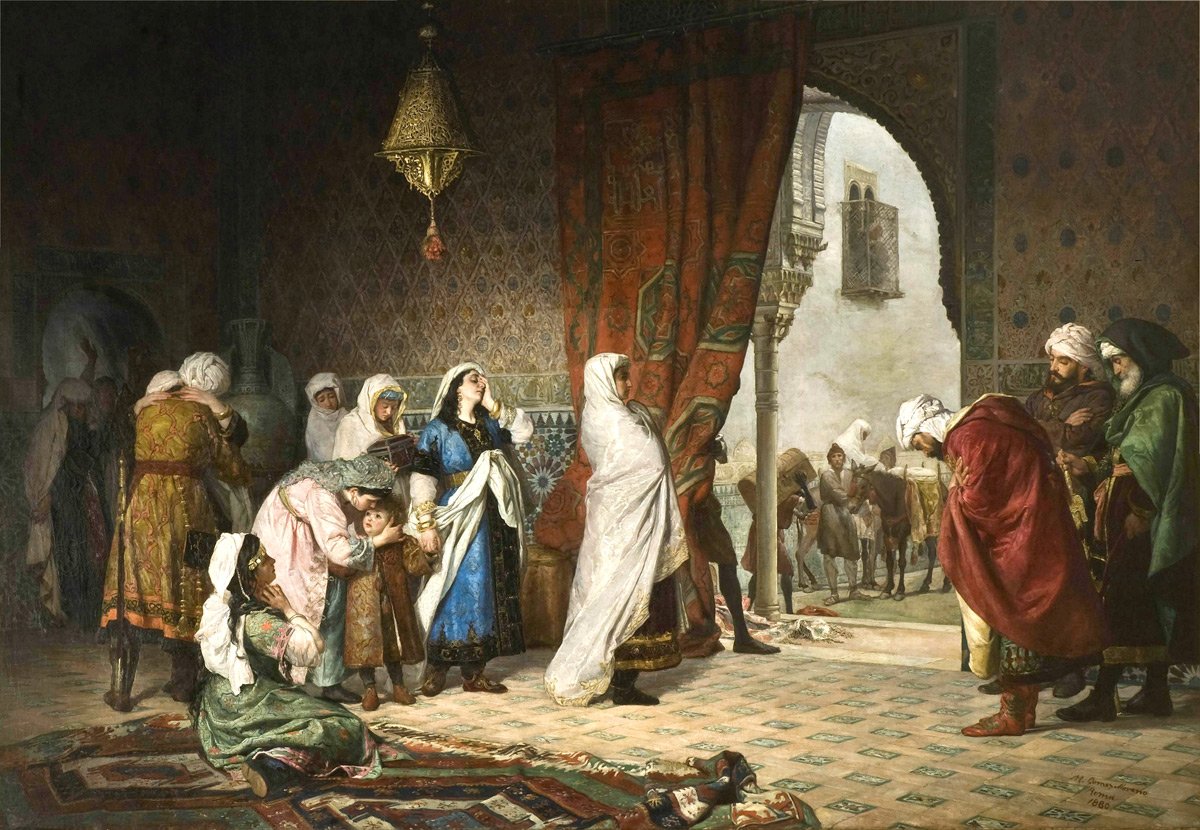 It might be easy to blame Boabdil for the fall of Granada. However, it wasn’t his fault alone. Decades and centuries of corruption, intrigues and fighting had weakened Spain. Muslim states and Emirates were eager to fight among themselves and some even sided with the invaders at times!

That said, Spain under Muslim rule was the epitome of excellence. Jews, when expelled from rest of Europe, often found refuge in Spain. In fact, Aixa al-Hurra herself was a just lady who prevented atrocities against the resident Catholics of Granada during the war.

Aixa al-Hurra was a passionate, energetic, courageous and strong-hearted woman. She had a never-give-up attitude. She wanted to fight till the end. She was embittered by Granada’s loss, but she was not willing to give up. She was brave and knew when to take a stand. She fought for her son’s right to be the Emir of Granada. She stood against her husband and sided with the greater good of Granada. Yet, she did not shy away from chiding her own son because she knew Granada was gone.

Aixa al-Hurra, much like many others, will be known as an inspiring Muslim woman who had the courage to stand tall even in the face of danger.

Aisha al-Hurra (some historiographers have found evidence indicating her name may have been Fatima although Aisha remains the more accepted view) was the mother of the last king of Granada, Boabdil, and it was through her machinations that her son was put on the throne, which he subsequently lost. The marriage of Aisha to her husband, ‘Ali abu al-Hasan (r. 1461-1482) was an unhappy one which heard its death knells after ‘Ali, now in his dotage, became infatuated with his Catholic concubine Isabella (converted to Islam under the name Zoraya). With the Catholic armies fast approaching Granada, his love of the Catholic made both his nobles and his first wife anxious. Aisha feared that her sons would be supplanted in the ascension by Zoraya’s issue. While ‘Ali was abroad, Aisha turned the population against her husband and gained the support of nobles and military leader from Abencerragesin in a plot to put her son on the throne. With Aisha’s aid, ‘Ali was deposed and in his place her son, Abu ‘Abdullah, known to the West as Boabdil, became King of Granada in 1482. While playing a prominent role in the rule of her son, she also bore witness to his stunning loss of Granada in 1492 at the hands of Isabella and Ferdinand. Driven from his city, he took one last look at Granada and seeing its wonders said, “Allahu akbar,” and began to sob. Bitterly, Aisha responded, “Weep like a woman for what you could not defend like a man!”