Q&A Is there a similitude of “Wahdathul Wujud” mentioned in Hadith?

Answer: yes,  In the Name of Allah Most Merciful Most Compassionate

Part time misguided Muslims are busy attacking awliya Allah ever since their existence!

Imam Ali (A.S) said: “Those who know himself knows Allah”

Allah says in Quran: “I am closer to My Servant than his jugular vain”

So Awliya Allah, who knows Allah , they are arif Billah, as He is closer to them than their jugular veins , but the ALLAH you know is Allah only  in Books Allah in Fi Sama (Sky)!

Because you did not reach in that state of faith that high rank of wilayah (Sainthood), but you abuse the friends of Allah (Awliya Allah)

So this is the problem with you! you are confused and confusing others, you are misguided and misguiding other people!

MAN IS CREATED IN THE IMAGE OF GOD:

Sahih Al-Bukhari (6227) and Sahih Muslim (2841) narrated from Abu Hurayrah (R.A) that the Prophet (peace and blessings of Allah be upon him) said: “Allah created Adam in His image, and he was sixty cubits tall. When he created him he said, ‘Go and greet that group of angels who are sitting and listen to how they greet you, for that will be your greeting and the greeting of your descendents.’ So he said, ‘Al-salaamu ‘alaykum (peace be upon you),’ and they said, ‘Al-salaamu ‘alayka wa rahmat-Allaah (Peace be upon you and the mercy of Allaah.’ So they added (the words) ‘wa rahmat-Allah.’ Everyone who enters Paradise will be in the form of Adam, but mankind continued to grow shorter until now.”

Sahih Muslim (2612) narrated that Abu Hurayrah said: The Messenger of Allah (peace and blessings of Allah be upon him) said: “When any one of fights his brother, let him avoid the face, for Allah created Adam in His image.”

Sahih Bukhari and Imam Nawawi in his 40 Hadith:

On the authority of Abu Hurayrah (may Allah be pleased with him) who said:

The Messenger of Allah (peace and blessings of Allah be upon him) said, “Verily Allah ta’ala has said: ‘Whosoever shows enmity to a wali (friend) of Mine, then I have declared war against him. And My servant does not draw near to Me with anything more loved to Me than the religious duties I have obligated upon him. And My servant continues to draw near to me with nafil (supererogatory) deeds until I Love him. When I Love him, I am his hearing with which he hears, and his sight with which he sees, and his hand with which he strikes, and his foot with which he walks. Were he to ask [something] of Me, I would surely give it to him; and were he to seek refuge with Me, I would surely grant him refuge.’ ” (Sahih Bukhari)
عَنْ أَبِي هُرَيْرَة رَضِيَ اللهُ عَنْهُ قَالَ: قَالَ رَسُول اللَّهِ صلى الله عليه و سلم إنَّ اللَّهَ تَعَالَى قَالَ: “مَنْ عَادَى لِي وَلِيًّا فَقْد آذَنْتهُ بِالْحَرْبِ، وَمَا تَقَرَّبَ إلَيَّ عَبْدِي بِشَيْءٍ أَحَبَّ إلَيَّ مِمَّا افْتَرَضْتُهُ عَلَيْهِ، وَلَا يَزَالُ عَبْدِي يَتَقَرَّبُ إلَيَّ بِالنَّوَافِلِ حَتَّى أُحِبَّهُ، فَإِذَا أَحْبَبْتُهُ كُنْت سَمْعَهُ الَّذِي يَسْمَعُ بِهِ، وَبَصَرَهُ الَّذِي يُبْصِرُ بِهِ، وَيَدَهُ الَّتِي يَبْطِشُ بِهَا، وَرِجْلَهُ الَّتِي يَمْشِي بِهَا، وَلَئِنْ سَأَلَنِي لَأُعْطِيَنَّهُ، وَلَئِنْ اسْتَعَاذَنِي لَأُعِيذَنَّهُ”.

Sahih Muslim Book 32. Virtues, Good Manners and Joining Of The Ties Of Relationship

Abu Huraira reported Allah’s Messenger (may peace be upon him) as saying:

Verily, Allah, the Exalted and Glorious, would say on the Day of Resurrection: O son of Adam, I was sick but you did not visit Me. He would say: O my Lord; how could I visit Thee whereas Thou art the Lord of the worlds? Thereupon He would say: Didn’t you know that such and such servant of Mine was sick but you did not visit him and were you not aware of this that if you had visited him, you would have found Me by him?

This is recorded in the Gospel as Christ says, which prove Christ’s station in Wahdathul Wujood as stated in Sahih Bukari Hadith in Imam Nawawi’s 40 Hadith .

The Sheep and the Goats

31 “When the Son of Man comes in his glory, and all the angels with him, he will sit on his glorious throne.32 All the nations will be gathered before him, and he will separate the people one from another as a shepherd separates the sheep from the goats. 33 He will put the sheep on his right and the goats on his left.

34  Then the King will say to those on his right, ‘Come, you who are blessed by my Father; take your inheritance, the kingdom prepared for you since the creation of the world.35 For I was hungry and you gave me something to eat, I was thirsty and you gave me something to drink, I was a stranger and you invited me in 36 I needed clothes and you clothed me, I was sick and you looked after me, I was in prison and you came to visit me.’

40 The King will reply, ‘Truly I tell you, whatever you did for one of the least of these brothers and sisters of mine, you did for me.’

41 Then he will say to those on his left, ‘Depart from me, you who are cursed, into the eternal fire prepared for the devil and his angels.42  For I was hungry and you gave me nothing to eat, I was thirsty and you gave me nothing to drink,43  I was a stranger and you did not invite me in, I needed clothes and you did not clothe me, I was sick and in prison and you did not look after me.’44 “They also will answer, ‘Lord, when did we see you hungry or thirsty or a stranger or needing clothes or sick or in prison, and did not help you?’

46 Then they will go away to eternal punishment, but the righteous to eternal life.”

Therefore we can see that today those who follow Tawhid of goats will be among 72 misguided sects!

So Wahdathul Wujood is not Pantheism as Wahhabi cleric Muhammad Feiz Says!

Twisted Wahhabi religion and it’s clerics either admit Islam is Pantheism or admit they the real misguided ones! 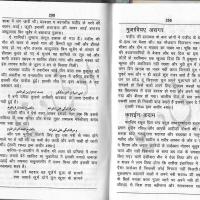