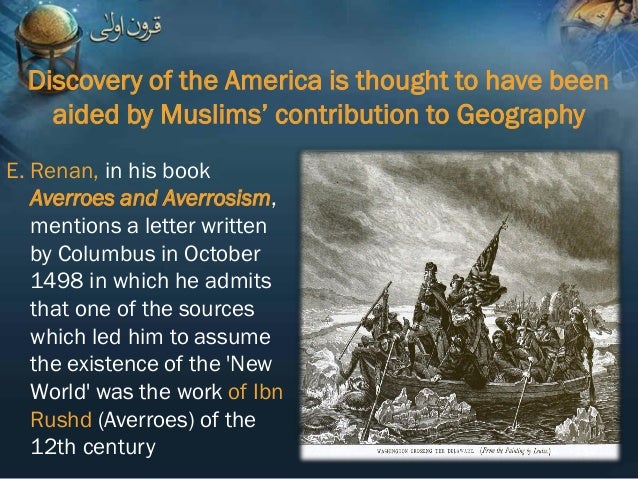 Farmers and engineers in the Golden Age inherited existing techniques of irrigation, preserving some while modifying, improving and constructing others. It was common across the Muslim world to see hundreds of windmills and waterwheels busily irrigating crops. However, they did not have the capacity to supply every town and village. Engineers like Al-Jazari designed water-raising machinery aimed to bring water supplies directly to local people and enhance the farming capacity.

Here we look at a few innovative machines that powered the agricultural revolution in Muslim Civilisation.

A chapter of Al-Jazari’s book was devoted to water raising machines. It also included  sophisticated machines  powered by water and gravity, simulating the principle of the balance (see the video below). As the water fills one bucket and as it spills into the large cylindrical tank, a siphon sets into action, generating air pressure through a flute and resulting in a sound at controlled intervals. The interval is controlled by the rate at which the water flows from the tap.

This is a water-driven twin-cylinder pump. The important features embodied in this pump are the double-acting principle, the conversion of rotary into reciprocating motion, and the use of two suction pipes. The hand-driven pumps of classical and Hellenistic times had vertical cylinders, these stood directly in the water which entered them through plate-valves in the bottoms of cylinders on the suction strokes. The pumps could not, therefore, be positioned above the water level. This pump of Al-lazari could be considered as the origin of the suction pump. The assumption that Taccola (c. 1450) was the first to describe a suction pump is not substantiated. The only explanation for the sudden appearance of the suction pump in the writings of the Renaissance engineers in Europe is that the idea was inherited from Muslim Civilisation, whose engineers were familiar with piston pumps for a long time throughout the Middle Ages.

Among the original machines described in the corpus of technology from Muslim Civilisation, the six-cylinder “monobloc” piston pump designed by Taqi al-Din Ibn Ma’ruf in the late 16th century holds a special place. Working as a suction pump, this complex machine included components that are often associated with modern technology, such as a camshaft, a cylinder block, pistons, and non-return valves. In this article, Joseph Vera, an expert in re-engineering ancient inventions, describes how he created a SolidWorks CAD model of this remarkable pump, that he completed with a motion simulation. The conclusion he drew after creating the model and the simulation is that the engineers of the Muslim tradition, represented by Taqi al-Din, had a very solid grasp of kinematics, dynamics and fluid mechanics. He notes also that Taqi al-Din’s “monobloc” pump is a remarkable example of a machine using renewable energy, a topic that is currently of utmost importance…

(Left) A 14th-century manuscript by Al-Dimashqi shows a cross-section of a typical windmill whose vertical vanes rotate around a vertical shaft*, (Right) Windmills in the Iranian region of Nishtafun Right (Source)

[Most historians believe that it was the Crusaders who introduced windmills to Europe in the 12th century. A Persian had come to the second Caliph Umar, who reigned for ten years from 634, and claimed he could build a mill operated by wind, so the caliph ordered him to have one built. After this, wind power became widely used to run millstones for grinding corn, and also to draw up water for irrigation. This was done ﬁrst in Seistan, and Al-Masudi, a geographer who lived in the tenth century, described the region as a “country of wind and sand.” He also wrote, “[A] characteristic of the area is that the power of the wind is used to drive pumps for watering gardens.”]*

[A thousand years ago, geographer Al-Istakhri wrote of seeing windmills used to provide power, running mills that were built everywhere. Unlike the traditional European design, Central Asian windmills had vertical vanes to catch the wind. Built on top of castles or at the crest of hills, the windmills had two stories. In one story were the millstones, one connected to a vertical wooden shaft. This shaft extended into the other story, where six to twelve windmill sails were mounted vertically, covered in cloth or palm leaves. The structure of the windmill was open to catch the wind on the northeast side.]*

These norias, which raise water from the Orontes River, are in Hama, Syria*

[Large waterwheels, or norias, have raised water from fast-ﬂowing waterways to higher land since 100 b.c.e. Vitruvius, the Roman writer, architect, and engineer, mentioned this simple yet powerful device. Like any waterwheel, it was turned by the force of ﬂowing water against paddle compartments on its rim. These ﬁlled with water and took it to the top, where they emptied into a head tank connected to an aqueduct. Already used by the Romans and Persians, they were adapted and redeveloped by the Muslims.]*

[The ﬁrst Muslim mention of norias refers to the excavation of a canal in the Basra region in the late seventh century. The wheels at Hama, on the river Orontes in Syria, called by Sarton: Hama’s Great Glories, still exist, although they are no longer in use. They were big wheels and the largest was about 20 meters (65.6 feet) in diameter, with its rim being divided into 120 compartments. The noria at Murcia in Spain, LaNora, is still in operation, although the original wheel has been replaced by a steel one. Apart from this, the ‘Moorish’ system is otherwise virtually unchanged. There are still many norias in various parts of the world, and they are often able to compete successfully with modern pumps.]*

Arnold Pacey for instance, notes how mechanical techniques reached a high level of sophistication in the Muslim civilization as well as in China, notably with respect to the application of water wheels to generate power…

(Left) Page from a 13th-century manuscript depict a water-raising machine designed by Al-Jazari. Water-raising machines are driven by a water turbine through geared shafts, which turn a sindi wheel carrying a long belt of buckets. Al-Jazari made a wooden animal and placed it on the rotating disc on the machine so maybe people would not think the automatic machine was driven by “magic”; they thought it was driven by an animal, operating multiple gears with partial teeth to produce a sequence of motion in four scoops that took water from the river one scoop at a time. This design included a camshaft, which controlled the mechanism – (Right) 3D Animated Image of the device
“1001 Inventions: The Enduring Legacy of Muslim Civilization”
Market Zone, 04 Water Supply, Page 122-126

The Third Water-Raising Device was intended as a decorative attraction near an ornamental lake, with an element of mystification about it. Thence an ornamental lake erects an elegant open structure, with only its automata working parts visible to spectators, thus leaving the spectators curious on how the device is powered (see image). Consider the nature of Al-Jazari’s working environment, it is most likely erected in the King’s garden, where it caused wonder and aesthetic pleasure to courtly circles and raised water for irrigation to the garden at the same time. It was however, simply an elegant development of a utilitarian device that was used for supplying water for irrigation and domestic purposes. A development of the Saqiya, having the main difference of the device being powered by waterpower instead of animal power. The structure itself is quite small, being divided into 2 sections; the lower chamber whereby the water driven mechanism is ‘hidden’ under the ground and upper chamber whereby the automated mechanism above the pool was made visible

There are multiple other mechanical devices. Of these, Al-Jazari has designed three more water-raising machines and many additional ingenius devices like clocks, some of them feature in our previous story entitled “Top 7 ingenious Clocksfrom Muslim Civilisation that defied the Middle Ages”. Others include those developed by Taqi al-Din, Al-Muradi and Ridhwan al-Sa’ati. The Banu Musa brothers also produced fascinating machines such as the Hydraulic Organ, wudu’ (ablution) water machine, The Self Changing Fountain and a drinking device for animals (right figure). They also produced trick devices like a drinking bull and tea-making lady robots (See 1001 Inventions book, Trick Devices) and let’s not forget to mention Al-Muradi’s “Book of Secrets“. Other devices and tools invented or improved upon from scholars from Muslim Civilisation include a paper-glass-ceramic-pottery making machine, various musical, astronomical, medical, military, agricultural and alchemy instruments. These will be mentioned in our forthcoming stories.

“Muslim devices were used for many practical ends such as pearl fishing, protection in polluted wells, clepsydre used to regulate irrigation time with extreme accuracy through the year, and telling time. With regard to bulky machinery, the same concern for practicality was also in force; water lifting devices, for instance, were used for irrigation, whilst other machinery was used for crushing sugar cane and for extracting vegetable oils. Al-Hassan, in his edition of Taqi al-Din (Taqi Eddin), also points out that the Muslim engineer, from the early days of Islamic civilisation, used his skills and knowledge to build cities and dams, projects for irrigation, and in making machinery that had a wider public use. Colish also notes: There is another dimension to Muslim science that must be noted along with the indubitable creative achievements of its golden age. The Muslims were interested in selected fields and in particular problems… In each case, the subject was appealing because it had practical applications. Pure scientific theory, the lure of scientific knowledge for its own sake that had animated ancient Greeks, was not.” (Al-Djazairi, S.E.)

A 3D graphic model of the gun powder propelled Torpedo constructed from the manuscript of Hasan al-Rammah.

The Self Changing Fountain of Banu Musa bin Shakir

An artist’s whimsical ideas about a 12th century method of increasing hydro-power train by 1.0 ox-power, for a water bucket elevator for water supply (Source)

The Albolafia noria, or waterwheel, is the last vestige of an array of mills and dams built on the Guadalquivir River in Cordoba between the 8th and 10th centuries as it appears in its present condition. (Source) and below is a picture of a noria in Hadith Bayadh wa Riyadh (The Story of Bayad and Riyad) , an Andalusian love story, 13th-century (Source) Outside the palace an agricultural setting is suggested by the depiction of water and the water wheel. (Source)