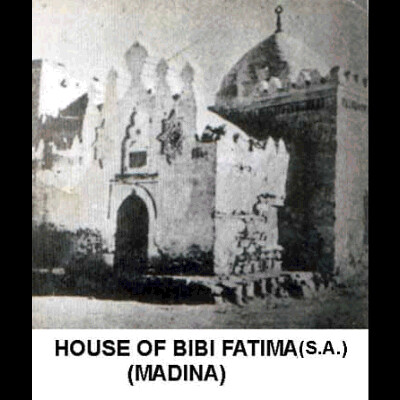 In this article, Professor Sevim Tekeli, an outstanding scholar in the history of Ottoman science, describes the instruments built by Taqî al-Dîn Ibn Ma’ruf and his team at the Istanbul observatory (was in activity between 1577 and 1580), and points out in particular the close resemblances between them and those used in Western Europe by Tycho Brahe, at the same time, in his observatory at Uraniborg Castle.

Four hundred years ago, an observatory located at Tophane, on the European side of Bosporus, famous as Istanbul Observatory, was founded by Taqî al-Dîn al-Râsid, under the sponsorship of Sultan Murad III (r. 1574-1595).

An unknown author gives the following information about the plan of constructing such an institution in Istanbul:

“While he [Sa’d al-Dîn] was making the necessary arrangements, suddenly our Master Taqî al-Dîn, who was the greatest scientist on earth, came to Istanbul to enter the felicitous Court of the King. When he was presented to the Emperor and received by him, he was promoted and decorated with a large fief, because he was truly cognizant of sciences. Also the necessary expenses for his work were given from the Imperial treasury. In order to start the work with the help of God, European Castle [Frenk Sarayi] above the great and prosperous buildings of Tophane in Istanbul, God may increase its beautiful buildings, was assigned and the activities were started. To put in verse the quality of the necessary instruments in the Imperial poetry, firstly this text depending on the statements of Taqî al-Dîn, is composed and named Alât al rasâdiya li-zîj-i Shâhin-shâhîya [1].”

It is stated in certain other sources, on the other hand, that it was Taqî al-Dîn who took the initiative in this matter, and that he suggested to Sultan Murad III to found an observatory. Taqî al-Dîn wished to have an observatory founded in Istanbul, and the Grand-vizier Soqullu Muhammad Pasha and Khwaja Sa’d al-Dîn became interested in the matter and supported him. He prepared a report, to present to the Sultan, explaining the necessity of founding a new observatory. In this report Taqî al-Dîn explained that the available astronomical tables had grown outdated and new tables based on fresh observations had to be compiled [2].

In this short article I am going to dwell on only the first part, that is to say the instruments built in this institution.

As it is known, the importance of an observatory depends on:

1) the preciseness of its instruments,

2) the importance of the work done in it, and

3) the quality of the astronomers connected with it.

The available sources that give information about the instruments constructed in Taqî Dîn’s observatory are:

Generally, observational instruments in an observatory can be divided into two groups: fixed and portable. In enumerating the instruments, Taqî al-Dîn does not say anything concerning the portable instruments. From the above mentioned documents we lean that the following fixed instruments were built:

1. An armillary sphere (dhât al-halaq) with six rings for the measurement of latitudes and longitudes. The radius of the rings is more then four meters. All the rings are placed on a base called the horizon, and the horizon is placed on six columns, the lower ends of which are attached to another stool like the horizon. This form of base is generally used in 16th century in Europe (see Figures 1 a-b).

2. A mural quadrant (Libna) for the observations of the declinations of the sun and the stars. It is said that Taqî al-Dîn preferred the above mentioned quadrant instead of the suds-i Fakhrî [7] and two rings used by the previous astronomers. It is two brass quadrants with a radius of six meters placed on a wall and erected on the meridian (see Figures 2 a-b).

3. An azimuthal semicircle (dhât al-samt wa-‘l-irtifâ’) for the measurement of the altitudes and the azimuths of the stars. This instrument composed of a copper ring representing the horizon and a semi circle perpendicular to the horizon (see Figures 3 a-b).

4. Parallactic ruler or triquetrum. Generally the parallax of the moon is observed with this instrument. It is made of three long pieces of wood. The first is perpendicular to the horizon; the second is connected at the head of the first with an axis. The third which has the chord division is nailed near the base (see Figures 4 a-b).

5. The wooden quadrant (Rub‘). It is a quarter of a circle made of wooden rulers. The altitudes of -the stars and even their distances to zenith are measured by this instrument (see Figures 5 a-b).

6. Dioptra (dhât al-thuqbatayn), generally called the instrument with two holes for the measurement of the apparent diameters of the heavenly bodies and eclipses (see Figure 6).

Let us put, for the present, here a point and turn our eyes to Europe. Tycho Brahe built an observatory under the sponsorship of king Frederic II of Denmark in 1576 he equipped this observatory with the best possible instruments of his time, succeeded to become one of the great astronomers of all history by building these refined instruments and making accurate observations and helping the discoveries of Kepler.

The recent researches showed that there is an exact identity between most of the instruments of Tycho Brahe’s and Taqî al-Dîn’s observatories.

I am going to compare the instruments of these observatories in three groups. The first group includes the instruments known and built by earlier astronomers since Ptolemy. They are armillary sphere, triquetrum or parallatic instrument and dioptra. In both observatories they were built as large as possible in order to show the minutes (see Figures 1 a-b).

The second group of instruments includes the instruments discovered later, that is to say in Islam. They are mural quadrant (libna) and azimuthal semicircle (dhât al-samt wa-‘l-irtifâ) (see Figures 2 and 3.)

1. The mural quadrant (libna) is fixed upon a wall erected in the meridian built in both observatories. The radius of Tycho’s instrument was about 2 meters whereas Taqî al-Dîn’s six meters. Tycho’s quadrant was divided by means of transversal points so that five seconds of arc could be read on it [8]. We have no record showing whether Taqî al-Dîn knew the transversal divisions or not. Only we must make a remark that Abd al-Mun’im al ‘Âmilî (16th century), contemporary of Taqî al-Dîn, gives a picture on which the transversal divisions are obvious, in his Kitâb al-ta’lîm âlât-i zîj (see Figures 10 a-b) [9].

In the west, the mural quadrant, whose discovery had been the greatest incident in the sixteenth century was built first by Tycho Brahe and called Tychonicus, whereas this was built by Nâsir al-Dîn al Tûsî in Maragha in 13th century (see Figures 2 a-b.)

2. Azimuthal quadrant or azimuthal semicircle, predecessor of theodoilt used to determine altitudes and azimuths are founded in both observatories. In the Islamic world this instrument which was reached its perfection in Nâsir al-Dîn al Tûsî, was used since Ibn Sinâ (d. 1037) (see Figures 3, 11, 12) [10].

Small and portable quadrants, made of wood were in use in medieval times, but large and fixed ones are used later. Taqî al-Dîn and Tycho Brahe built wooden quadrants. The radius of Taqî al-Dîn’s was 4.5 meters, whereas Tycho’s was 5.5 meters (see Figures 5 a-b).

It is known that the right ascensions of the stars can be measured by taking the sidereal time elapsed between the sun or the stars. This needed very accurate clocks. When Burgi (1552-1632) was appointed the clock maker of Landgraf William IV of Hesse, the clocks were not available for this purpose. At last, he succeeded in making such a clock. Landgraf William IV of Hesse, writing to Tycho Brahe on April 14th 1586, says: “Recently the accurate longitude of Orion, Canis Minor and Major have been observed by Burgi’s clocks indicating minutes and seconds, with such accuracy that between two culminations they deviate less than one minute [11].” Tycho Brahe in his Astronomiae Instauratae Mechanica says the following, while mentioning his mural quadrant: “In order that the time of observation, and the very moment of transit over the meridian, may also be noted, the clocks mentioned are constructed in such a way that they give not only the single minutes, but also the seconds with the greatest possible accuracy, and imitating the uniform rotation of the heavens [12].”

The third group of instruments includes contemporary discoveries. Tycho Brahe and Taqî al-Dîn were not satisfied with the instruments of the previous astronomers. They made new discoveries. These are the sextant, the wooden quadrant and the astronomical clock.

Taqî al-Dîn’s mushabbaha bi’l manâtiq and Tycho Brahe’s sextant should be considered among the great achievements of the 16th century. Mushabbaha bi’l manâtiq is composed of three rulers. Two of them are attached as the rulers of the triquetrum. An arc is attached at the end of one of the rulers. This instrument is used to determine the distances between the stars [13].

In Astronomiae instauratas Mechanica, Tycho Brahe says: “I now come to the explanation of the astronomical sextant, since this is particularly suited for the determination of distances in the sky between the stars. For, having found the experience of many years that the astronomical radius by no means sufficed for the solution of the problem with reasonable certainty and accuracy, I devised, driven by necessity, some sextants of different forms which solved this problem accurately and without uncertainty” [14] (see Figures 8 a-b).

Taqî al-Dîn also made and used an observational clock. The following is said in The Astronomical Instruments for the Emperor’s Table: “The ninth instrument is an astronomical clock. The following statement recorded from Ptolemy, I could have freedom of action if I was able to measure the time precisely. Now our master Taqî al-Dîn planned the astronomical clock [15].” Thus he was able to do what Ptolemy had failed. In addition to that, in Sidrat al Muntahâ, he says: “We constructed a mechanical clock with three dials which shows the hours, the degrees and the minutes. We divided each minute into five seconds [16].”

Despite the resemblance and the parallelism between these two observatories, we can say that, in respect of the quantity of the instruments of Tycho Brahe’s observatory, it was clearly superior to Taqî al-Dîn’s. We can say that with Tycho Brahe Europe not only reached but also surpassed Islam in the field of constructing observational instruments.

[6] Images of all the instruments of Istanbul observatory ca be found in the article published by Sevim in the proceedings of The International Symposium on the Observatories in Islam (Istanbul, 1980), on pp. 39-44 (the Chief Editor).

[7] Abû Mahmûd Hâmîd ibn al Khidr al Khujandi (10th century) constructed an instrument, made of an arc of a sixty-degree of the meridian, and called it al-Suds al-Fakhri, for the measurement of the obliquity of the ecliptic. It has a radius of about twenty meters, and surpassed all previous ones in size. This arc is placed on a wall, erected on the meridian. Sevim Tekeli, “Nasiruddin, Takiyuddin ve Tycho Brahe’nin Rasat Aletlerinin mukayesesi”, Ankara Universitesi, Dil ve Tarih-Cografya Fakultesi Dergisi, vol. 16, No. 34, p. 319.

This article was first published in the proceedings of “The International Symposium on the Observatories in Islam (19-23 September 1977).” Edited by Muammer Dizer. Istanbul: Milli Egitim Basimevi, 1980, pp. 33-43. We thank Professor Sevim Tekeli and Professor Muammer Dizer for permitting us to reproduce it for the benefit of our readers.