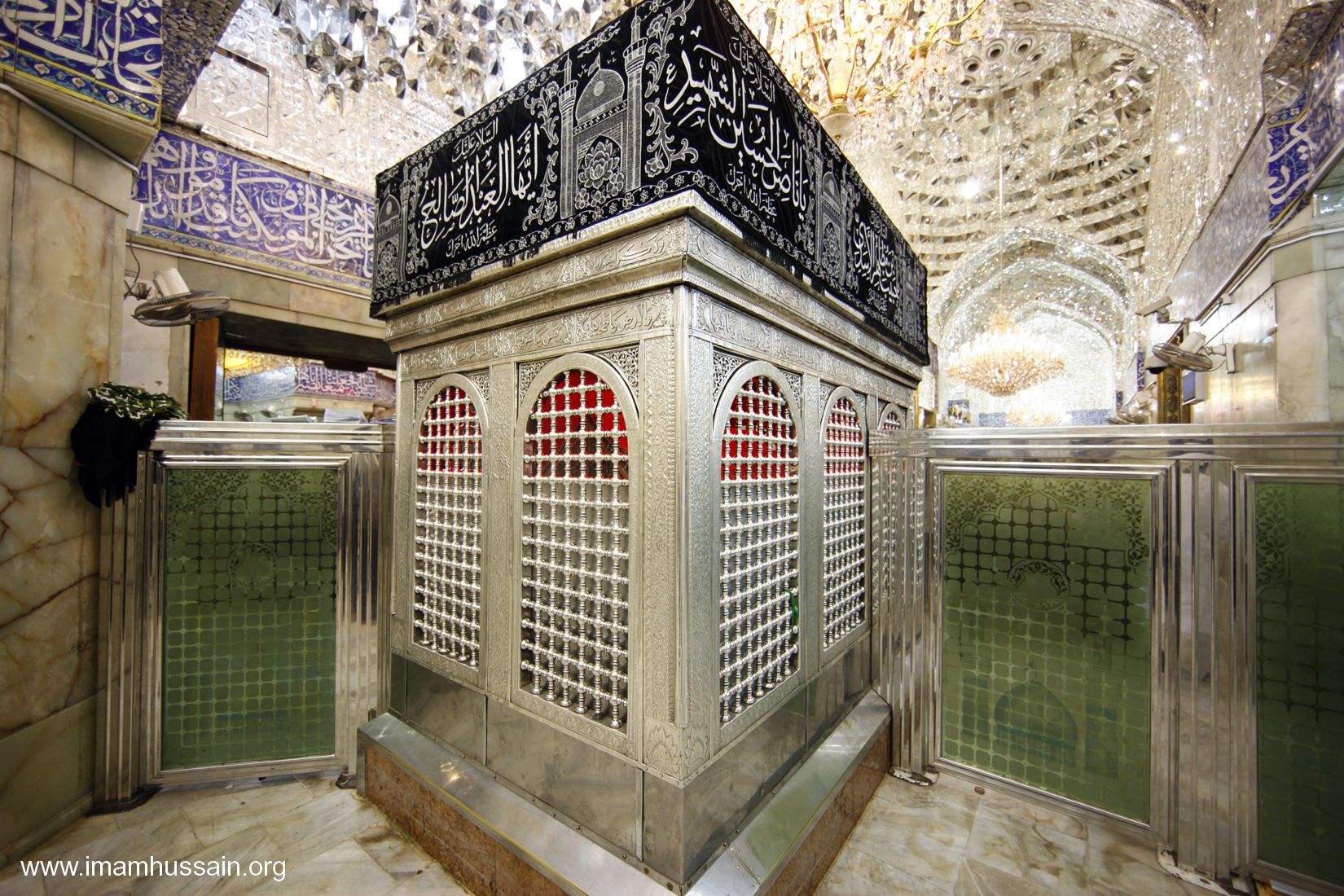 Once, the Noble Prophet (s.a.w.a.s.) was walking with one of his companions named Mazahir. He (s.a.w.a.s.) called Mazahir’s young son Habib to him and hugged and kissed him. On inquiry from Mazahir, He (s.a.w.a.s.), with tears in his eyes replied: “While walking, I noticed that Habib was behind my beloved grandson Husayn. Wherever Husayn stepped, he would pick up sand from under his feet and put it to his eyes as a respect. O’Mazahir! This Habib will come to my Husain’s aid one day.”

When Imam Ali (a.s.) became the caliph of the Muslim Ummah, he transferred the capital from Madinah to Kufa, and Habib also moved to Kufa. The first person who invited Imam Husayn (a.s.) to Kufa was Habib. As the Kufans were expecting Imam Husayn (a.s.) to come to Kufa, it is reported that Ubaidullah ibn Ziad entered Kufa after completely covering his entire body and deceived the people. But once inside the city, he showed his true identity. He mercilessly killed Hazrat Muslim ibn Aqeel (a.s.) and started the reign of terror, sealed-off the city of Kufa so that nobody could enter or leave the city without Ubaidullah bin Ziad’s permission. Even Imam Husayn (a.s.)’s messenger, Qays bin Mushir, was killed by throwing him from the roof-top three times. Which Islamic law requires such brutal treatment to an innocent Muslim!

Habib was heart-broken not knowing the whereabouts of Imam Husayn (a.s.). Imam Husayn (a.s.) was already in Karbala. He wrote a letter to his childhood friend, Habib explaining how Yazid’s vultures were gathering to kill him. His messenger reached Kufa at night and entered the city by climbing its wall and delivered the message to Habib.

Habib kissed the letter and tears started rolling on his cheeks. His wife inquired whose letter it was. Habib replied and said: “Who would have thought the people would be so thirsty for the blood of the grandson of the Noble Prophet (s.a.w.a.s.) whose name they utter in every Azaan and in every Salaat.” Habib’s wife said: “Habib, your childhood friend has called. Your master needs your help. What are you waiting for? Go Habib, before it is too late.” Habib’s slave also wanted to sacrifice his life for the King of Martyrs, Imam Husayn (a.s.). They both secretly left for Karbala.

In Karbala, Imam Husayn (a.s.) was distributing the weapons to all the Mujahedin. There was one spear left, and someone asked: “O’ Son of the Noble Prophet (s.a.w.a.s.)! Who is the last spear for?”

Imam Husayn (a.s.) replied: “This is for my childhood friend Habib.” Just then, Habib was walking towards the Imam’s camp. Imam Husayn (a.s.) ran forward to greet him with great affection. On hearing the arrival of Habib, Sayyidah Zaynab (s.a.) sent her salaam to him through Fizzah. Habib sobbed after hearing this and said: “How fortunate are the companions of Imam Husayn (a.s.) that the daughter of Fatima Zahra should honor them with greetings”

Between Zohar and Asr time, Habib ibn Mazahir came to Imam Husayn (a.s.) and said: “My Master, Husayn, allow me to go to the battlefield. Let me sacrifice my life for Islam.”

“Habib, my childhood friend, stay with me. You give comfort to me, my friend.”

Habib persisted with his request. Eventually, Imam Husayn (a.s.) gave his permission. Imam Husayn (a.s.) mounted his friend, Habib, on the horse. Habib ibn Mazahir rode into the battlefield. He fought bravely but was finally over-powered. He fell to the ground.

Imam Husayn (a.s.) rushed towards him. Habib looked at the Imam and said: “O’ the grandson of the Noble Prophet (s.a.w.a.s.), please forgive this humble servant for not being able to more than his unworthy life to you and Islam.” Imam Husayn (a.s.) took Habib in his arms and cried: “O’my friend O’my friend.” Habib died resting his head on Imam Husayn (a.s.)’s shoulder

Later, Habib’s head was cut-off along with other martyrs, but his head was not raised on the spears but was tied to a horse and pulled along the land of Karbala.

1- “If I narrated from the messenger of Allah peace be upon him, I would rather fall from the sky than attribute to him something he didn’t say.” Al-Bukhari (3611) 2- “My favorite words by a servant to Allah are: ‘O’ Allah, there is no god but you. O’ Allah, I worship none but you. […]

This is one of the most convincing things about Islam – the treatment of women in general and especially the high position mothers hold in Islam. Amongst the clearest examples of Islam’s honoring women is the great status of the mother in Islam. Islam commands kindness, respect and obedience to parents and specifically emphasizes and […]

The Book on Public Finance, by Abu `Ubayd Al-Harawi

The author Abu `Ubayd al-Qasim b. Salam was born in Herat (cerea 174 A.H. (770 A.D.) where he completed his early education. He then studied in Kufa, Basra and Baghdad and excelled in Hadith, Fiqh, Arabic Language, Grammar and Literature. After returning to his home country, he was appointed Qadi of Tarsus in Cilicia where […]

8 hadiths regarding The Mahdi Alahissalam