Abdul Rahman Baba (1650–1715) (Pashto: عبدالرحمان بابا‎; popularly Rahman Baba, Pashto: رحمان بابا‎), was a Pashtun poet from Peshawar in the Mughal Empire (modern-day Pakistan). He remains the most popular poet among the Pashtuns in Afghanistan and Pakistan.[1] His poetry expresses a peaceful mystical side of local culture which is becoming increasingly threatened by less tolerant interpretations of Islam.

Rahman was a member of the Khalil Mohmand (Bahader Kalay) sub-tribe of the Pashtuns, a group which originally migrated from Kandahar to the Peshawar valley, from the 13th to the 16th century. He grew up in a small pocket of Mohmand settlers on the outskirts of Peshawar. Rahman apparently lived peacefully in the area, and never mentions his involvement in the fierce inter-tribal conflicts of his day.

Opinion is divided about Rahman’s family background. Several commentators are convinced that his family were village Maliks (chieftains). However, Rahman Baba was more likely to have been a simple, though learned man. As he himself claimed: “Though the wealthy drink water from a golden cup, I prefer this clay bowl of mine.”

Abdur Rahman Baba died in 1715 CE, and his tomb is housed in a large domed shrine, or mazar, on the southern outskirts of Peshawar (Ring Road Hazar Khwani). The site of his grave is a popular place for poets and mystics to collect to recite his popular poetry. In April each year, there is a larger gathering to celebrate his anniversary.

Rahman Baba was an ascetic but various unfounded theories have been made about who Rahman’s guide may have been, and to which order he was attached. Sabir suggests that Rahman had a Naqshbandi Sufi tariqa initiation in Kohat, as well as training from the sons of Pir Baba. Schimmel and Saad Ahmed Baksh casually assign Rahman to the Chishti order. Aqab, himself of the Qadiriyyah order, claims Rahman was a Qadiri.

A collection of Rahman’s poetry, called the Diwan (Anthology) of Rahman Baba, contains 343 poems, most of which are written in his native Pashto. The Diwan of Rahman Baba was in wide circulation by 1728. There are over 25 original hand-written manuscripts of the Diwan scattered in various libraries worldwide, including ten in the Pashto Academy in Peshawar, four in the British Library, three in the Bibliothèque Nationale in Paris, as well as copies in the John Rylands Library in Manchester, the Bodleian Library in Oxford and the University Library Aligath. The first printed version was collected by the Anglican Missionary T.P. Hughes and printed in Lahore in 1877. It is this version which remains the most commonly used to this day.

About 111 verses were translated into English Rhyme and published by Arbab Hidayatullah, himself a Ghoriakhel Mohmand, in 2009. The original Pashto version has been transliterated into the Roman alphabet in order to make it easier to read for those who can not read the Pashto alphabet. This translation, with a tilt to the romantic side of Rahman Baba’s poetry, has been very well received. 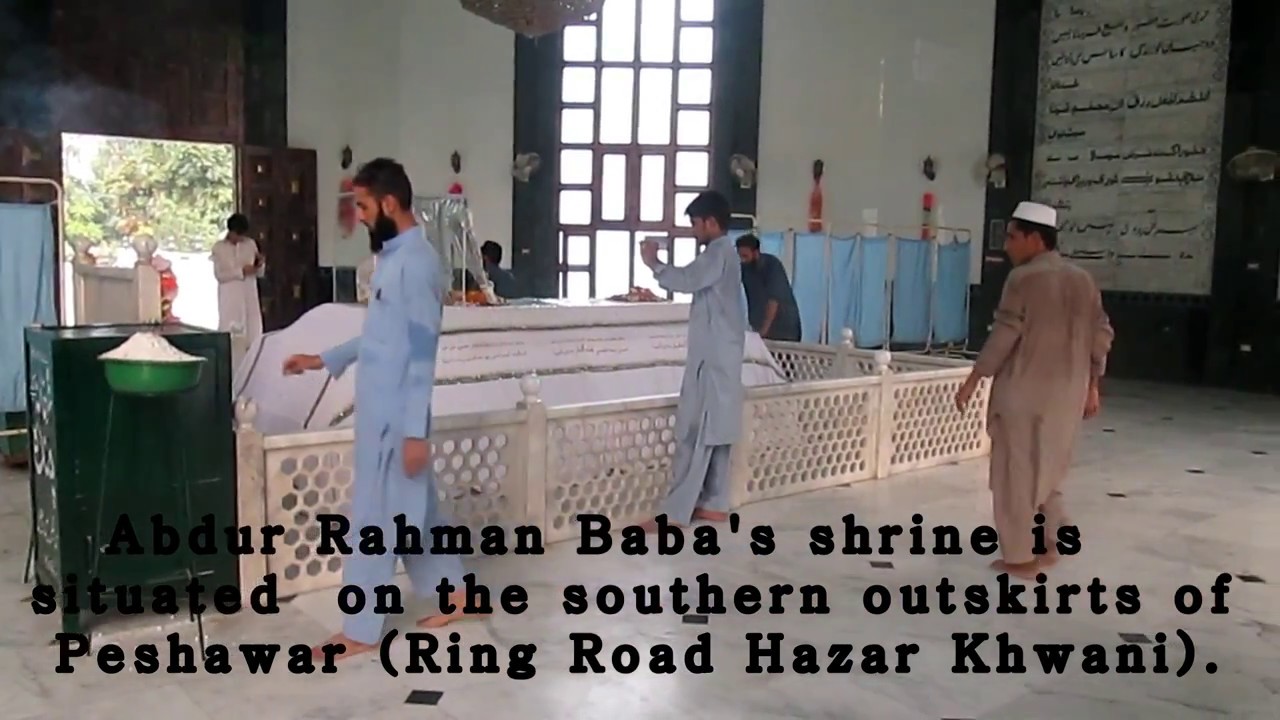