Maytham was a non-Arab, and because he was the slave of an Asadi woman, he was ascribed to the tribe of Bani Asad.[1] Later, he was bought and then freed by Imam ‘Ali (a) . When Imam ‘Ali (a) asked him his name, he answered: “Salim”. Imam ‘Ali (a) said, “The Prophet informed me that your Persian parents named you Maytham.” Imam ‘Ali (a) then asked him to return to the name which the Prophet called him and he accepted, and was therefore called Abu Salim. His other title was Abu Salih.[2]

Maytham was a date-seller in the bazaar of Kufa; therefore, he was given the title of “al-Tammar”, “seller of dates”.[3] There are also a few accounts that he was a melon-seller in “Dar al-Rizq” (probably the name of a locality in Kufa).[4]

Maytham was a companion of Imam ‘Ali (a), Imam al-Hasan (a) and Imam al-Husayn (a),[5] but he is best known as a devout follower of Imam ‘Ali (a).[6] He was a devoted and sincere lover of the Prophet (s) and his household (a), and they were also affectionate towards him.[7] As reported by Umm Salama, the Prophet (s) praised Maytham many times during his life.[8]

Maytham received great spiritual knowledge from the Ahl al-Bayt (a). Imam ‘Ali (a) taught him the secrets of succession and informed him of unseen matters.[9]

His sons, Salih, Shu’ayb and Hamzah, followed their father in being loyal partisans of the Ahl al-Bayt (a) . His grandchildren were among the companions of the Imams and narrators of hadith.[10] One of his descendants, Ali b. Isma’il b. Shu’ayb b. Maytham, became a great Shi’a theologian and wrote some early theological books.[11]

Maytham foretold the death of Mu’awiya,[12] the martyrdom of Imam al-Husayn (a),[13] his own execution and the release of Mukhtar b. Abi ‘Ubayd al-Thaqafi from prison.[14]

Maytham wrote a commentary of the Qur’an from what he had learned from Imam ‘Ali (a) .[15] According to one account, Maytham told Ibn ‘Abbas that Imam Ali (a) had taught him the knowledge of Ta’wil (hidden meaning of the Qur’an). He asked Ibn ‘Abbas to ask him any question about the interpretation of the Qur’an, and Ibn ‘Abbas questioned him and wrote down his answers. When Maytham foretold the story of his own martyrdom, Ibn ‘Abbas became suspicious about him and decided to destroy the writings. Maytham asked him not to do that and said, “Keep yourself from doing that until my prophecy is fulfilled; if it does not happen, destroy my interpretations”.[16]

Maytham is also said to have compiled a hadith collection from which his descendants narrated. Some of these narrations are available in references.[17] These narrations are about love and hatred towards Ahl al-Bayt (a), the precedence of Kufa Mosque over Bayt al-Maqdis, the hatred of hypocrites towards Imam ‘Ali (a), the four-time confession of fornication and its penalty and other stories about the judgments of Imam ‘Ali (a).[18]

Maytham was an outspoken and eloquent speaker who astonished even Ibn Ziyad with his words.[19] His speeches against the Ummayad caliphate made him famous for his hatred of injustice.

Imam ‘Ali (a) and Maytham al-Tammar

He was a member of Shurta al-Khamis (the especial Guards of Imam ‘Ali (a) ), who pledged themselves to fight with Imam ‘Ali (a) in all battles and support him in all hardships.[20]

While cursing Imam ‘Ali (a) and his partisans, Mu’awiya also cursed Maytham.[22]

Imam ‘Ali (a) had promised Maytham a high level in paradise beside himself for his resistance against the governor of Kufa, ‘Ubayd Allah b. Ziyad. The Imam had also informed Maytham of his martyrdom, the name of his killer and the story of his execution on a palm tree. He even showed him the exact tree on which he was going to be hung. It is reported that Maytham prayed beside that tree and talked to it. He told the story of his martyrdom to his friends, but once when he told Habib b. Mazahir in front of others, people began to mock him.[26] 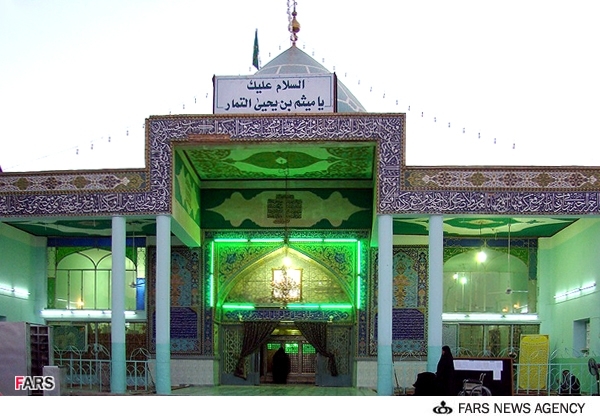 There are two different accounts about his arrest and execution.

According to the first account, the governor of Kufa, Ibn Ziyad, was ordered by Yazid, the Ummayad caliph, to arrest Maytham and execute him.[27] Ibn Ziyad then asked the chief of Maytham’s tribe to surrender Maytham or be killed. Maytham was arrested on his way back from Mecca to Kufa, probably in Qadisiyya. In the prison of Kufa, he met Mukhtar al-Thaqafi and foretold Mukhtar’s release from prison.[28]

According to the second account, Maytham, along with some businessmen from Kufa, went to Ibn Ziyad to protest the injustice of his agent in the bazaar. There, ‘Amr b. Hurayth, the commander of the Kufa army, called Maytham a liar and a partisan of the liar (meaning Imam ‘Ali (a) ). In response, Maytham called himself a truthful partisan of the truthful one. Ibn Ziyad then ordered Maytham to curse Imam ‘Ali (a) and praise Uthman b. ‘Affan and threatened to cut off his arms and legs if he didn’t. Maytham chose martyrdom. He told Ibn Ziyad that Imam ‘Ali (a) had said Ibn Ziyad would cut off his tongue. Ibn Ziyad wanted to prove the words Imam ‘Ali (a)to be wrong; therefore, he ordered the cutting of Maytham’s arms and legs only, and hung him beside the house of ‘Amr b. Hurayth.

After being hung, Maytham miraculously called people loudly to gather around him and listen to some narrations from Imam ‘Ali (a). He then talked about the virtues of Bani Hashim and the evil of the Umayyads.

When Ibn Ziyad was informed of this, he ordered a leash to be put on his mouth. Maytham was the first martyr to be leashed in Islam.[29] According to other reports, Ibn Hurayth suggested cutting his tongue, and Maytham reminded people of Imam ‘Ali’s prediction. His tongue was then cut off by an agent of Ibn Ziyad.[30] 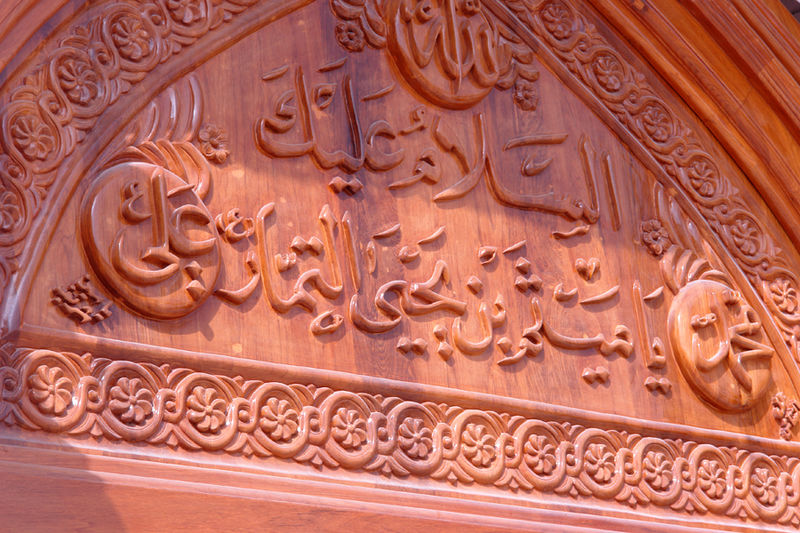 Portal of tomb of Maytham al-Tammar

Some sources report that after being hung, he was struck by a spear in his stomach, and said, “Allah-u Akbar”, before blood gushed out from his mouth and nose. He passed away in Dhu l-Hijja 60/September 680, before the arrival of Imam al-Husayn (a) in Iraq.[31]

Under the orders of Ibn Ziyad, Maytham’s body was left hanging for a few days. Finally, some date sellers stole his corpse and buried him in the lands of the Murad tribe.[32] 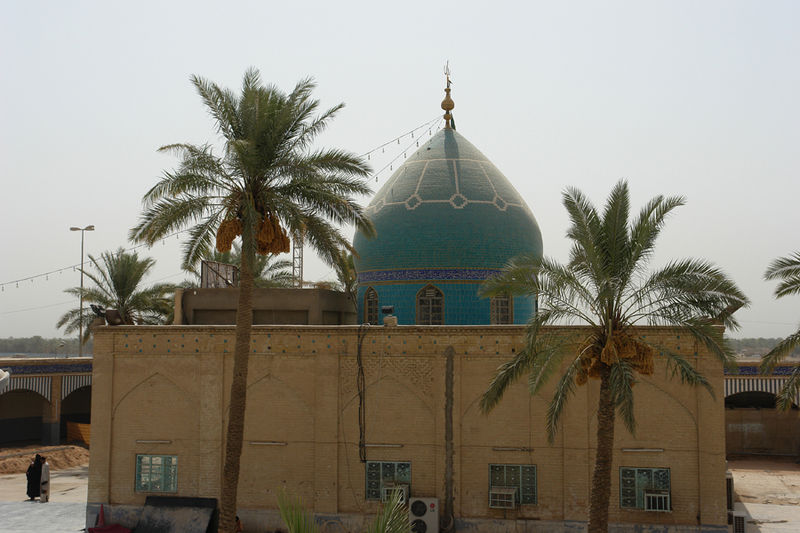 Meesam-e-Tammar was a slave belonging to a woman of Bani Asad. Imam Ali (as) purchased this slave from the woman and set him free in the way of Allah (SWT). He used to sell dates in Kufa Market and on this account he was known as Meesam-e-Tammar.

Imam Ali (as) asked Meesam: “What is your name”? “Saalim”, he replied.

Imam Ali (as) said: “Prophet Muhammad (saw) has told me that the Iranians call you Meesam.”

Meesam was astonished because no one knew his real name. So, he said: “Allah (SWT) and His prophet are truthful.” Since that day, Meesam had not left Imam Ali (as).

Meesam-e-Tammar was a man of high character and a true lover of Allah (SWT), Prophet Muhammad (saw) and his Ahlul Bayt (as). He lived a simple life. Two things grew in his heart: faith in Islam and love for Imam Ali (as). Imam Ali (as) taught him that Islam was the only way to freedom.

Meesam-e-Tammar used to take lessons from Imam Ali (as) and Imam Ali (as) acquainted him with a good many secrets of the faith. Imam Ali (as) taught him many branches of knowledge which included ilm-e-Manaya wal Balaya (the knowledge of death and future calamities) and ilm-e-Taweel (Interpretation and exegesis of Glorious Qur’an). At times with the permission of his master, Meesam-e-Tammar used to acquaint the public about the deep secrets learnt by him. At times on account of the frank speech of Meesam-e-Tammar people used to think that Meesam had lost his head. They could hardly understand the depth of his words.

After getting this information, it is recorded in history that, Meesam-e-Tammar used to go to the palm-tree until it was cut down, and then he looked after its trunks pointed out by Imam Ali (as), clean the place and water the trunk and offer prayers saying, “Oh tree! You are for me and I am for you. Meesam-e-Tammar had visited the palm-tree for more than twenty years.

Meesam-e-Tammar would go to Amr ibn Huraith and say, “I will be your neigbour, thus fulfill the rights of neighborhood well.” Amr ibn Huraith would not understand his meaning and would ask, “Do you intend buying the house of Ibne Mas’ood or Ibne Hakeem”? Meesam kept silent. Amr ibn Huraith was puzzled. He wondered: What does Meesam mean?

Months and years passed by, Imam Ali (as) was martyred then Imam Hassan (as) was martyred and Meesam-e-Tammar kept waiting for the time. Finally came 60 AH when Ubaidullah ibn Ziyad was appointed Governor of Kufa, Iraq.

Meesam-e-Tammar replied, “Yes, he informed me that I would be hanged and that my tongue would be cut.” Ubaidullah ibn Ziyad sent a roar of laughter and said, “I will see that your master did not tell you the truth (Naus billah). I will see that his prophecy is belied.” Meesam-e-Tammar said, “My master’s words are true because he got that information from Allah (SWT). Prophet Muhammad (saw) was informed by Gabriel (Jibril) and Gabriel came with the message of Allah (SWT).”
O Commander of the faithful! By Allah (SWT)! I shall never disassociate myself from you. Meesam-e-Tammar
Ubaidullah ibn Ziyad ordered Meesam to be jailed. Meesam, al-Mukhtar al-Thaqafy, and Abdullah bin al-Harith were in the same prison.Imam Hussain (as) died a martyr for Islam. The prisoners felt pain for him.

Al-Mukhtar said to his two friends: “Be ready to meet Allah (SWT)! After Imam Hussain’s killing, Ubaidullah ibn Ziyad will kill the Imam Hussain’s (as) supporters.”

Abdullah bin al-Harith said: “Yes, he will kill us sooner or later.”

Meesam said: “No, he won’t kill you. My master, Imam Ali (as) has told me that you (al-Mukhtar) will get revenge of Imam Hussain’s killers. And you will kick Ubaidullah ibn Ziyad’s head with your foot.”

When Ubaidullah ibn Ziyad called for al-Mukhtar to be killed, a message arrived from Yazid ordering him to free al-Mukhtar. He released him and ordered Meesam to be crucified.

Meesam-e-Tammar was brought to the same tree to be hanged as pointed out by Imam Ali (as). Meesam began singing the praises of his master, and about a thousand people gathered to see Meesam being hanged.

Amr ibn Huraith saw Meesam. Amr ibn Huraith remembered Meesam’s words: “I’ll be you neighbour. Treat me kindly.” So, Amr ibn Huraith ordered one of his daughters to sweep the ground around the palm trunk. He also ordered her to splash it with water.

A person looked at Meesam and said: “Disown Ali to save your soul.”

Meesam said with a smile. “By Allah (SWT), this palm trunk has been created for me! And I’ve been created for it.” Thus, the people knew the secret of Meesam’s visit to the palm-tree throughout the long years.

Six years passed. Al-Mukhtar announced his revolution in Kufa to avenge the massacre of Karbala. His army met Ubaidullah ibn Ziyad on Riverbank.

Today, the visitor leaves the Holy Najaf City. He goes to see Kufa ruins. On the way he sees a beautiful dome. The dome decorates Meesam’s shrine. 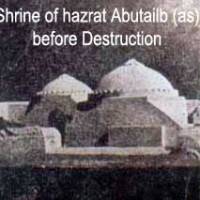 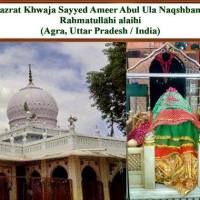 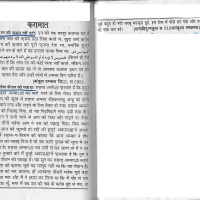 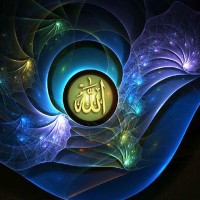