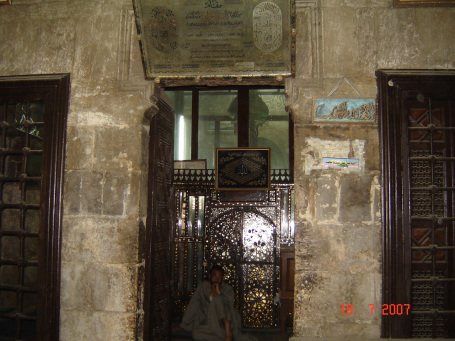 He is the sheikh and imam Abu al-Mawahib Abdul Wahhab Ibn Ahmed Ibn Ali al-Sha’rani, born in the village Saqiyat Abu Sha’ra in al-Munufiyya, hence the appellation. His grandfather, who established a zawiya in the village for learning, settled down there after migrating from Upper Egypt.

al-Sha’rani’s family was originally from Tilmisan. They moved to Upper Egypt based on a prophecy of the sufi imam Abu Madayn al-Maghraby. They later left Upper Egypt for al-Munufiyya.

Born in 898 AH and orphaned with no companion or guide save Allah, al-Sha’rani traveled to Cairo in 910 AH. In Cairo, he lodged in Abu al-‘Abbas al-Ghamry Mosque where he remained for seventeen years acquiring and teaching knowledge and devoting himself to worship. From his first day in Cairo, he met with outstanding scholars such as Jalal al-Deen al-Suyuti, Zakariyya al-Ansari, Naser al-Deen al-Laqqani, al-Ramly, and al-Samanudi. He studied under them Islamic sciences, Arabic language, usul (tenets of faith), fiqh (jurisprudence), tasawwuf (Sufism), hadith (prophetic traditions), tafsir (Qur’anic exegesis), and literature until he became a great and copious scholar. He later focused his interests on the spiritual paths pursued by sufis and frequented sufi sheikhs. Allah granted him success at the hands of Aly al-Khawas through whom he attained success and became the greatest imam in both knowledge and perceptibility. He frequently reiterated the words of Zakariyya al-Ansari who said, “If a scholar is not knowledgeable of the conditions and terminology of a community, he is indeed a dry scholar” and “Belief is distinction and criticism is deprivation.” He also reiterated the words of Sheikh Mohammed al-Maghraby al-Shadhily who said, “Seek the path of the elite even if they are few and beware of following the path of those who are ignorant of them even if they are many. It suffices enough honor to be knowledgeable of those who follow the words of our master Musa, peace be upon him, who told al-Khidr, “May I follow you so that you teach me of the knowledge you have been taught?” This verse comprises the greatest proof for the obligation to seek knowledge of truth and the obligation to learn Islamic law.

al-Sha’rani was a true scholar. He was active in calling to the way of Allah the Almighty. He established a zawiya where students of esoteric and exoteric sciences could meet. al-Sha’rani’s zawiya became the minaret of Islamic knowledge, the meeting place of scholars, a pulpit for calling and guiding to the way of Allah, an arena for dhikr (making remembrance of Allah) and worship, a workroom for aspirants, and lodgings for those pursuing the spiritual path.

al-Sha’rani maintained that the deplorable condition of Sufism at his time is what drove him to write these books. He lamented the luminary sheikhs who died because their departure meant the end of the sanctity of the spiritual path and its followers. Consequently, sufis were ridiculed and people mocked them, belying their claims to abandoning the love for this world and its desires and pleasures.

al-Sha’rani’s methodology is that of ahl al-sunna who unanimously agree on the obligation interpreting the hadiths (prophetic reports) on the attributes of Allah such as the hadith “Allah descends to the lowest heaven” and the words of Allah the Almighty, “The Most Gracious is firmly established on the Throne”. He also maintained that the words of those who maintain that Allah is in the heart of gnostics are to be ignored and the right thing to say is that the cognizance of Allah is in the hearts of gnostics. This is substantiated by the hadith, “The heart of My believing servant encompasses me” i.e. it encompasses knowledge of Allah though He is exalted above containment. It is likewise obligatory to avoid abusing time since verily Allah is time.

al-Sha’rani defended Ibn ‘Arabi and expounded what he meant by the following:

al-Sha’rani’s book al-Minan is one of the best and most noble books on ethics expounding the characteristics of Islamic ethics. His book Lawa`ih al-Anwar al-Qudsiyya fi Bayan al-‘Uhud al-Muhammadiyya  is an exposition of his tenets that can be regarded as a guiding light for sufis and a living example of ethics by considering the Prophet ﷺ the ultimate model for every Muslim. In his introduction to the book, al-Sha’rani said, “This is a unprecedented and valuable book. The competition I witnessed between fellow brothers over what they lack in this world was the motive behind the writing of this book. I have not seen anyone search for what they miss of matters relating to their religion.”  The same motive drove him to write al-Anwar al-Qudsiyya whose aim was to exposit sufi methodologies and the relationship tying the sheikh to his disciple and ethics in general.

In the book, al-Tabaqat, al-Sha’rani exposes charlatans and impostors claiming to be sufis. He perceived their evil and criticized them through revealing their ignorance, goals, and vulgarity. It is due to this stand towards pseudo-sufis that readers of the book are shocked by al-Sha’rani’s inclusion of them under the biographies of our righteous predecessors. His aim, however, was to allow the reader to compare between the former and the latter.

His books Tanbih al-Mughtareen, al- Minan al-Kubra , al-Anwar al-Qudsiyya , and Qawa’id al-Sufiyya all aim to expound exemplary sufi ethics. al-Shaikh al-Sha’rani was a religious and social reformer who called upon true sufis to work and attain a craft through which they could earn their living to avoid joblessness. He criticized the scholars who attain vast knowledge but do not practice what they learn and who do not promote virtue and prevent vice.

Sheikh al-Sha’rani died in 973 AH. His last words were, “I am going to my Lord, the Merciful, the Munificent.” 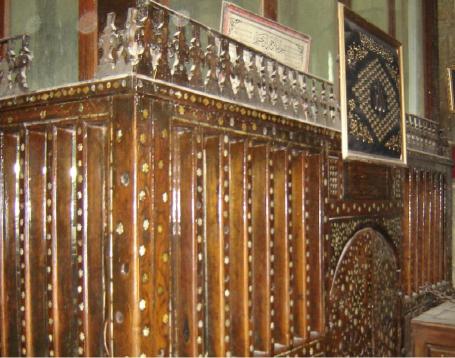 Imam Sharani was one of the great awliya of Egypt and an imam of Islamic law of the Shafii School. His given name was Abdulwahhab. He was born in 1491 AD (898 AH). He was descended from the Prophet Muhammad (PBUH).

Imam Sharani began his academic life in Cairo while he was still very young. He was intelligent and hardworking. He memorized the Qur’an by the age of seven. He also memorized most of the books he studied in his lessons.

Sharani frequented the circles of knowledge and took lessons from various imams. Later he added a complete list of the great imams whose knowledge he had benefited from, at the end of his book Tabaqat. With that he in a sense showed his faithfulness to his teachers.

Sharani became competent in knowledge of hadith and Islamic law at a young age. Ali al-Hawas and Sayyed Ibrahim ed-Dusuki were among his famous teachers.

When it was asked of him how he entered the path of Sufism and how he proceeded, and who brought him to it, he answered, “I initially learned the way of Sufism from Khidr, alayhi’s-salam and my master Ali al-Hawas. First I firmly believed in and submitted to them. I did whatever they commanded. I struggled against my soul for years; and disciplined it by doing the things it did not want to do. I did so to the extent that I used to tie a rope to the ceiling of my room, put it around my neck, and worship my Lord. When I felt sleepy, I wanted to lie down; but the rope around my neck prevented me, so I had to continue the worship. As I avoided the prohibited (haram), I also left what was superfluous of the permissible (mubah). When I had nothing to eat, I did not want anything from anyone, but instead I ate grass. I did not even pass by the shadows of the governors’ mansions and the houses of the Sultan’s men; I used to change my direction. I obeyed the commands and prohibitions of the religion as much as I could. And Allah (SWT) bestowed upon me the pleasure of performing acts of worship.” (Al-Mizan al-Kubra)

Allah bestowed upon Imam Sharani many spiritual bounties. Some of them are as follows:

“O my Lord Who gives the sustenance of the inanimate, the animal, the plant and everything! O You, Who never forgets to give food to the creatures, and Who never stops giving bounties even to the ones who rebel! You are exalted above any imperfection and defect,” recited a fish in an ocean.

The ones who spoke out against Imam Sharani were warned in their dreams, and they stopped being against him.

Imam Sharani, an heir of our Prophet regarding the science of exterior (ilm az-zahir) and the science of interior (ilm al-batin), raised many students. His madrasa (school) was as busy as a beehive. Students came in huge numbers from all around the district, and they studied hard to benefit from Imam Sharani’s knowledge. He taught his students both ilm az-zahir and ilm al-batin. His typical characteristic was that he used to compare similar aspects of the Islamic schools of law, and that he used to narrate many hadiths about the End Times, the Doomsday and Mahdi.

One of the scholars of the last period of the Ottomans, Manastirli Ismail Hakki, said the following about Imam Sharani and his works: “This person was a marvellous scholar like Imam Ghazali, and he had uncommonly deep knowledge in the science of exterior and interior. Many of his unique works were published in Egypt. All of them have been admired by the great scholars. However, especially his books Mizan al-Kubra, Lataif al-Minan, and Al-Yawaqit wal Jawaher are worth giving one’s life for”.

Imam Sharani wrote more than 300 books. The most valuable of them is “Mizan al-Kubra” which comprises the knowledge of all the four Islamic schools of law. Another precious book is “Tabakat al-Kubra”. This is a valuable book which includes the manners, wonders and words of more than four hundred great scholars and saints beginning from Asr al-Sa’adah (the Age of Bliss).

Imam Sharani foretold that the Ottoman Sultan Selim the Grim would conquer Egypt and spoke in praise of him. Imam Sharani passed away in Egypt in 1566 leaving behind hundreds of books and thousands of students.

May Allah keep us in the path of those blessed imams!