Al-Battānī, known by his Latinized name Albategnius or sometimes referred as Albatenius or Albategni, was an Arab astronomer and mathematician born in 858 C.E. in Harran, a state of Battan in modern-day Turkey. His full name was Abu Abdallah Mohammad ibn Jabir ibn Sinan al-Raqqi al-Harrani al-Sabi al-Battani. He is often regarded as one of the greatest astronomers of Islam and his discoveries to astronomy and trigonometry played a considerable role in the advancement of science in the Middle Ages.

Al-Battani used to live amongst the community of the Sabian sect, who were the worshippers of the religious star called Harran. This led to a motivation for the community to study astrology and astronomy. The Sabians have produced great astronomers and mathematicians, such as the notable scientist Thabit ibn Qurra. At first Al-Battani was educated by his father, Jabir ibn Sinan, who was also a famous scientist and a skilled instrument maker in Harran. He then received further education in ar-Raqqah in Syria.

Al-Battani made remarkably accurate astronomical observations at Antioch and ar-Raqqah in Syria. The town of ar-Raqqah, where most of al-Battani’s observations were made, became prosperous when Caliph Harun al-Rashid built several palaces there.

What were Al-Battani’s major work and achievements?

Al-Battani’s greatest fame came in Mathematics with the use of trigonometric ratios that are also used today. He used trigonometrical methods instead of geometrical methods, which was used by Ptolemy, and so was the first to replace the use of Greek chords by Sines. The concept of Cotangent was also introduced by him and he furnished their tables in degrees.

Joseph Hell, a Hungarian inventor and engineer, remarked that “in the domain of trigonometry the theory of Sine, Cosine and tangent is an heirloom of the Arabs.” This is because the development of trigonometry and an understanding of the stars played a significant role in the lives of the Muslims, who were then able to calculate their exact position on Earth and pray in the direction of Mecca.

He also catalogued 489 stars and calculated the length of the solar year as 365 days, 5 hours, 48 minutes and 24 seconds, which was only minutes off the length later calculated using telescopes and atomic clocks. It was Al-Battani who had proven the possibility of annular eclipses of the Sun as well as total eclipses by showing that the furthest distance of the Earth from the Sun varies.

His notable book, Kitab az-Zij (Book of Astronomical tables) was translated into Latin by the name De Motu Stellarum (On the Motion of the Stars) by Plato of Tivoli in 1116, and appeared in 1537 and again in 1645. Al-Battani’s work had a major influence on scientists such as Tycho Brahe, Kepler, Galileo and Copernicus. In fact, Copernicus in his book De Revolutionibus Orbium Clestium expresses his indebtedness to Al-Battani since the latter was able to produce more accurate measurements of the motion of the Sun than Copernicus himself.

It is also worth noting that the trigonometric methods introduced back then even serve as the basis of how GPS systems work today.

Al-Battani’s contributions to science has been truly remarkable and to recognize his efforts, NASA has named a crater on the Moon after him by the name of Crater Albategnius. 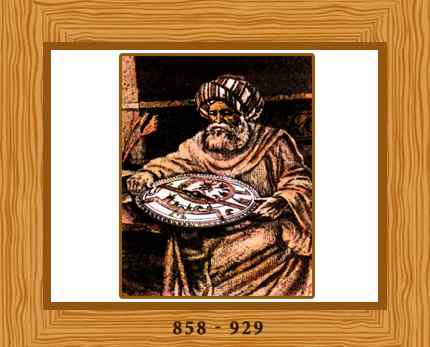 Al-Battani’s father was Jabir ibn Sinan al-Harrani who had a high reputation as an instrument maker in Harran. The name makes the identification certain that al-Battani himself was skilled in making astronomical instruments and there is a good indication that he learnt these skills from his father.

Abdallah Muhammad Ibn Jabir Ibn Sinan al-Battani al-Harrani was born around 858 C.E. in Harran. Battani was first educated by his father Jabir Ibn San’an al-Battani, who also was a well-known scientist. He then moved to Raqqa, situated on the bank of the Euphrates, where he received an advanced education and later on flourished as a scholar. At the beginning of the 9th century, he migrated to Samarra, where he worked till the end of his life. His family had been members of the Sabian sect, a religious sect of star worshippers from Harran. Being worshipers of the stars meant that the Sabians had a strong motivation for the study of astronomy. Al-Battani, unlike Thabit, another mathematician from his home town, was not a believer in the Sabian religion. His name “Abu Abdallah Mohammad” indicates that he was certainly a Muslim.

Al-Battani made remarkably accurate astronomical observations at Antioch and ar-Raqqah in Syria. The town of ar-Raqqah, where most of al-Battani’s observations were made, became prosperous when Caliph Harun al-Rashid built several palaces there.

The Fihrist, who wrote a tenth-century survey of Muslim culture, describes al-Battani as one of the most famous observers and a leader in geometry, theoretical and practical astronomy, and astrology. He composed work on astronomy, with tables, containing his own observations of the sun and moon and a more accurate description of their motions than that given in Ptolemy’s “Almagest”.

The main achievements of al-Battani’s are:

• He refined the existing values for the length of the year, which he gave as 365 days 5 hours 46 minutes 24 seconds, and of the seasons.

• He calculated 54.5″ per year for the precession of the equinoxes and obtained the value of 23° 35′ for the inclination of the ecliptic.

Rather than using geometrical methods, as other scientists had done, al-Battani used trigonometric methods which were an important advancement. Al-Battani showed that the farthest distance of the Sun from the Earth varies and, as a result, annular eclipses of the Sun are possible as well as total eclipses. Al-Battani is important in the development of science for a number of reasons, but one of these must be the large influence his work had on scientists such as Tycho Brahe, Kepler, Galileo and Copernicus.

Historians all agree that Al-Battani passed away in 317 H. /929 A.D., near the city of Moussul in Iraq. He was regarded as one of the most famous Arab astronomers. He dedicated all his life until his death to the observation of planets and stars.