Name and Lineage: His genealogy is like that “Syed Ghulam Mohiuddin son of Hazrat Peer Syed Mehar Ali Shah Golarvi son of Syed Nazr Deen Shah.” He was known as the title of ‘Babu Ji’.

Date of Birth: He was born in Golra Sharif in 1308 AH/ December 1891 A.D. Whilst expressing happiness, Peer Syed Mehar Ali Shah said on the occasion of his birthday, “I am happy for that a soul of the reciter of the Almighty Allah’s name came in our home.”

Acquisition of Knowledge: The renowned Scholars were appointed for his training, he gained the benefits in the knowledge of Tajweed from Qari Abdur Rahman Jaunpuri. He procured and completed the Islamic sciences from Hazrat Maulana Muhammad Ghazi and his respected father Hazrat Peer Syed Mehar Ali Shah علیھم الرّحمۃ.The favorable attention and spiritual training of respected father made him “Son of Tariqat and Shariat” in a short time.

Allegiance and Caliphate (Khilafat):   After completion of the intellectual and spiritual knowledge, Hazrat Golarvi granted him the caliphate (khilafat) and permission but he did not prepare to make Murid (spiritual disciple) to anyone. Even that Hazrat Peer Syed Mehar Ali Shah علیھم الرّحمۃ said, “Who will make the disciple on his hand, then I am the responsible for him.” (Mehr-e-Muneer, P. 368)   Character and Peculiarities: Hazrat Shah Ghulam Mohiuddinرحمۃ اللہ تعالٰی علیہ  spent his day and night in the remembrance of Almighty Allah and thought. He remained in the state of Wudu (ablution) all the time. He offered all the prayers in the first row of congregation. He was engaged in the incantations during walking or moving. He was the great generous and beneficent. To support the widows, orphans, needy people and friends was his peculiarity and to help the religious Madaaris, religious organizations, associations and distressed people was his way of life and all these works he performed in the confidential and secret ways. He was the inherent relationship with the ‘Tehreek-e-Khatm-e-Nubuwwat’ (finality of the Prophethood). He had the great love with the proponents and workers of ‘Khatm-e-Nubuwwat’. He specially focused upon them. He would also support them financially. He was highly interested in train’s engine since childhood. Once, a friend asked for the reason of interesting, he said, “I like its four styles”.

Courage: As much fire you put into the engine of train, it moves so fast.

Loyalty: Wherever it goes, it will carry all its containers there without distinction. Selflessness: It burns itself and carries others up to their desired destination. Persistence: It goes on fixed line.   That way, he described the peculiarities of Murshid in a great simple and easy way. (Mehr-e-Muneer, p366) 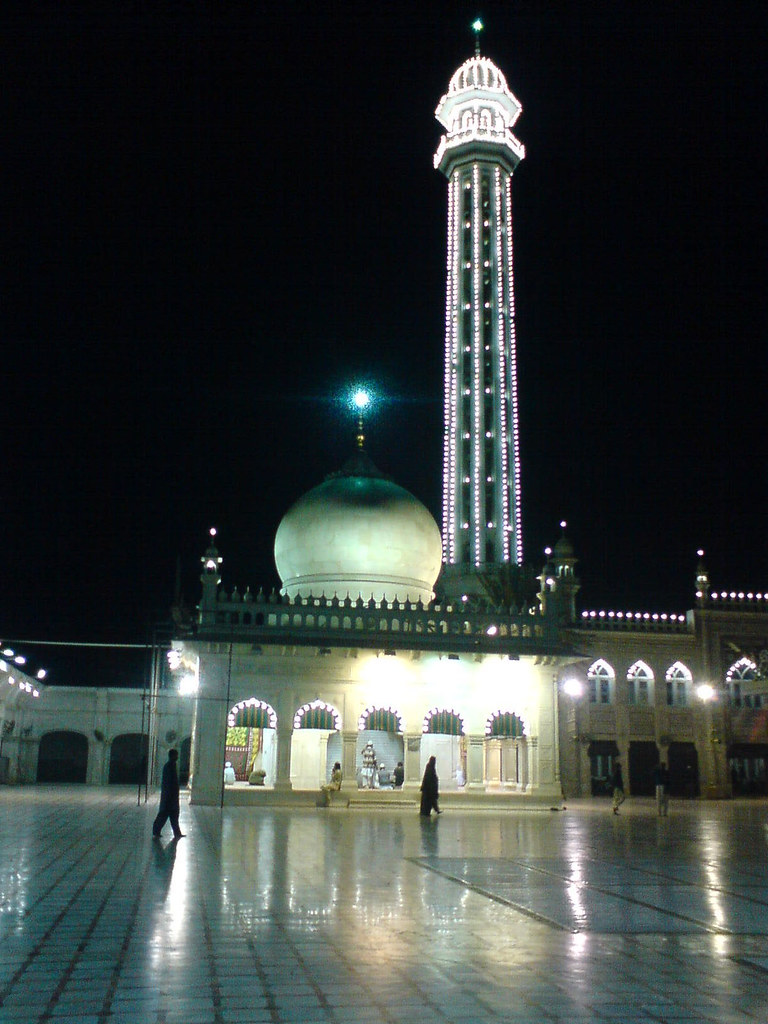