His name is al-Hasan, Abu Muhammad. Being a resident of “Asgar a suburb of Samarra”, he is titled al-askari. His father was Imam “Ali An-Naqi (A.S.) and his mother was Salil Khatun, an ideal woman in piety, worship, chastity and generosity. He was born in Medina on the tenth of Rabi” al-Akhir, 232 A.H. (December 4, 846 AD).

He lived under the care of his respected father upto the age of 11. When his father had to leave for Samarra” he was to accompany him and thus share the hardships of the journey with the family. At Samarra”, he passed his time with his father either in imprisonment or in partial freedom. He had, however, the chance to benefit from his father”s teaching and instruction.

His father died in 254. A.H. (868 AD) when he was twenty-two. Four months before his death, the father declared his son to be his successor and executor of his will, asking his followers to bear witness to the fact. Thus the responsibilities of Imamate were vested upon him which he fulfilled even in the face of great difficulties and hostile environment.

In the early days of his lmamate, Al-Mu”tassam Al-“Abbasi was the caliph. When the latter was deposed, he was succeeded by al-Muhtadi. After his brief reign of only eleven months and one week, al-Mu”tamad came to the throne. During their regimes, Imam Hasan al-askari (A.S.) did not enjoy peace at all. Although the Abbaside dynasty was involved in constant complications and disorders, each and every king thought it necessary to keep the Imam (A.S.) imprisoned.

One of the Holy Prophet”s traditions ran that the Prophet (S.A.W) would be succeeded by twelve soccessors, the last of whom would be the Mahdi, Qa”im “Al-Muhammad (A.S.). The “Abbasides knew well that the true successors of the Prophet (S.A.W) were these very Imams. AI-Hasan (A.S.) being the eleventh, his son would surely be the 12th or the last. They, tried to put an end to his life in such a way, that it would ensure there would be nobody to succeed him. As the simple confinement inflicted on Imam “Ali an-Naqi (A.S.) was considered inadequate for Imam Hasan al-“askari (A.S.), so he was imprisoned, away from his family. No doubt the revolutionary intervals between two regimes gave him brief periods of freedom. Yet as soon as the new king came to the throne, he followed his predecessor”s policy and imprisoned the Imam again. The Imam”s brief life therefore was mostly spent inside dungeon cells.

Under all circumstances, the Imams carried out their duties of guiding the people. Imam Hasan Al-“askari was subjected to numerous restrictions,and those who sought to learn the teachings of AhI al-Bayt (A.S.) and their Shi”ah point of view could not reach him. In order to solve this problem, the Imam appointed certain confidants as his deputies in view of their knowledge of jurisprudence. These persons satisfied the curiosity of inquirers as much as they could. But if they could not solve certain theological problems, they would keep them pending the acquisition of their solutions from the Imam (A.S.) whenever they got the opportunity to see him. Of course the visit to the Imam (A.S.) by a few individuals could be allowed by the government but certainly not by groups who wished to see the Imam (A.S.) on a regular basis.

The Khums (1/5 of total savings), which was being paid to the Imams (A.S.) by the believers who cherished these Imams and regarded them as representatives of the Divine Law was spent by these sacred saints on religious matters, and to sustain the Prophet”s descendants. This Khums was secretly collected by these deputies, who spent it according to the directives of the Imam. They accordingly were in constant danger of being identified as such by the governments’ secret intelligence service. In order to divert this danger, Uthman ibn Sa”id and his son Abu Ja”far Muhammad, two prominent deputies of the Imam (A.S.) in the capital Baghdad, ran a big shop trading in oils. This provided them with free contact with the concerned people. It was thus that even under the very thumb of the tyrant regime that those devotees managed to run the system of the Divine law unsuspected.

Imam Hasan Al-“askari (A.S.) was one of that illustrious series of the immaculate infallible each member of whom displayed the moral excellence of human perfection. He was peerless in knowledge, forbearance, forgiveness, generosity, sacrifice and piety. Whenever Al-Mu”tamad asked anybody about his captive Imam Hasan al-“askari (A.S.), he was told that the Imam fasted during the day and worshipped during the night, and that his tongue uttered no word but remembrance of his creator. During the brief periods of freedom and stay at home, people approached him hoping to avail from his benevolence, and they went back well rewarded. Once when the “Abbaside caliph asked Ahmed ibn “Abd Allah ibn khaqan, his Minister for Charities (awqaf), about the descendants of Imam “Ali (A.S.), he reported: “I do not know anybody among them who is more distinguished than Hasan al-“askari. None can surpass him in dignity, knowledge, piety and abstinence, nor can anybody match him in the point of nobleness majestic grandeur, modesty and honesty”.

As Center of Learning

Imam Hasan al-“askari (A.S.) had a brief span of life, only twenty-eight years, but even in this short period, which was furled by a chain of troubles and tribulations, several high ranking scholars benefited from his ocean of knowledge. He also stemmed the flood of atheism and disbelief, which ensued, from the philosophers of that age, winning conspicuous success over them. One of those was Ishaq al-Kindi. He was writing a book on what he called “self-contradictions” in the Holy Qur”an. When the news reached the Imam (A.S.), he waited for an opportunity to refute and rebut him. By chance, some of Ishaq”s students came to him. The Imam asked them: “Is there anyone among you who can stop Ishaq from wasting his time in this useless effort fighting the Holy Qur”an?” The students said: “Sir, we are his students: how can we object to his teaching?” The Imam urged that they could at least convey to their teacher what he had to tell them. They replied that they would be ready to cooperate as much as they could in that respect.

The Imam (A.S.) then recited a few verses from the Holy Qur”an, which the philosopher thought as contradictory of one another. He then explained to them thus: “Your teacher thinks that some of the words in these verses have only one meaning. But according to the Arabic language, these words have other meanings too which, when taken into consideration, indicate no contradiction in he overall meaning. Thus, your teacher is not justified for basing his objections and claim of contradictions on the premises of the “wrong meaning” he himself selects for such verses”. He then put up some examples of such words before them so clearly that the students conceived the whole discussion and the precedents of more than one meaning.

When these students visited Ishaq al-Kindi and after routine talk, reproduced the disputed points, he was surprised. He was a fair-minded scholar and he listened to his students” explanations. Then he said: “What you have argued is beyond your capacity: tell me truly who has taught you these points?” The students said that it was their own reflection, but when he insisted that they could never have conceived those points, they admitted that, it was explained to them by Abu Muhammad Imam Hasan al-askari (A.S.). The instructor said: “Yes: this level of knowledge is the heritage of that House and only that House”. Then he asked the students to set fire to all such works of his.

Imam Hasan al-askari (A.S.) was a reliable authority for traditionalists who had recorded several traditions in their collections on his authority. One tradition about drinking runs thus: “The wine drinking is like an idolater”. It has been recorded by Ibn al-Jawzi in his book “Tahrim al-Khamr” (prohibition of wine drinking) with continuous chain of references tracing its narrators. Abu Na”im Fadl ibn Waki states that the tradition is true as it has been narrated by his companions such as Ibn “Abbas, Abu Hyrayra, Anas, AbdAllah ibn Awf al-Aslami and others.

Unfortunately, these storehouses of knowledge are not available.

Imam Al-Hasan al-“askari, peace be on him, said:

Let piety be your provision, patience be your garment, and buy hardship in the path of Allah. Be true in your speech, trustworthy in performing your deeds, prolong your sajdah (prostration), deal with others with best behavior, and treat your neighbor amicably. Perform your prayers even with those whom you think to be your opposition; attend their funeral ceremonies, visit their sick, and give them their rights. Verily I tell you that whosoever is honest and has good behavior in the eyes of others, he is the pious Shia whom I will be proud of. Therefore, fear Allah, be as adornment on behalf of us and be not as shame that defames our name. This is the only way by which others shall be attracted toward us (the Ahlul Bayt of the Holy Prophet s.w.) 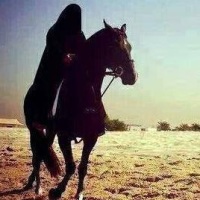