Labīd (Abu Aqil Labīd ibn Rabī’ah) (Arabic لَبيد بن ربيعة بن مالك أبو عقيل العامِري) (c. 560 – c. 661) was an Arabian poet.
He belonged to the Bani Amir, a division of the tribe of the Hawazin. In his younger years he was an active warrior, and his verse is largely concerned with inter-tribal disputes. Later, he was sent by a sick uncle to get a remedy from Allah’s Messenger (may peace be upon him) at Medina and on this occasion was much influenced by a part of the Quran. He accepted Islam soon after 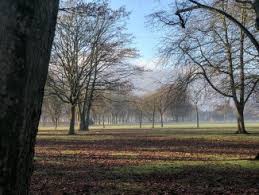 Abu Huraira reported Allah’s Messenger (may peace be upon him) as saying: The truest word spoken by an Arab (pre-Islamic) in poetry is this verse of Labid: “Behold! apart from Allah everything is vain.”

Later on, Labid came to accept Islam and continued to compose poems until his death, placing his gifts at the service of religion.

Every thing, but Allah, is vain
And all happiness, unconditionally, will vanish
When a man is on a night joumey, he thinks that he has accomplished some deed
But man spends his life in hopes
…
If you do not trust your self, approve it
Perhaps the past would unclose it to you
When you do not find a father other than ‘Adnan and Ma’ad,
The judge (God) will punish you
On the day when every body will be informed of his deeds
When the record of his life is opened before Allah’

Prophet Muhammed (pbuh) said regarding the first verse of the above eulogy.