Incidents about the Character and Actions of Rasulullah SAW Inspired People to Accept Islam.

The Conversion to Islam of Zaid bin Su’na RA who had been a Jewish Rabbi. Abdullah bin Salaam RA narrates that when Allah SWT decreed that Zaid bin Su’na RA should accept Islam, Zaid bin Su’na RA himself said, “When I looked at Rasulullah SAW, I recognized all the signs of Nabuwaat except for two signs that I had not tested:

(1) That his self-control should outstrip his anger and

(2) His tolerance will control the display of any extreme foolishness.”

Zaid bin Su’na RA narrates further that Rasulullah SAW had just emerged from his rooms one day with Saidina Ali bin Abi Talib RA when a rider who appeared to be a Bedouin came to him. He said, “0 Rasulullah! A few people from a certain tribe have accepted Islam because I told them that they will receive a n abundance in sustenance if they accepted Islam. However, no rain has fallen and they are afflicted by a drought. 0 Rasulullah! I fear that they may leave the fold of Islam out of greed just as they had entered out of greed. If you agree, we could perhaps send them something to assist them.”

Rasulullah SAW handed over the money to the person and said to him, “Take this to assist them.”

Zaid bin Su’na RA narrates further that there were only two or three days left for the expiry of the term, when Rasulullah SAW left his home to perform a funeral prayer. With him were Saidina Abu Bakr RA, Saidina Umar Al Khattab RA Umar, Saidina Uthman ibn Affan RA and several other Sahabah.

When they approached a wall to sit by it, Zaid bin Su’na came to Rasulullah SAW and grabbed hold of Rasulullah’s collar. Staring angrily into the face of Rasulullah SAW, he said. “0! Muhammad! When are you going to pay my dues? By Allah! All that the children of Abdul Muttalib have learnt is how to procrastinate! By mixing with you people, I now have first-hand knowledge of this! “Zaid bin Su’na says that as he was doing this, his gaze’ fell on Saidina Umar Al Khattab RA. He noticed that Saidina Umar Al Khattab eyes were starting to roll with anger and he stared with fury. He said, “0 enemy of Allah! Do you speak to Rasulullah like that and treat him in this manner.

Had it not been for respect of being in the company of Rasulullah SAW, I would have cut off your neck! Zaid bin Su’na – says that all the while, Rasulullah SAW looked at him in a most calm and unruffled manner. Rasulullah SAW then said to Saidina Umar Al Khattab RA, “0 Umar! All that the two of us need is for you to tell me to pay him quickly and to tell him to place his demands in a better manner. 0 Umar! Go with him and give him his dues. Also give him twenty Saa of dates extra in lieu of the threat you gave him.’

Zaid bin Su’na replied, “0 Umar! When I looked at Muhammad, recognized all the signs of Nabuwaat except for two signs that ‘I had not tested; (1) that his self, control should outstrip his anger and (2) that his tolerance should conquer a display of extreme foolishness. I have now tested both these attributes. 0 Umar! I make you witness to the fact, that I am content with Allah as Rabb, with Islam as the true religion and with Muhammad SAW as the Nabi. I also make you witness to the fact that I give half of my wealth – and I am one of the wealthiest people – as charity to the entire Ummah of Rasulullah SAW.” Saidina Umar Al Khattab RA said, “Say that it is for a part of the Ummah because you will be unable to give all of them.” “Alright,” said Zaid bin Su’na RA, “then for a-part of the Ummah.” 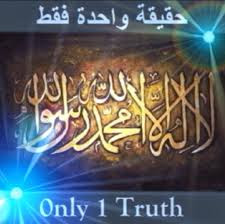 (3) Tabraani. Haythami (Vo1.8 Pg.240) has commented on the chain of narrators. Ibn Hibbaan, Haakim, Abu Shaykh and othes have hlso reported the Hadith. This is mentioned in lsaaba (Vol. l Pg.566) together with commentary on the chain of narrators and an addition which states that aJew said, “I have seen every description of Muhammad @$ as mentioned in the Torah except for.

The story has been transmitted by Tabarani (al-Mu`jam al-Kabeer), to which al-Haithami says that all of the narrators of the Tradition are sound. Also transmitted by Ibn Majah, Ibn Hibban, and Hakim, among others The Arabic version of this story has been taken from Muhammad Yusuf Kandhlawi’s Hayaat al-Sahaaba (The Lives of the Companions).