His full name is, Sultan-ul-Faqr IV Abu Bakr Taj-ud-Din Shaikh Syed Abdul Razzaq Jilani رحمۃ اللہ تعالٰی علیہ, the word Syed denotes his descent from Prophet صلى الله عليه و آله وسلم). The name Taj-ud-Din describes him as a “crown of religion” as he was the Mufti of Iraq during his time.[14] The phrase, al-Jilani refers to Gilan, the place of his father’s birth and he carried the family name.[15][16] However, Abdul Razzaq also carried the epithet, Sultan ul Faqr IV, referring to his spiritual status. His patronymic is Abu Bakr although rarely taken as part of his name.

He got religious and spiritual education directly from his father benefitting other scholars of his time. He got knowledge of hadith and Fiqh from his father, muhaddiths and learned group of scholars of that time. Being a Mufti of Iraq and due to his excellence as a jurist and scholar, he got the title of ‘Taj-ud-Din’ which literally means ‘the crown of religion’.[21] He was known for his abstinence and renunciation sending most of his time in prayers and dhikr. He only met people to preach turning many devotees into notable scholars and mystics.

Hafiz Imad-ud-Din Ibn-e-Kathir writes, “Hazrat Abdul Razzaq was perfectly accomplished mystic, ascetic and pious person. No one among the children of Shaikh Abdul Qadir Jillani رحمۃ اللہ تعالٰی علیہwas more learned and accomplished than him. He rejected worldly riches, status and high posts. He was least interested in worldly pleasures and always looked forward to the hereafter. He listened and learnt Hadith from many scholars and many people learnt Hadith from him”.

The Incident of Celestial Beings

One day Shaikh Abdul Razzaq was present in the assembly of his father. Some mysterious and invisible beings were flying in sky, he saw them with fear but Ghaus-ul-Azam told him not to worry as he was one of them. Hazrat Abu Zura’a Zahir Bin Al-Muqqadas Al-Dari is reported to have said, “Today, a few such people are also present here who live across the mountain of Qa’f Qudas, their foot steps are in the air, their cloaks and the crowns of love of Allah on their heads are burning due to the extreme fire of Divine passion.” Shaikh Abdul Razzaq was sitting close to the chair of Shaikh Abdul Qadir Jilani, listening to his words, he rose his head and gazed at the sky, in a moment his cloak and turban started burning and he fainted. Abdul Qadir Jilani rose up and put the fire out with his hands saying “Oh Abdul Razzaq you are also one of them”. Abu Zura’a says that “after the sermon I asked Shaikh Abdul Razzaq about the incident. He explained that when he gazed at the sky he saw some celestial spiritual people in the air whose cloaks and turbans were blazing with the extreme fire of Divine passion and they were circling and dancing in the air, they were thundering like clouds with the ache of Divine love. Seeing them he also felt the same”. [23]

Syed Abdul Razzaq Jilani is the forefather of Jilanis of Sindh, Kashmir, Afghanistan, North Western Frontier Province (Pakistan) and some other parts of India.

The founder of the Qadiriyya, Abdul Qadir Jilani, was a respected scholar and preacher.[25] Having been a pupil at the school (madrasa) of Abu Saeed Mubarak Makhzoomi he became the leader of this school after his death in 1119 CE. Being the new shaykh, he and his large family lived comfortably in the madrasa until his death in 1166, when his son, Abdul Razzaq, succeeded his father as the sheikh. The Qadiriyya flourished gradually and remained an influential Sunni institution. By the end of the fifteenth century the Qadiriyya had distinct branches and had spread to Morocco, Spain, Turkey, India, Ethiopia, Somalia, and present-day Mali.

In the Indian subcontinent, Sultan Bahooرحمۃ اللہ تعالٰی علیہ is held responsible for spreading Qadiriyya order. His method of spreading the teachings of the Sufi doctrine of Faqr through his Punjabi couplets and through his writings which exceeded to more than 140. He granted the method of Dhikr and stressed that the way to reach Divinity is not through asceticism or excessive or lengthy prayers but it is selfless love carved out of annihilation in Allah called Divine Love. 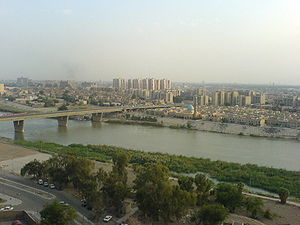 His death date is mostly noted to be 6 Shawwal 603 AH. His shrine is besides the shrine of Imam Ahmad Bin Hanbal رحمۃ اللہ تعالٰی علیہnear Baab-e-Harm in Baghdad. Few visitors and devotees are able to pay their regards due to the flow of river Tigris. He died on a Saturday, the 7 Shawwal 613 AH (some books mentioned 595 H, 1198 A.D) in Baghdad. A large crowd attended his funeral prayers, which were held also in many other places in Baghdad.

The following book is found to be Shaikh Abdul Razzaq’s work: