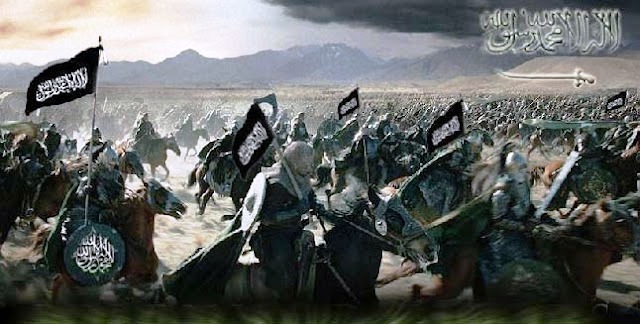 Hz. Abdullah bin Suhayl became a Muslim in the first years of Islam. He was subjected to unbearable tortures of the polytheists. Upon the permission of the Prophet, he migrated to Abyssinia. He stayed there for a while. He was fine there.  Nobody prevented him from worshipping. However, like all muhajirs, he experienced the agony of being separated from the Messenger of Allah. He could not put up with it anymore. He returned to Makkah risking all sorts of suffering and torture.

Suhayl’s father, who was a polytheist then, became very offended and angry when his son became a Muslim and especially when he migrated. He became very happy when his son returned. Now, he had the opportunity. He planned to punish Abdullah and to make him give up his religion. He took action immediately. First, he beat him violently; then, he tied him to a pole. He increased torture so much that Abdullah had to pretend to be a polytheist though he believed in the heart. Thus, he got rid of his father’s cruelty.

Suhayl untied his son. He gave his son many things. He became very happy that he returned to idols. Days passed like that. The polytheists prepared an army for the Battle of Badr. Suhayl himself joined this army and he took his son with him. He did not think that he could still be a Muslim. However, Hz. Abdullah was still a Muslim. He did not give up his religion; he only said that he was a polytheist. He had a strong belief in his heart.

Hz. Abdullah had always looked for an opportunity to rejoin the Prophet since that day but he had not been able to rejoin him. He thought this would be a good opportunity for him. On the other hand, he prayed to Allah Almighty and asked for help.

The two armies confronted at Badr. Although Abdullah was among the polytheists bodily, he was with the Muslims spiritually. In his inner world, he was planning to rejoin the Messenger of Allah and to fight against the polytheists. The number of the polytheists was much more than that of the Muslims. He thought it was necessary to go to the side of the Muslims as soon as possible. He finally found an opportunity. He made a move and joined the mujahids. The dream he had had for months came true. He would not be sorry even if he died now.

His father became very angry when he saw his son among the Muslims; he uttered bad words. However, Abdullah did not heed them. He said to his father, “Allah Almighty made it good for me.” Then he attacked the polytheists with all his might. He had always waited for this moment. He fought heroically in this battle. He was appreciated by the Prophet. He was 27 years old then.

Hz. Abdullah joined all of the battles with the Prophet. He was also present in the Expedition of Umrah. During this expedition, he experienced an incident that deeply saddened him: The polytheists did not want to allow the Prophet to enter Makkah. However, they wanted peace. They appointed Suhayl bin Amr to make peace. Suhayl objected to Bismillah being written at the beginning of the treaty and the Prophet being mentioned as “the Messenger of Allah”. He said, “If we believed that you were the Messenger of Allah, we would not fight against you!” The Prophet accepted all the terms of Suhayl in this agreement. He showed some of the Muslims as witnesses. One of the witnesses was Abdullah.

This impudent act of his father’s saddened Abdullah a lot. He lowered his head out of embarrassment.

However, a little later something that saddened Hz. Abdullah more than this occurred: Hz. Abdullah’s brother, Abu Jandal, had been chained by the polytheists because he was a Muslim. However, he managed to escape and took refuge in the Prophet. Suhayl bin Amr was surprised to see his son suddenly. He held Abu Jandal’s neck. The branch with thorns in in his hand hit Abu Jandal’s his face. He said, “O Muhammad! This is the first person you have to return to me in accordance with our treaty.” The Prophet did not want to accept this demand first. However, Suhayl insisted, “I will not sign the treaty!” The Prophet had to accept it. He handed Abu Jandal to his father. He said to Abu Jandal, “Be patient. Ask Allah for a thawab for this. Allah will soon show you a way.” Abu Jandal accepted the request of the Messenger of Allah willingly. He returned to Makkah with his father, taking the risk of all kinds of difficulties. This incident saddened all of the Companions deeply there. However, Hz. Abdullah was even more distressed but he was patient. He believed that Allah Almighty would create a solution.

Hz. Abdullah was also present in the Conquest of Makkah. Like some ferocious polytheists, his father, Suhayl, was among the polytheists to be killed when captured. He asked the Prophet to forgive his father. The Messenger of Allah forgave him for the sake of Abdullah and his brother Abu Jandal. Hz. Abdullah became very happy about it. He immediately rushed and found his father in the place where he was hiding; he gave his father the good news. Suhayl bin Amr did not even think that he would be forgiven despite all of his hostility against the Muslims. Due to this kindness of the Prophet, he became a Muslim by uttering kalima ash-shahadah. After that, he started to work for Islam with might and main. From time to time, he cried, remembering his previous life

Hz. Abdullah made great efforts to suppress the movements of apostasy that occurred after the death of the Prophet. He made jihad heroically. Finally, he attained the rank of martyrdom. At that time, he was 38 years old.

During hajj, Hz. Abu Bakr expressed his condolences to Abdullah’s father, Suhayl bin Amr. Suhayl, who had tortured his sons years ago because they were Muslims, said, “I wish I had been martyred too!” Then, he said:

“The Messenger of Allah informed me that a martyr would intercede for 70 of his relatives. I hope that my son will not intercede for anyone before me. “[1]